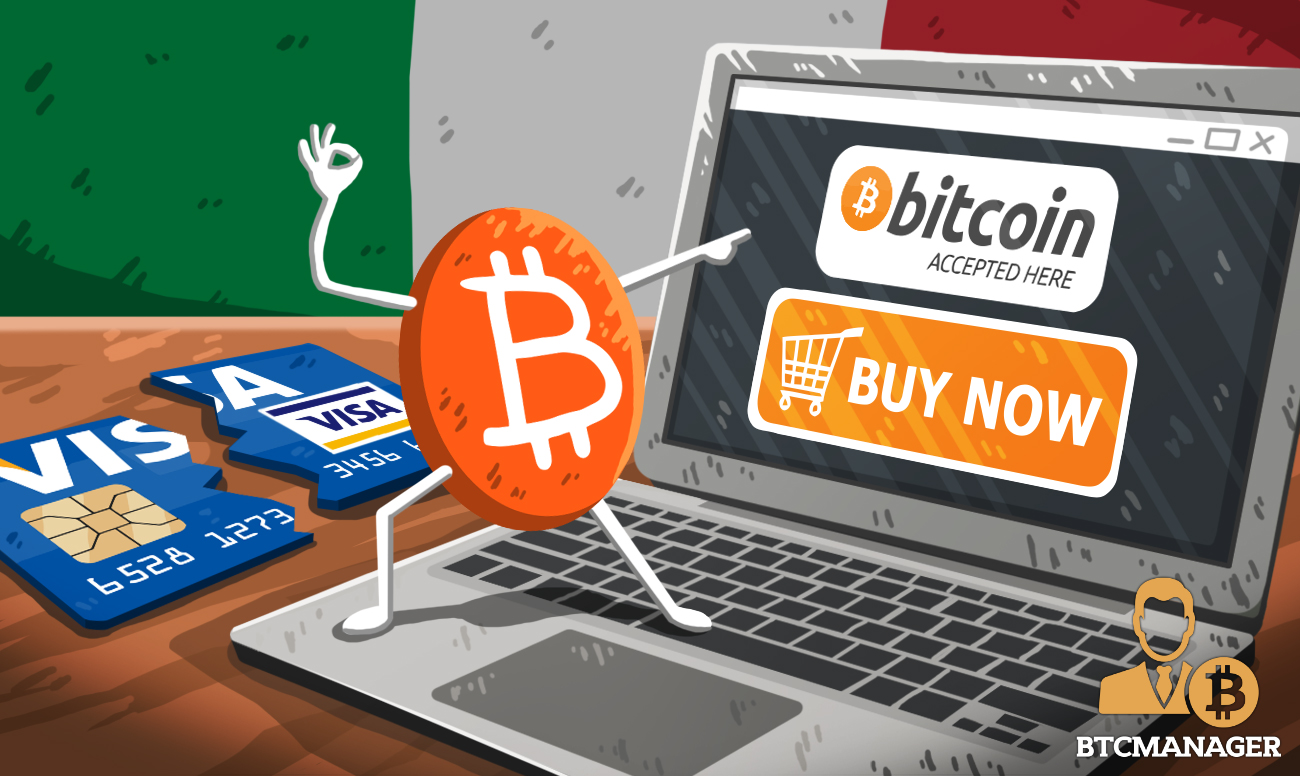 Bitcoin adoption in Italy, one of Europe’s largest economies is steadily on the increase, as a new research report released on October 28, 2019, by SEMrush, a software-as-a-service (SaaS) platform for online visibility management, has revealed that bitcoin (BTC) the world’s number one distributed ledger technology (DLT) based virtual currency is now the third most used payment method in the nation.

Despite the super volatile nature of Satoshi Nakamoto’s Bitcoin (BTC) and the lack of regulatory clarity that still plagues the global cryptospace, Italians still prefer paying with the digital currency to the euro.

According to a survey by SEMrush, Bitcoin currently occupies the third position in terms of the most used online payment methods in the nation, after PayPal and PostePay, a reloadable prepaid card developed by Italian firm, Poste Italiane.

Reportedly, an average of more than 215,800 transactions carried out in Italy every month, involve Bitcoin (BTC), while other payment methods such as American Express and credit cards manage just 189,000 and 33,950 transactions respectively.

Bitcoin Awareness on the Rise

SEMrush further notes that the initial skepticism and suspicion that surrounded Bitcoin (BTC) in Italy is fast fading away, as more and more Italians are getting enlightened about the workings of Bitcoin.

SEMrush has made it clear that despite the fact that most e-commerce platforms in the region are still reluctant to adopt Bitcoin as a payment method, in June 2019 alone, the premier cryptocurrency was used for payments in 368,000 transactions.

While notable Bitcoin and cryptocurrency haters including U.S. President Donald Trump firmly believe that it is not fit to function as a currency or a store of value, the virtual currency keeps attracting the interest of people across the world with each passing day.

In September reports emerged that Google searches for Bitcoin’s ticker, BTC, suddenly spiked to new highs, much higher than it was in 2017 when the price of Bitcoin nearly hit $20,000, with some observers arguing that crypto traders were trying to manipulate prices.

Earlier in June  2019, the Italian government hinted at launching a currency parallel to the euro and the move has triggered a significant demand for Bitcoin (BTC) and other alternative assets in the region.