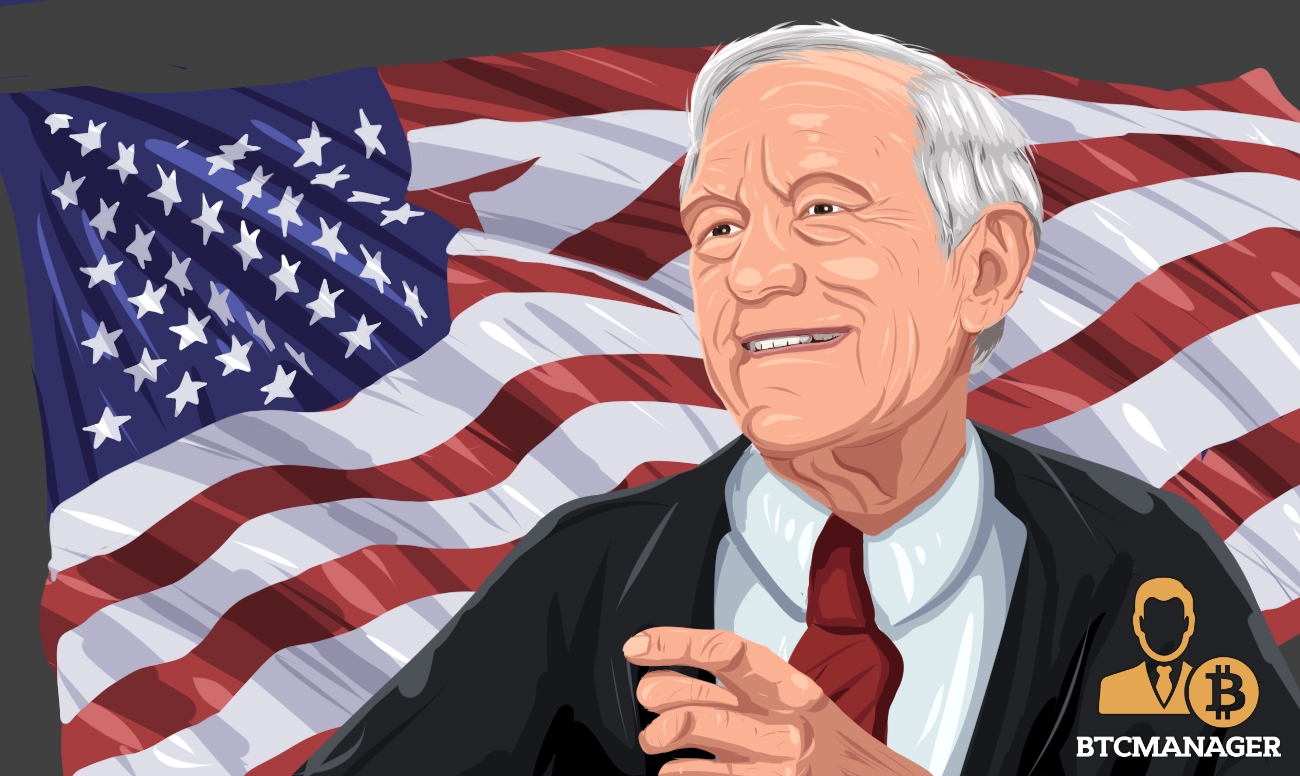 Former presidential candidate Ron Paul published an article titled “Trump Is Right, the Fed Is Crazy” in November 2018, pointing out for the immediate detaxation of cryptocurrencies and precious metals in the United States.

According to Paul, the U.S. Federal Reserve is abusing its position to manipulate interest rates and the stability of the dollar. If this continues, the American economy could be in for a significant recession, with most of the population left to deal with the aftermath of a devalued currency.

The solution, Paul says, is to look at alternative investment instruments. He believes individuals have historically chosen to use a precious metal such as gold or silver as money for reasons including that precious metals are durable and that their value tends to remain relatively stable over time.

Paul explained that since the supply of precious metals is finite, the economy’s interest rates will be stable. The lack of central bank oversight also means that currency held by the masses cannot be easily devalued at some future date. Take, for instance, the state of Venezuela, where hyperinflation and economic volatility has banished most of the population to poverty.

In the past few months, a large number of locals have resorted to decentralized cryptocurrencies and precious metals to secure their savings. While the government has launched its own state-backed digital currency, the Petro, it too suffers from the same shortcomings.

Created in the early 20th century, Paul claims that the US Federal Reserve has done little to prevent the rapid devaluation of the dollar. “The steady erosion of the dollar’s value punishes savers and rewards those who seek instant gratification even if it requires piling up massive debts,” he explained. “So the Federal Reserve is at least partially to blame for the rise of a culture that devalues thrift.”

The former congressman also condemned the central bank’s lack of transparency, saying that “It is amazing how many economists who oppose price controls on all other goods support allowing a secretive central bank to control the price of money.”

Statistically, the United States has gone through several recessions since the Great Depression. A research paper published by the Federal Reserve Bank of San Francisco found that “A negative term spread preceded every U.S. recession in the past 60 years, that is, an inverted yield curve.”

An inverted yield curve is observed when long-term investments return a lower yield than short-term ones. With the Federal Reserve continually altering the interest rates on short and long-term instruments, Paul’s argument holds some merit.

Bitcoin and Gold: A Hedge against Fiat

While this discussion has recently surfaced only because Ron Paul is one of the most vocal critics of the Fed, it is important to note that bitcoin was always intended to function as a hedge against central banks. The very first block mined on the bitcoin blockchain, the genesis block, contained the text, “The Times 03/Jan/2009 Chancellor on the brink of the second bailout for banks.”

In the past, Satoshi Nakamoto, bitcoin’s anonymous creator, has also said, “The central bank must be trusted not to debase the currency, but the history of fiat currencies is full of breaches of that trust.” Ultimately, it is reasonable to conclude that the genesis block text was a reference to a report by The Times on the state of the 2008 global financial crisis.

Ron Paul stands by his belief that the Federal Reserve’s continued influence will only bring financial ruin. He wrote, “It is likely that the next Fed-created recession will come sooner rather than later. This could be the major catastrophe that leads to the end of fiat currency.” To prevent this, he has proposed that Congress pass the ‘Audit the Fed’ bill, which will hopefully bring more transparency and shed some light on some of the Fed’s actions.

Additionally, he also said that the government should not place arbitrary limitations on an alternative tender. According to him, this means allowing the use of other currencies and forms of payments. He has also proposed the exemption of “all transactions in precious metals and cryptocurrencies from capital gains taxes and other taxes.”

The United States tax regulator, the Internal Revenue Service, currently treats the cryptocurrency asset class as property, which means that each trade attracts either short term or long term capital gain tax. With tax rates as high as 23 percent per trade, trading bitcoin any other cryptocurrency quickly becomes infeasible for just about any amount.