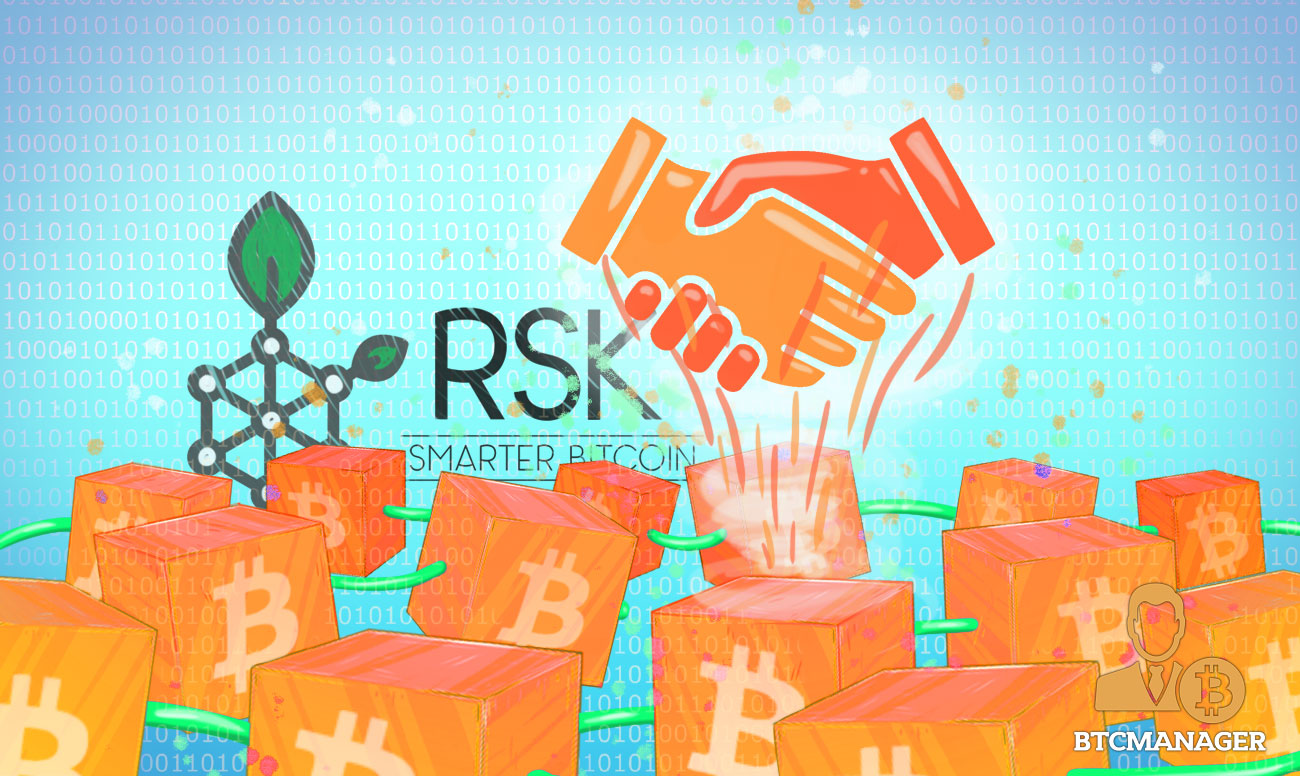 RSK Labs cofounder Gabriel Kurman announced that one of ten miners now secured a smart contract solution built by the company on the Bitcoin blockchain. RSK, formerly known as Rootstock, will bring smart contracts, a key feature of the ethereum blockchain, to the world’s largest and most popular cryptocurrency, bitcoin. The news came at Consensus 2018, the fourth annual blockchain summit from May 14 to May 16, 2018, at the New York Hilton Midtown.

The RSK Labs cofounder highlighted the impact of a significant share of the total miners in the Bitcoin network now securing smart contracts on the blockchain. He said, “It’s a major announcement for bitcoin as a whole. This [ten] percent is coming from 80 percent of the total mining pool power.”

Although the current ratio of miners currently securing the side chain is approximately one in ten, around 80 percent of all miners have pledged support in the near future. The action highlights the overwhelmingly positive response to smart contracts being implemented on Bitcoin’s blockchain. With more hash power expected to join the network in the coming months, it will also become possible to implement working smart contracts built to handle daily workloads.

Miners are rewarded for maintaining the side chain by a concept known as merge mining. Kurman added:

“It makes sense, after all, because the sidechain is designed to be merged-mined – a process which allows miners to get transaction fees by contributing their hash power to the sidechain, all while using the same equipment, electricity, and power they’re already using to mine bitcoin.”

RSK could add a new revenue source for Bitcoin miners that have seen profitability dwindle due to the increasing hashrate on the Bitcoin network. With the same hardware and no new cost, miners can join the side chain to keep it running.

RSK launched the bamboo mainnet beta release on January 5, 2018. This was followed by the announcement of the launch of the RSK blockchain, a side chain of the Bitcoin main chain. The open-source smart contract platform has a two-way peg with bitcoin that will reward Bitcoin miners via merge mining. Bitcoin lacks the turing smart contract capabilities due to which it has historically trailed Ethereum in creating a smart contract.

Ethereum has its ether (ETH) token which is spent as gas to enforce a smart contract or to interact with the main chain. RSK, on the other hand, has no pre-mined coins nor will mint any coins in the future. Hence, RSK has no speculative value and will only complement the bitcoin blockchain rather than compete with it like Ethereum.

The RSK side chain allows for improved Bitcoin scalability. The company claims to manage 100 transactions per second “without sacrificing decentralization and reducing storage and bandwidth usage using probabilistic verification and fraud proofs, as well as blockchain sharding techniques.”

Cofounder Kurman acknowledged that even though 100 transactions per second might be a significant improvement over existing technology, it may still be insufficient for mass adoption. The side chain may face scaling problems in the future similar to how existing blockchains struggle with them. Kurman said that his team was already working to find a solution for the issue.

Newer blocks can be added to the side chain at intervals of ten seconds with low stale block rate. This procedure is possible because RSK uses DECOR and GHOST protocols.

RSK will launch Lumino, a combination of the best features of Lightning and Raiden. Kurman added, “Before the end of the year, we hope to launch the Lumino network, which will allow for 20,000 transactions per second.”