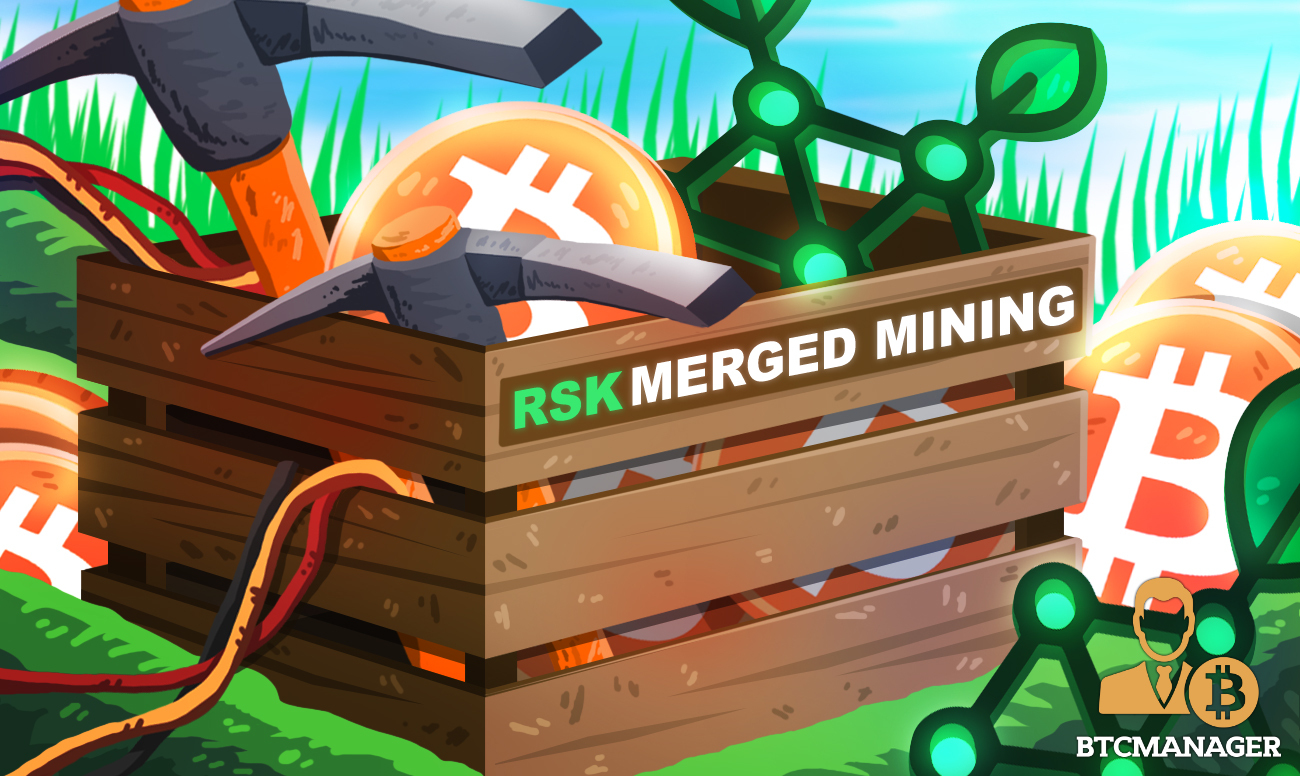 RSK (Rootstock) is a Bitcoin sidechain and a smart contract platform. The IOVlabs-built protocol draws its security from the primary chain.

Overly, RSK improves the Bitcoin ecosystem because it supports the execution of complex transactions (smart contracts) impossible in the base layer.  Additionally, RSK improves the scalability and functionality—specifically through the launch of the DeFi platform. Other developments include the issuance of stablecoins, decentralized identities, blockchain traceability and interoperability solutions.

The sidechain can secure its ecosystem using Bitcoin through a merged mining process. However, for a better understanding, we should first know why they settled on Bitcoin.

What is Bitcoin Mining?

For starters, Bitcoin is the world’s most valuable digital currency. From its network is a diverse community made up of developers, users and caretakers. Caretakers comprise miners.

As a Proof-of-Work system, miners provide the hashing power to confirm transactions and add them to a block. To synchronize with others, they run special software connecting them to the network and miners.

Since Bitcoin mining is highly resource-intensive, miners receive incentives to participate. Roughly every 10 minutes, the network releases 6.25 BTC. With the evolution of technology–and the need for projects to operate secure and decentralized platforms off the bat, solutions have been created enabling their launch and sourcing of security from the base layer.

The act through which secondary protocols can source security from Bitcoin is called merged mining. RSK is secure and runs a general-purpose sidechain expanding Bitcoin’s functionality and ecosystem because of merged mining.

What Is Merged Mining Exactly?

Simply put, it is a technique through which the same hash rate that protects the primary layer can be used not only for consensus but for security in the secondary chain. The RSK platform is currently the most profitable merged mining platform.

Typically, miners earn 80% of fees from every competing block submitted to the network without requiring Bitcoin miners to purchase new gear. Equipment used by Bitcoin miners is used to mine RSK since, as aforementioned, they are based on the same hashing algorithm.