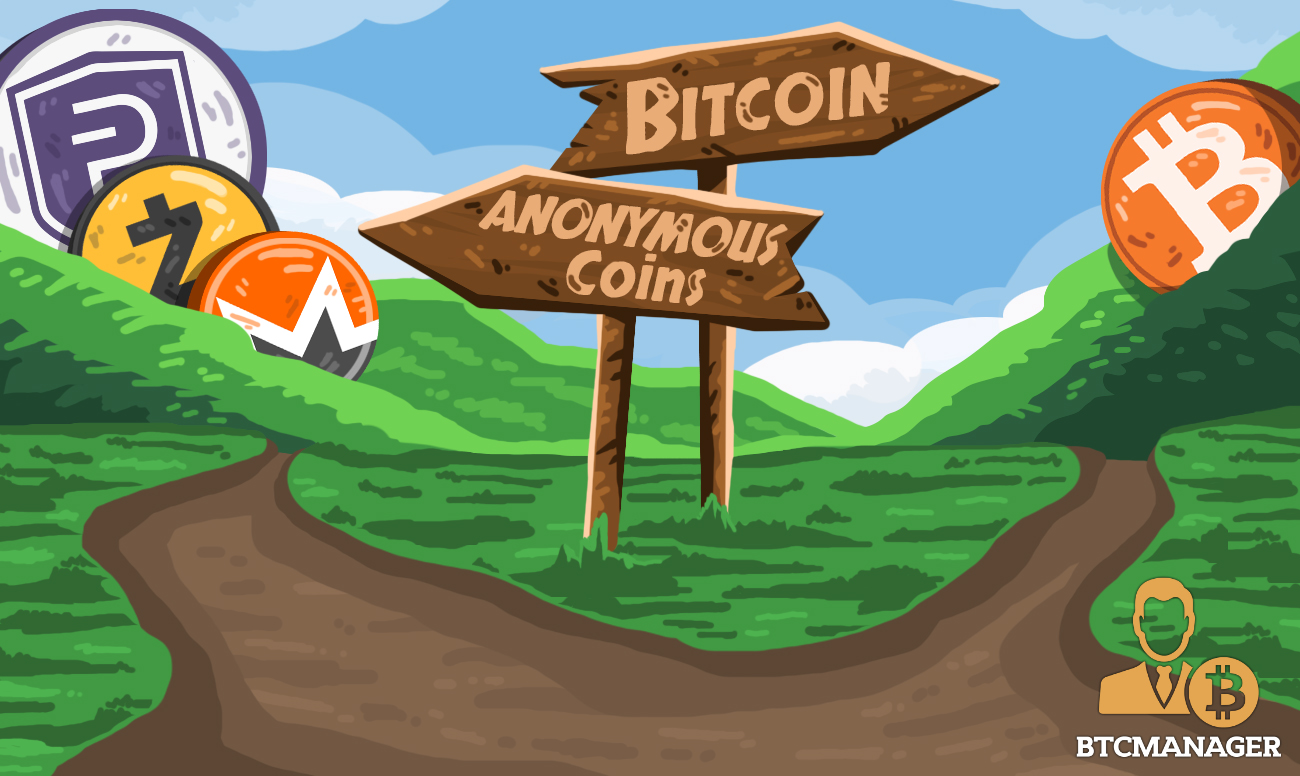 Over the past several years, the number of privacy-centric altcoins in the crypto asset market has risen, as has the value of the leading privacy-centric altcoins. Personal financial sovereignty has always been high on the agenda of bitcoin users and has been, for many, the key driver for adopting bitcoin as a currency in the first place. However, due to increased de-anonymization of the bitcoin blockchain, bitcoin users are starting to look towards privacy-focused alternatives that enable them to keep their financial affairs private.

The Bitcoin Blockchain is Under Close Scrutiny

Bitcoin blockchain de-anonymization methods have been developed and sold to authorities to help them to find out who owns what and how much they own. Blockchain transaction analysis, bitcoin wallet address clustering, linking IP addresses to bitcoin wallets, and linking browser cookies to transactions and their wallets are no longer just theoretical methods of tracking bitcoin transactions.

The U.S. tax collection agency, the IRS, has been using Chainalysis to discover bitcoin tax evaders. Bitfury has announced it has developed a bitcoin blockchain de-anonymization method that can successfully identify bitcoin users through the use of wallet address clustering. These are just two bitcoin de-anonymization solutions that are already in play.

For cryptocurrency users who prefer to preserve their financial sovereignty, bitcoin, as a currency, is becoming less desirable since each transaction may happen under the watchful eye of the state and its henchmen. Hence, many crypto users are moving towards anonymous cryptocurrencies. Due to the technical features of privacy-centric altcoins, users are able to preserve their financial sovereignty and thus also their individual liberty.

Government officials and law enforcement agencies consider this a major concern, and some even consider the ability to conduct anonymous financial transactions threatening to society. However, the reality is that enhanced financial privacy provides several benefits for both private and enterprise users of cryptocurrencies that far exceed the “threats” of terrorist financing and money laundering.

Financial privacy protects the personal safety of investors. For example, wealthy cryptocurrency investors that have been publicly identified as major holders have become a target for both cyber and violent criminals seeking to steal funds from these individuals. The recent rise in crypto muggings is a testament to this risk. When using privacy coins, on the other hand, no one can view a holder’s balances on a public blockchain, which adds a layer of personal safety for cryptocurrency users.

Furthermore, privacy coins, as the term suggests, can also help individuals preserve their data privacy. In light of mass data collection by corporations such as Google, Facebook, and government agencies, the use of anonymous digital currencies enables users to protect their financial data from misuse.

Businesses that accept decentralized digital currencies benefit from increased privacy as well. With anonymous transactions, businesses can rest assured that their financial transaction information cannot be used against them as bargaining power by suppliers, for example, who could see how much they are paying versus their competitors when a public blockchain-based cryptocurrency is used for business transactions.

Not Today but Maybe Tomorrow

While it makes perfect sense for anyone who cherishes their financial sovereignty and wants to preserve their financial privacy to immediately switch from bitcoin to anonymous digital currencies, the reality is that there are several other factors that are stalling this development. Realistically speaking, bitcoin (BTC) users, particularly people who actually get paid in BTC and spend BTC, will not jump ship to anonymous coins for their day-to-day financial management any time soon.

The bitcoin ecosystem, which is composed of ATMs, merchants that accept BTC, exchanges, useful apps, and more, has only recently reached a level where it is possible to live largely off of bitcoin alone. In contrast, anonymous digital currencies have a far less developed ecosystem. Merchant adoption of Zcash, Monero, and PIVX is minuscule compared to that of bitcoin. Given how long it has taken bitcoin to achieve a certain degree of adoption, it is unlikely that anonymous coins, which also suffer from a negative dark web association, will witness a much faster uptake than their predecessor.

Volatility is another issue with anonymous coins. When the price of bitcoin drops by five percent in a day, anonymous coins tend to drop by double that, if not more. Of course, the same can also be said for days when the market is up, but the fact that the volatility of altcoins is still much higher than that of bitcoin means that they do not act as the best store of value, especially in a prolonged bear market as has been witnessed since the start of the year.

Finally, security is also a factor. The bitcoin network has one of the most decentralized networks in the market, which adds to its network security. Many of the smaller anonymous altcoins are much more centralized, which makes them more prone to price manipulation as well as 51 percent attacks. Hence, most anonymous digital currency networks need to grow in two distinct ways to be considered a viable alternative to bitcoin for actual day-to-day cryptocurrency users.

In the first, when thinking of a coin’s hashing power, the threat of a 51 percent attack is directly related. A coin, such as bitcoin, has a significantly higher hashing rate than almost every other cryptocurrency in the ecosystem. This feature makes it much less susceptible to a 51 percent attack (with some exception). This, however, is not true for less secure networks (i.e. those with a lower hash rate).

Another important feature, relevant to the Proof of Stake (PoS) consensus algorithm, is that this variety of threat is nearly exclusive to PoW alogrithms. PIVX told BTCManager that, “In PoS coins the stakers supply the “hashing power” so you indeed would have to look at the distribution of the coin. Anyway, due to the fairness argument, one would need an -let’s just say- ‘enormous’ amount of coins to be able to reorganize even a couple of blocks. What’s really worth noticing is the fact that “renting” is not a thing in the stake world. In proof of work, I can easily rent your power: I send you some BTC and you point your asics to the pool I give you. In POS this is not really possible.”

In the second point, price manipulation refers to thinly traded coins that can be easily taken for a Pump and Dump scheme via non-technical social media channels and the like.