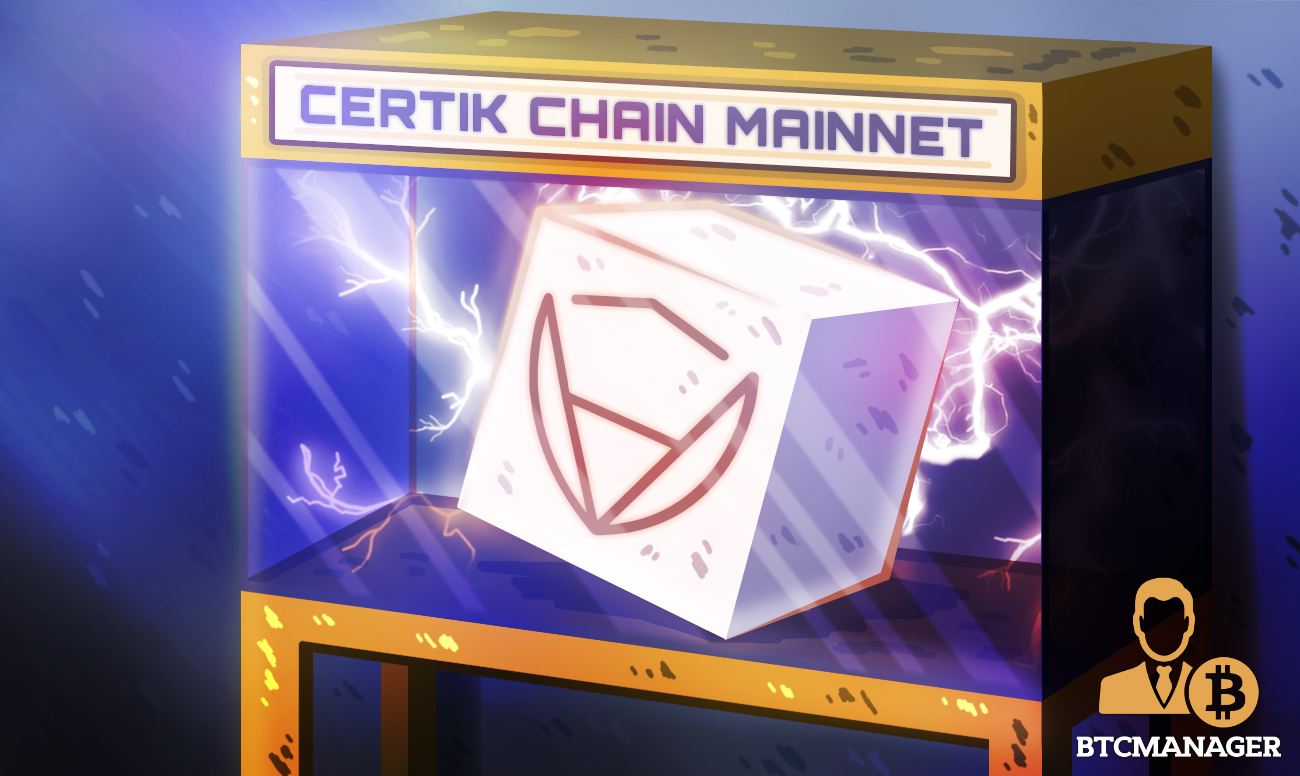 Certik–a software audit firm that helps in the security of smart contracts, has announced the release of its new interoperable and open-source blockchain, the Certik Chain, to accelerate blockchain adoption, innovation, and development, through an on-chain security scoring system as per a press release on Oct 26.

Describing the platform as highly decentralized, secure, and open, its launch follows months of thorough tests stretching back to March 2020. In July, the Shentu Incentivized testnet went live.

The new blockchain, the Certik Foundation said, has built-in components that continuously audits smart contracts and blockchain code, setting a standard for blockchain security protocols while remaining in sync with Satoshi Nakamoto’s and blockchain’s principle of provable trust. Certik Chain is an interoperable delegated Proof-of-Stake blockchain with modules to bridge across different protocols.

Its native currency, CTK, is a utility token within the Certik Chain ecosystem. Users who wish to operate a Certik Chain validator must own CTK coins.

Besides, holders can participate in the CertikShield pools.

A New Programming Language, a Reimbursement Scheme, and an Oracle System

The blockchain is coded in DeepSEA and integrates a security oracle for real-time code analysis. Through the oracle system, there is streamlined, on-chain security information for users to access. Of note is the inclusion of the CertikShield, a decentralized pool of funds for reimbursing affected programs and projects.

Certik Chain aims to solve a pain point in crypto circles. The blockchain history is laden with multi-million hacks; the disparate existence of cryptocurrency audit firms doesn’t help in the overall security. With the expansion of DeFi, the situation is now direr.

DeFi protocols, as innovative and disrupting as they are, have fallen prey to extremely skilled smart contracting geniuses. Whenever project creators launch without subjecting their protocol to rigorous audits by professionals, they open themselves to exploits, some of which have been destructive.

The launch of the Certik Chain is a breather for smart contract creators and blockchains. It is so because the solution is multi-faceted, with several baked-in features including an oracle system for real-time and continuous code monitoring as well as a reimbursement scheme for members.

As BTCManager reported, following a series of vulnerabilities and losses, the bZx DeFi protocol code was audited by Certik and Peckshield.