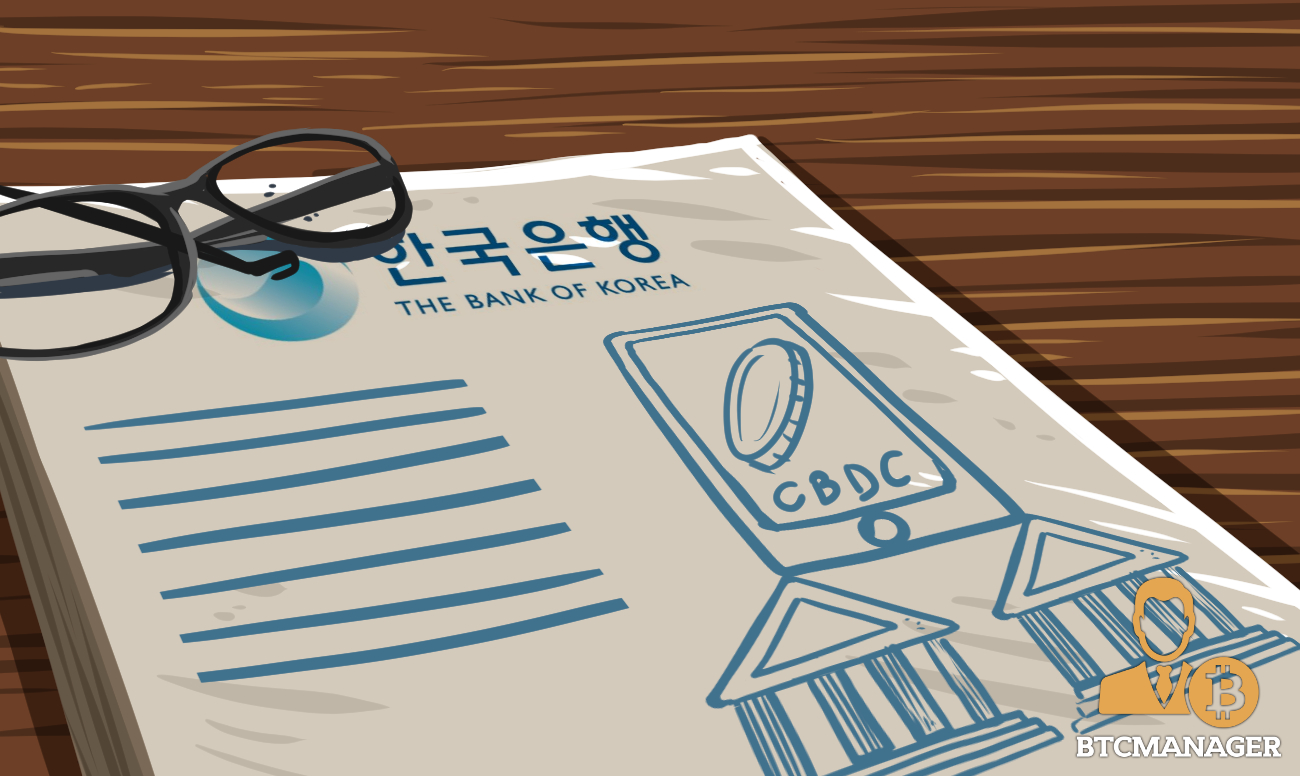 The Bank of Korea, South Korea’s central bank, has commenced a pilot project to study the modalities for the issuance of a central bank digital currency (CBDC).

CBDC Not an Immediate Need for South Korea

According to an official press release on Monday (April 6, 2020), the experimental scheme began in February 2020 and will last for a period of 22 months, which will end in December 2021. While the Bank of Korea is carrying out research on the technicalities of rolling out a digital won, the apex bank is not in a hurry to release its CBDC.

An excerpt from the press release reads:

“The need to issue a CBDC in the near future still remains slim when considering the demand for cash that still exists, the competitive payment service market and high-level financial inclusion, but there is a need to be able to quickly take steps in case market conditions at home and abroad change rapidly.”

As reported by BTCManager back in December 2019, the Bank of Korea initially hired experts and set up a digital asset task force to examine the possibility and usefulness of a CBDC.

The pilot program is divided into four stages, starting from March 2020 to end in December 2021. The first phase will define the requirements and design of the digital won, which will be from March to July 2020; stage two will see the review of the technology aspect and will run from April to August 2020.

Furthermore, the third phase will involve the review of the business process and consultation from September to December 2020; while the testing of the CBDC pilot system will happen in the fourth phase and will be done for one year, from January 2021 to December 2021.

Recently, the Bank of International Settlements (BIS) stated that with fears that the coronavirus could easily and quickly spread through fiat currency, CBDCs might see widespread adoption globally.

South Korea’s central bank joins the list of central banks researching CBDCs. Currently, China is at the top of the ladder in the CBDC race. Initially, the COVID-19 pandemic slowed down China’s CBDC project. However, recent reports state that the PBOC has reached the advanced stage of its digital yuan, and the central bank is preparing to issue a legal framework for its CBDC project.

Elsewhere in the Asi Pacific, Japan’s lawmakers are urging the government to consider launching a digital yen. Back in January 2020, about 70 lawmakers from the country’s ruling party proposed a CBDC to the government, to counter China’s digital yuan.