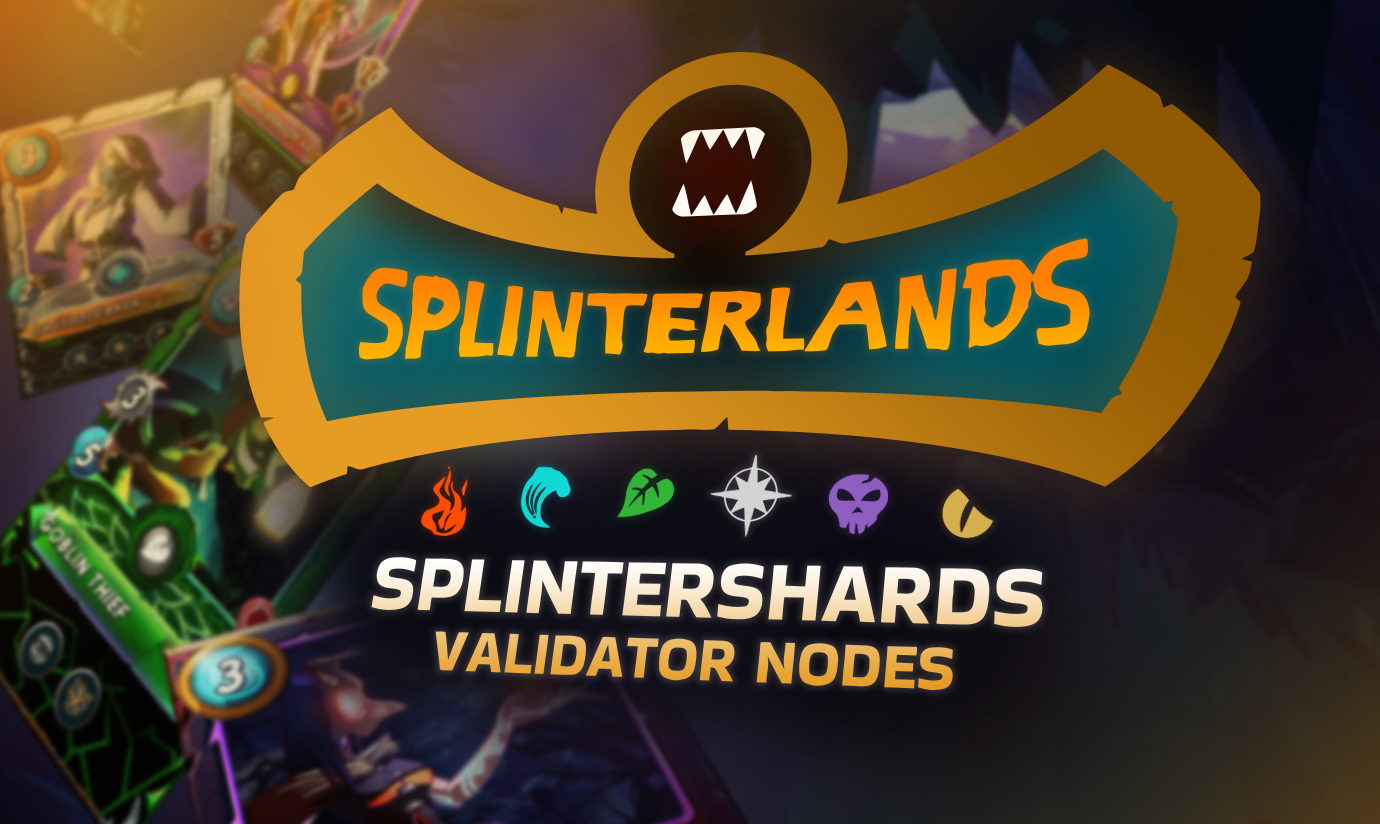 In a bid to align with the decentralized ethos of the blockchain and digital assets industry, P2E game Splinterlands today announced it will be switching over to decentralized Splintershards (SPS) validator nodes.

Notably, the mainnet launch of the SPS Validator node software is expected to roll out during Q3 or Q4 2022.

For the uninitiated, the SPS validator software will be fully open-source and allow anyone to download, install and run it with no extra costs or restrictions. However, the nodes licenses will require SPS payment to obtain.

The software will initially be released as a docker container” that can be operated on Linux machines while versions for Windows and MacOS are expected to follow soon. Further, running the SPS validator node will only require minimal hardware.

About the SPS Governance Mechanism

The SPS governance mechanism will leverage the DPoS (Delegated Proof of Stake) consensus model akin to other leading networks such as Binance Smart Chain, EOS, and Hive. Accordingly, any account with staked SPS tokens will be eligible for voting for accounts running validator nodes to elect further users or entities responsible for validating all SPS transactions and managing the SPS foundation funds.

That being said, it is worthy of note that in the aforementioned process, only a small number of accounts can obtain the majority of the votes, and subsequently, the majority of the rewards. To tackle this issue, the Splinterlands team will be offering “licenses” to enable all users to earn rewards for running nodes without requiring any staked SPS votes.

The rest of the 20 percent of the SPS tokens will be redirected to the SPS Foundation and will be used to incentivize SPS validator nodes once the 3 billion SPS token cap is hit.

Roll Out to Be Done in Multiple Phases

Splinterlands will roll out a total of 60,000 licenses in multiple phases, where the price of licenses will keep increasing after each phase.

These licenses will be NFTs (non-fungible tokens) that can be purchased, sold, and traded across secondary NFT marketplaces.

Further, users can leverage multiple SPS licenses with a single SPS validator node. This means that even if users buy multiple licenses, they only need to run the validator software once to earn the rewards for all of their licenses.

Commenting on the development, Aggroed Reich, CEO of Splinterlands, said:

“This is a major step towards our goal of Splinterlands operating as a completely decentralized game that the players own and control through their SPS.”