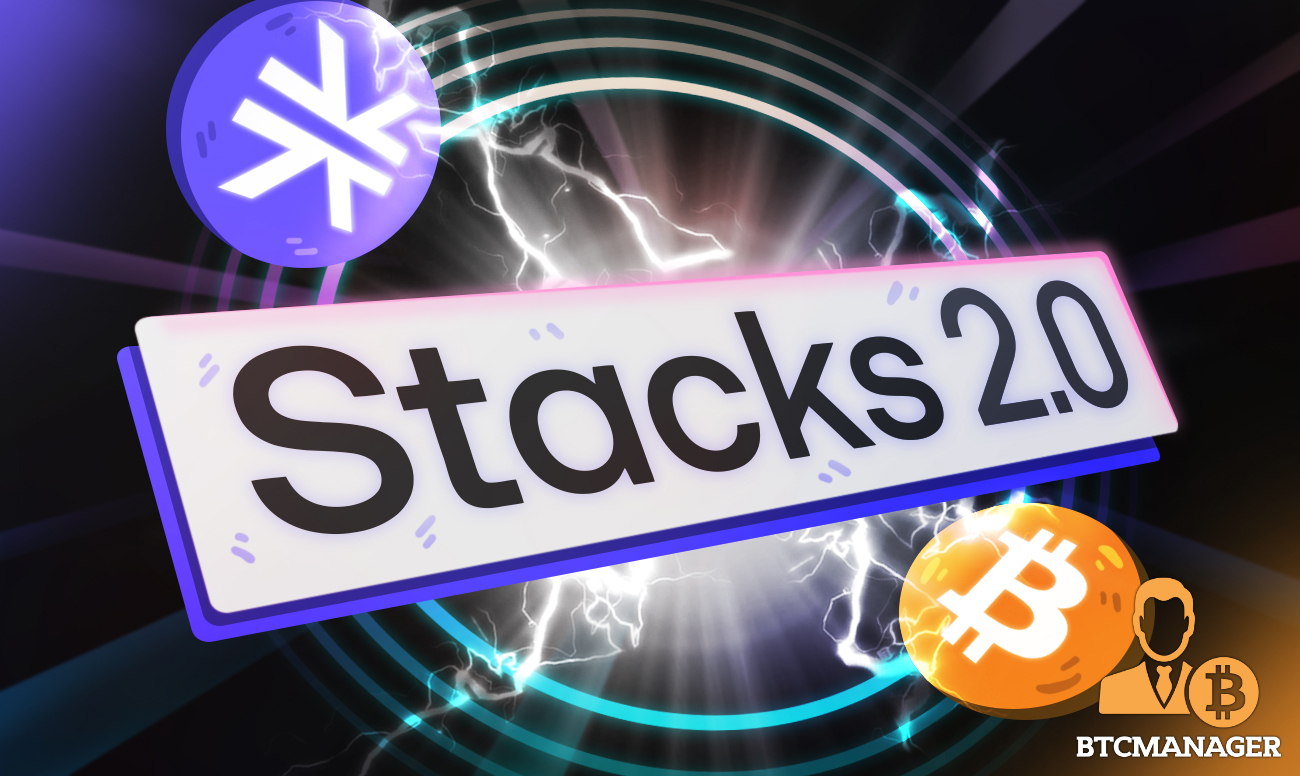 2020 is synonymous with many things. Coronavirus. Central banks going to the money presses. And growth; tremendous expansion in crypto.

In all honesty, most didn’t expect Bitcoin to tear higher like it did in 2020. From being minnows to indisputable champion in finance in 12 short years, there is so much more that investors are looking forward to in 2021.

While prices may expand to six-digits as hedge fund managers and banks predict, it is the merger between smart contracting, DeFi, and Bitcoin that Stacks 2.0 blockchain seeks to introduce that might once more cause a paradigm shift in the next few months.

Stacks tethers to Bitcoin for security while making Bitcoin programmable, effectively making$600 billion worth of passively held BTC available for use.

Behind the project is Dr. Muneeb Ali, who also doubles as the CEO of Hiro PBC, formerly known as Blockstack PBC, a public benefit Corp that builds developer tools for the Stacks blockchain.

Together with Ryan Shea, they co-founded the Stacks project to solve problems facing web and mobile development back in 2013. Muneeb even  made what was called  Blockstack at the time, his Ph.D. thesis. In 2015, the first design of the Blockstack was released.

The Stacks 2.0 blockchain builds on the first iteration of the Stacks, bringing dApps and smart contracting to Bitcoin.

DeFi on Bitcoin Begins on Jan 14 When Stacks 2.0 Launches

Its activation will introduce a new way for users to earn Bitcoin (through Stacking—or locking the native STX tokens and actively supporting consensus), building on the success of the first master design (Stacks 1.0) that already has over 400 active dApps. Users eager to watch the epic transition can register here.

On Jan 14, the Bitcoin network, known for its security but limitation as a mosrlty a  transactional layer will gain .exciting new powers and ways for developers to leverage it.

A New Way of Earning Bitcoin

But, the fun isn’t reserved only for developers, through Stacking, as aforementioned, token holders get an exciting new way to earn BTC in return for periodically confirming transactions and participating in consensus.

Notably, in this arrangement, there is a divergence away from common architectures of rewarding. Instead of earning STX coins as a reward, as one may if Stacks was more akin to a traditional Proof-of-Stake network, Stackers instead earn BTC. For users looking to earn BTC at a time when people are trying to get it more than ever, Stacking provides an option that doesn’t require  the  purchase of expensive  Bitcoin mining equipment or to trust shaky DeFi protocols to earn a new coin they then have to convert to BTC

With Stacks 2.0 launch, the over 300k existing STX holders will be able to start  earning BTC as can any new Stacks holder.

Also, Stacks 2.0 goes a long way in environmental conservation by riding on the secure Bitcoin layer.

By adopting the Proof-of-Transfer consensus algorithm and riding on the underlying Bitcoin network for security, Stacks 2.0 readily unlocks, extends, and makes Bitcoin more available by eliminating redundancy—and the need of using extra energy for the second time–while concurrently introducing new tools for developers who wish to build on the network.

Virtually anyone with Bitcoin can mine STX once Stacks 2.0 is adopted by independent miners. Here, whenever an STX miner (after condensing thousands of STX transactions forming a single hash on Bitcoin) confirms, they stand a chance to earn more STX coins. This is possible because Proof-of-Transfer is the first consensus algorithm to instantaneously see both the Stacks and Bitcoin network state, enabling miners to send BTC to the mainnet to earn STX coins.

Because of their focus on energy efficiency by leveraging what’s available and supported by the community and launching new development tool bring smart contracting and DeFi to Bitcoin, Stacks 2.0 can be said to be among the first projects to use the Bitcoin foundation and begin the journey of taping the $600 billion largely unexplored treasure.

Specifically, by smart contracting and introducing developer tools, Stacks 2.0 sufficiently handles the scripting limitation that has been a dealbreaker for users who want to tap the Bitcoin network.

Stacks 2.0 combines Proof-of Transfer with a new smart contract programming language, Clarity, to bring what many developers have always wanted in Bitcoin—smart contracts and dApp development.

Clarity allows developers to build and launch dApps from a secure, cheap, and scalable blockchain.

A new chapter is about to begin. Bitcoin will be more than just a store of value. Smart contracting and DeFi is what’s needed.

Don’t miss out; register for the launch event on Jan 14 here.