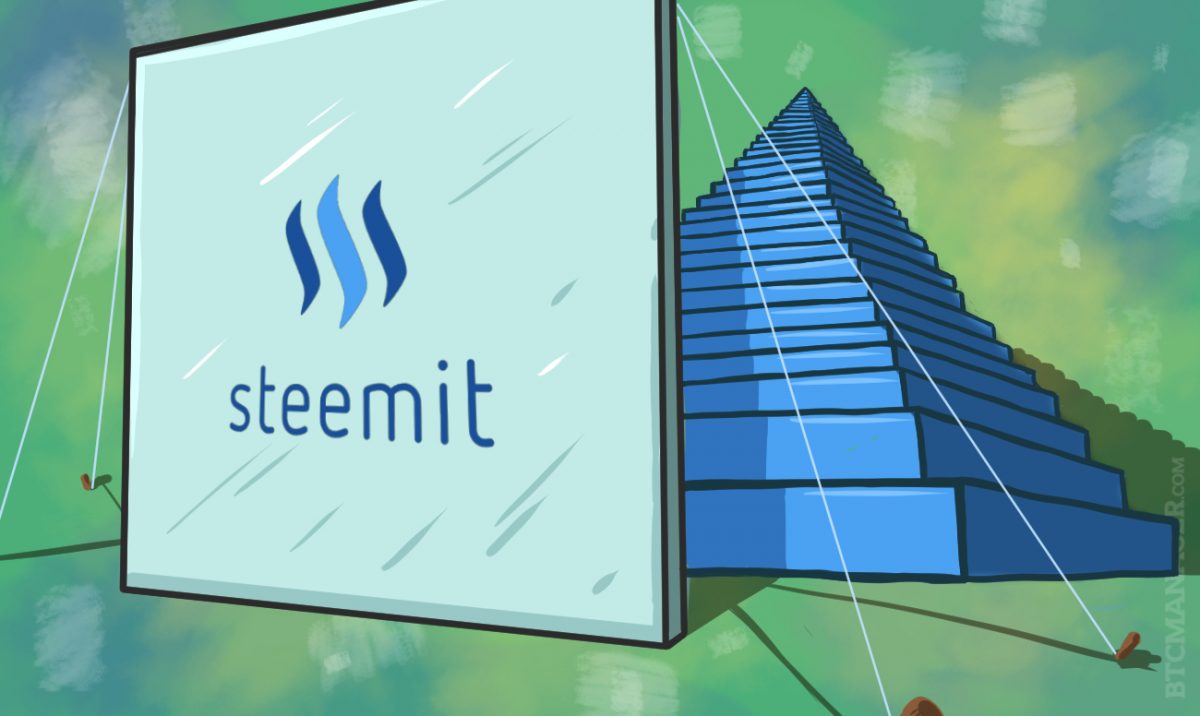 Steemit, the so-called ‘incentivized social media platform’ has been criticized for various obvious reasons. Some experts are concerned with the technical side of the platform and are suspicious of the financial ponzi-scheme like nature of the network.

One of these experts is Daniel Imbellino, an information technology specialist and the co-founder of Strategic Social Networking, who first approached Steemit and its cryptocurrency STEEM with extra precaution. He simply believed it was too good to be true. Writers of blog posts were getting paid out a range of $1,000 to $7,000 depending on the popularity. As a result, the Steemit platform paid nearly $1.3 million to users on July 4.

There are two major issues with the payout system of Steemit. The first is the revenue source; where is Steemit receiving money to incentivize users millions of dollars? According to Imbellino, no one in the company seems to know. The CEO of Steemit, Ned Scott, cited a super angel investor that has funded the platform.

However, an investor, which is described as ‘someone who provides, or invests, money or resources for an enterprise, such as a corporation, with the expectation of financial or other gains,’ does not necessarily give money out for free without expecting some sort of revenue. If the statement of CEO Scott is true, then where is the investor hoping to receive his share of money?

Incentivizing social media platforms rely on advertising revenues to compensate content creators for their contribution. YouTube, Google’s video sharing platform is a perfect example to note. YouTube distributes a substantial part of its advertising revenue which is displayed on the website or sometimes during the playback of videos to its content providers. This payout structure allows filmmakers to receive payments from YouTube.

Steemit does not run on advertisements. It currently has sources of income apart from its ‘super angel investor’ which the CEO claims that exists.

“Another cause for concern is the fact neither the platform nor its CEO can explain where they’re pulling revenue from. While Scott stated they had a quote, ‘super angel investor’, this doesn’t explain much to the public as far as how much capital they received, and how exactly they’re earning revenue. How does a platform that has no source of revenue of other than investors afford to pay out millions of dollars to its members when there’s no money coming in?,” questions Imbellino.

The second major issue with the payout system of Steemit is its clear preference over reputable figures in the industry. If users breakdown the bloggers that are generating thousands of dollars in revenue per article, they are usually very respected figures in the industry like Roger Ver and Charlie Shrem. Ver’s introductory post on Steemit generated a whopping $7,000.

The motivation behind the Steemit creators in implementing such pyramid-scheme like payout system is, if more people recognize that reputable features in the industry are using Steemit, they will most likely believe it is a legitimate platform to use.

“Upon first glance of Steemit, I noticed the profiles that were earning money were typically earning thousands, and often had post after post with hundreds of dollars of tallied revenue on hand, while other accounts had nearly as many if not more posts of the same quality, yet they had almost no revenue at all. One has to wonder if some of these profiles are merely sock puppet accounts formed to create the illusion of easy money. It all just sounds way too good to be true,” explains Imbellino.

We have tackled two major financial issues in the section above. While it is obvious that the Steemit network was designed to take profit off the lower end of the pyramid, it is even more important to explore the technological side of the platform to fully understand its scam-like network.

On August 19, a blogger by the alias Block by Block released a blog post entitled the ‘The Ugly Truth Behind Steemit’. The article that is released on Medium evaluates each technical problems of Steemit that were purposely designed to fit its vision.

Steem was launched on March 24 2016, through a new account called ‘thereverseflash’. The launch featured no compiled wallets and a technical error in the setup instructions.

“Later on, user ‘Eclipse Crypto’ discovered that the instructions given by the developer were incorrect, accounting for the errors everyone else was experiencing that was preventing them from being able to mine,” explained BlockbyBlock.

As time passed, cryptocurrency developers began to run into many more problems like miners crashing overnight and losing control of the supply. According to miners on the Steemit network, Steemit was re-launched so that the developer had the majority of supply for complete centralization.

“The top 247 accounts on Steemit (most of which are probably owned by the developer and his ‘friends’ through duplicate accounts) own ~87.50 percent of total stake, without including the main Steemit account which is also controlled by the dev. Although any user can vote for content, the influence of your vote corresponds to the amount of STEEM you convert on your account. This means the typical user’s vote is almost meaningless unless they manage to acquire a high stake in total supply,” says BlockbyBlock.

Therefore, while it seems like bloggers on Steemit are getting paid for their work and money is being rightfully and transparently distributed, it is actually being sent around by the developers that own 87.5 percent of the total stake. To maintain the exposure of the network, Steemit developers upvote blog posts of famous people that will enhance the reputation for a nice payout.

Since the arrival of STEEM on cryptocurrency exchanges, it has consistently fallen against bitcoin, as shown below; which could suggest the platform was set up for a quick ‘grab and dash’ by the developers. 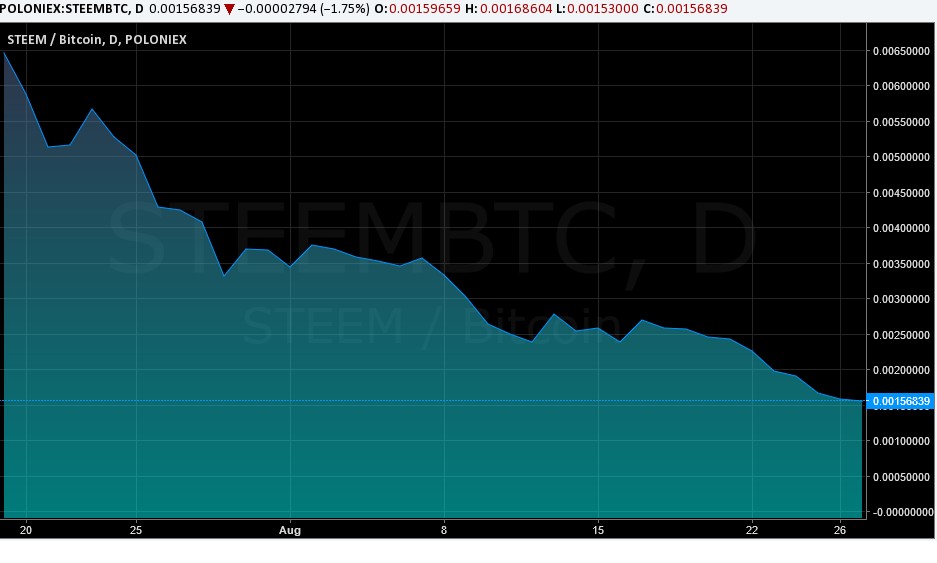