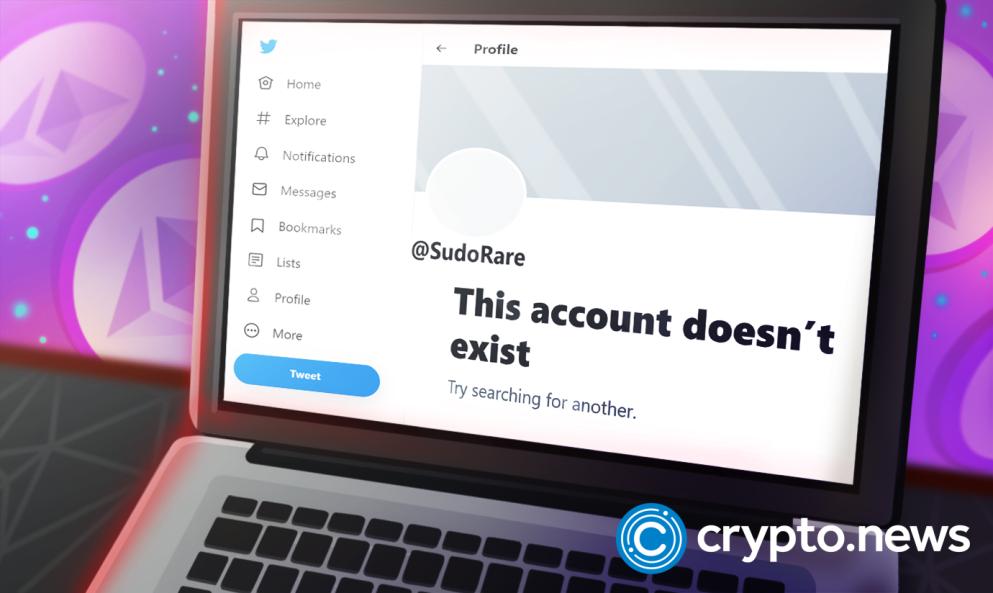 A member of the crypto community going by the name Sungjae_han was the first to report the suspicious transaction that drained significant funds from the AMM protocol.

Following that, blockchain investigator Peckshield suggested the possibility of a small-scale rug pull resulting in the loss of 519 ETH.

SudoRare’s decision to go offline from the internet, deleting all social media accounts and the main website, sudorare.xyz, only added to PeckShield’s suspicions.

Rug Pull Comes in the Wake of Twitter Warnings

SudoRare was a fork of two NFT marketplaces, SudoSwap and LooksRare (LOOKS). SudoSwap is known for its NFT liquidity pools and low gas fees, while LooksRare is popular for its unique system that rewards users for participating in the platform.

According to reports, the protocol’s developers emptied the LOOKS liquidity pool just six hours after it went live on Tuesday morning, exchanging over 1 million LOOKS for 154 ETH and 60,000 USD Coins (USDC) in one transaction.

The suspected rug pull caused a sharp drop in the price of the project’s tokens.

Several Twitter users had warned against investing in SudoRare in the previous week, citing its tokenomics, the presence of fake online followers, and the impossibly high yields offered.

Incident Is the Latest in Growing Cases of Crypto Theft

While investigations into the matter are still underway, the SudoRare case is the most recent in an increasing number of scams and rug pulls in the crypto space.

Earlier in the month, Velodrome Finance, a trading and liquidity marketplace, had $350,000 stolen from one of its high-value wallets. However, internal investigations revealed that one of Velodrome’s coders, going by the pseudonym Gabagool, was responsible for the theft.

The developer has since owned up to the theft and returned the stolen money. For its part, Velodrome stated that it is working with legal counsel to establish its next steps regarding the incident. However, the company will revoke team members’ access to private keys and instead use gnosis safes for all financial transactions.

Incidents like the SudoRare rug pull are happening against a backdrop of growing frustration following the repeated delays and revised timelines in implementing ETH 2.0.

The Merge, as it is popularly known, has been billed as one of the biggest events in the crypto space in living history.

The long-awaited change to the Ethereum network is projected to not only create higher efficiency and scalability, but it’s also expected to vastly improve the blockchain’s security.

The safety of users’ funds has become a matter of great concern, given the growing number of hacks and scams. Therefore, the crypto community will most welcome any project that can significantly and demonstrably offer better safety and security.