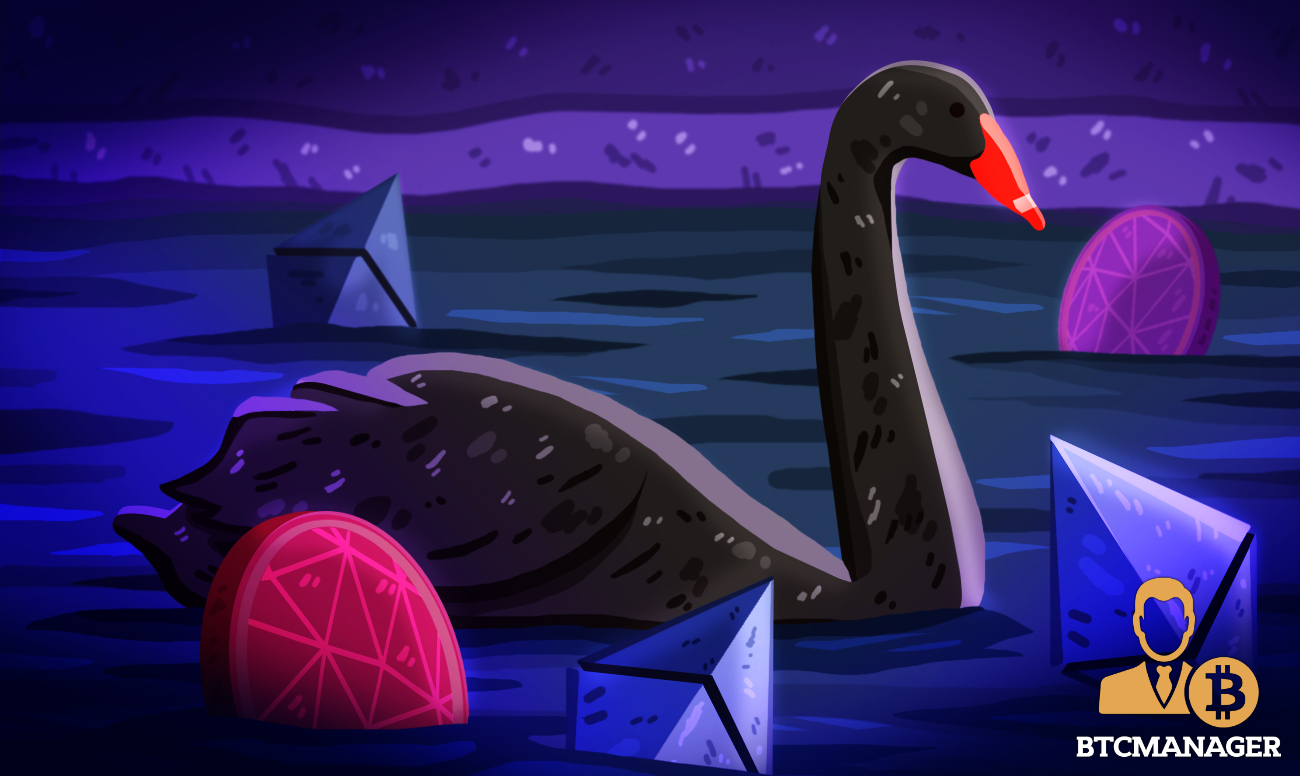 Ethereum bears have consistently called DAI an unreliable stablecoin, as the peg is dependent on supply and demand stemming from Collateralized Debt Positions (CDPs) on MakerDAO. Similarly, those leveraging DAI to stack 10-14 percent of interest a year might be worried about the DAI peg collapsing. SwanDAI introduces a synthetic token that allows users to capitalize on a deviation in the price of DAI, September 10, 2019. This serves as a speculative and hedging instrument.

In September 2019, Guesser announced an Augur market to speculate on the amount of ETH locked in the DeFi ecosystem. This offered both, bulls and bears of the concept the opportunity to either long or short the success of DeFi.

With SwanDAI, investors are given the same opportunity, but this time you need not place a bet on an illiquid Augur market.

A long position in SwanDAI could end in a tremendous profit in the case of a black swan event where the DAI peg collapses. Upon expiry of the contract, the trade settles at index price, where the sellers receive a premium for estimating the possibility of the peg breaking.

Returns, however, are capped at 100x it the price of DAI falls by 50 percent. Even if the peg does collapse, it may be a short term phenomenon that is fought off by global settlement on MakerDAO.

Use Cases Range Beyond Speculation

Cryptocurrency has been written off by many traditional financiers as a solely speculative instrument. To be fair, it is true for the most part, but it ignores the fact that investors put their money in shares and companies based on a speculative investment thesis.

SwanDAI would come in handy for a business that pays its employees and suppliers in DAI by removing the risk of total value loss if DAI slips below $1.

Additionally, it can be used a means of simply hedging the risk of a value collapse for those who lend DAI on dApps like Compound and Dharma v2.