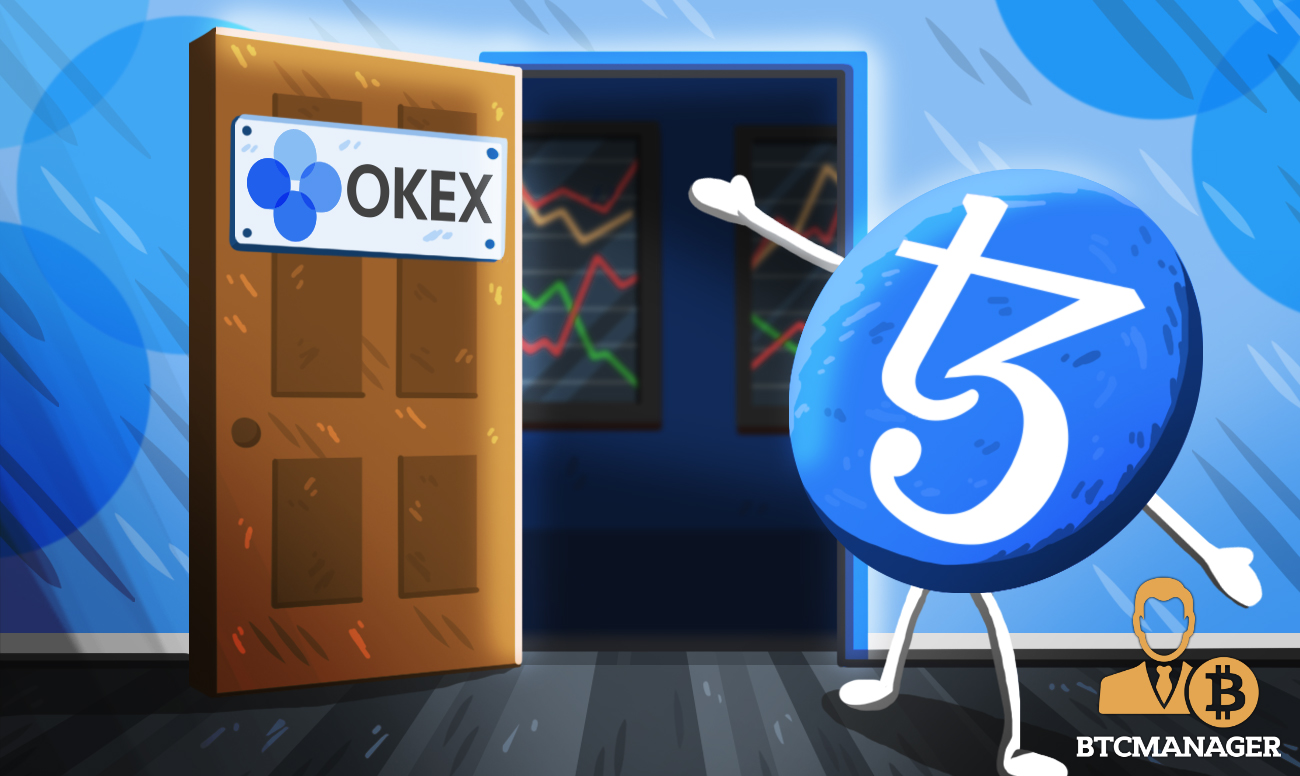 Tezos Marks its Debut on OKEx

Tezos, an open-source distributed ledger technology (DLT) project with a global community of validators, researchers, and developers has secured a listing on OKEx – one of the largest cryptocurrency trading platforms by reported volume.

Per data from the cryptocurrency metrics website Crypto Compare, Tezos is ranked 21st in terms of the total market cap of more than $695 million and a 24-hour trade volume of over $206,000.

Created by former Wall Street stalwarts Arthur Breitman and Kathleen Breitman, Tezos provides developers an expansive, multi-purpose ecosystem to develop decentralized applications (dApps) and smart contracts. The governance structure of the project differs vastly from some of the other centralized projects in that it gives power to the stakeholders to make decisions that are pertinent to the upgrade to the core protocol.

Commenting on the development, Corey Soreff, Board of Directors, Tezos Commons Foundation, said:

“We are looking forward to a thriving relationship with OKEx, a global leader in the blockchain space, in furthering the Tezos ecosystem together in Asia and throughout the world.”

2019 has undoubtedly been one of the most significant years for Tezos not only in terms of project development but also because of the increasing amount of support it has garnered from exchanges and industry leaders from across the globe.

Earlier this year, the project also received a major boost from U.S.-based crypto exchange Coinbase when it announced the launch of the XTZ staking service.