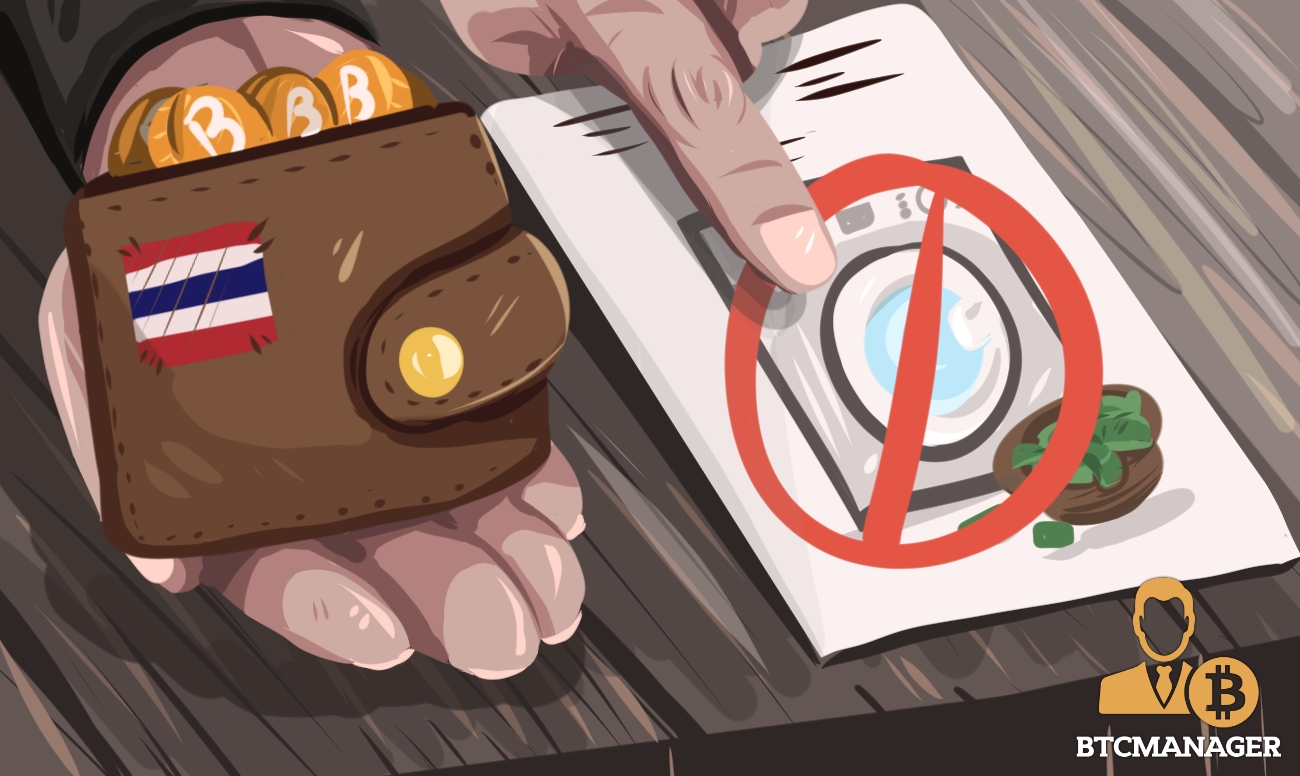 In a bid to fight crypto-linked money laundering activities by bad actors in Thailand, the nation’s Anti-Money Laundering Office (AMLO) has said it would create a cryptocurrency wallet to enable it to seize digital currencies from cyberpunks convicted of DLT-based virtual currency-related crimes, as first reported by local news source, The Nation on September 3, 2018.

According to sources close to the matter, AMLO officials present at the Legal System and Cryptocurrency Crime seminar held in Bangkok last week have hinted that the anti-money laundering and financial crimes watchdog is planning to launch a digital assets wallet that would help the agency to hold seized cryptoassets of bad actors.

The official also noted that at current, there are no laws that make it possible for crime busters to freeze or even confiscate the virtual currencies of criminals and AMLO has resorted to jailing or extraditing cybercriminals and impounding their physical assets in recent times, without being able to do anything about their cryptos.

The Thai police authorities led by Captain Ekkanit Natethong noted that they could not confiscate the cryptoassets found in the suspect’s wallet due to lack of regulations backing its seizure.

Thailand, one of the very few Asian nations that have successfully put in place an amenable regulatory framework for its DLT, initial coin offerings (ICOs) and entire cryptospace, is still battling with the issues of cryptocurrency-related crimes.

Chartpong Chirabandhu, deputy director general of the Thai Department of Special Litigation, Office of the Attorney General reiterated that authorities are yet to formulate fail-proof ways of collecting electronic evidence to present in court against cybercriminals.

“A big problem with cryptocurrencies and other such evidence is the difficulty in discovering the identity of those transacting. When we present the evidence to the court, it often fails to convince the Judge,” he lamented.

Although the Thai police have been doing a decent job fighting crypto-linked fraud in the state, a top official has stated that more work needs to be done.

Pol Colonel Pisal Erb-Arb, deputy commander of the Narcotics Suppression Bureau, has reportedly suggested the need to create a special task force to combat digital assets-linked crimes in Thailand before the issue gets out of hand.

Back in August 2018, BTCManager reported that Thailand’s Crime Suppression Division (CSD) had arrested a criminal gang that organized a bitcoin scam scheme worth more than $30 million.