Crypto had been having a tumultuous season, still, to see household name FTX fall, came as a surprise to many. The much-discussed cryptocurrency platform was launched in 2019. By 2021, they reported revenues of $1.02 billion, figure evidence of their exponential growth from $85 million the previous year. That soaring increase meant an exchanged volume of $719 billion by their 1.2 million users last year. FTX was huge and a worthy competitor for market leader Binance.

Recent rumours around the financial stability of the exchange meant that a large number of users withdrew funds. According to Reuters, $6 billion had been withdrawn in a 72-hour period. As a result, FTX was forced to look for a bailout, as the mass exodus of the platform users created an unmanageable pressure on their cash position. Initially, it appeared Binance responded to calls to come to the rescue, tweeting that they had signed a Letter of Intent for the acquisition of the troubled crypto player. Later those plans fell through during the due diligence process.

The end result is that FTX Group started voluntary proceedings under chapter 11, effectively declaring bankruptcy in the United States and is now placed under provisional liquidation in the Bahamas where they are headquartered. The Supreme Court of the Bahamas appointed two provisional liquidators from PwC on Monday. Criminal investigations are underway by both law enforcement for criminal misconduct and the Securities Commission Of the Bahamas for breaching their laws.

The full picture is not clear yet. In any case there will likely be an eye watering amount of personal financial losses for a great many individuals, some of which are based in the UK.

The UK regulator, the Financial Conduct Authority, therefore published a brief note on the matter in their news section earlier this week. They referred to two of their initiatives: Moneyhelper, a free resource offering guidance for consumers with financial concerns and InvestSmart, an £11m campaign where it looks to “help consumers make better-informed investment decisions and become smarter investors.”

Just this September, they felt compelled to address the public with a cautioning note regarding the unregulated status of FTX which meant that consumers were “unlikely to get their money back if things went wrong.”

They currently regulate the crypto sector as an anti-money laundering and counter-terrorist financing (AML/CFT) measure, as crypto exchange assumes funds changing hands. The FCA requires firms operating in the UK to register with them. To achieve this registration, which 38 crypto players have managed to accomplish, applicants are required to show they have systems in place to pick up and prevent untoward money flows. They reported that nearly three-quarters of applicants had failed at showcasing effective controls or withdrew from the process voluntarily.

In April, the now Prime Minister Rishi Sunak voiced his ambition to make the UK a “global hub for crypto asset technology”. That came as plans were presented to, among other things, create sandboxes, form working groups and regulate stablecoins, a digital asset that remains stable in value as it is linked to a less volatile asset, such as gold or a fiat currency.

Last month they repeated their intention to bring elements of the sector under the Financial Services and Markets Bill and under their influence through the financial promotions regime. During their Annual Public Meeting on 12 October, the FCA faced a fair amount of questions regarding the crypto sector, suggesting that their plans may not be going far enough.

Somewhat unsurprisingly, Binance’s Changpeng Zhao – or CZ, called for regulation of the sector when he addressed the G20 group of nations yesterday. It should not take regulatory intervention to prevent a scandal like this most recent one. Needless to say, the main responsibility lies with the management of the organisation. They failed to implement good controls and lacked fruitful governance structures.

In the noise around the eccentricity of the founder and Chief Executive Officer Sam Bankman-Fried – an image he himself worked on maintaining, there is most likely some truth. And it makes for entertainment when we follow the developments in the matter. However, leaving that aside, an organisation with over a million customers has an entire management team at the controls.

When a scandal of this size erupts in a sector as controversial as crypto, we need to make it count for something.

It is an opportunity for organisations, irrespective of what sector they operate in, to take stock and enhance their efforts to make sure that proper controls are in place. Because there are too many corporate scandals (think Enron or Lehman Brothers) to pick from in both newer and traditional sectors.

At least part of the answer lies in a corporate culture where a whistle blowing policy is not just a means to an end. Cultivating an atmosphere where unsightly things come to the surface and the integrity of the business is well guarded, remains as relevant as ever. Although that doesn’t do away with the need for strong governance, clear policy and effective controls, it can go a long way.

It is not unimaginable that regulators, including the FCA, will now need to intervene faster. They have a task in front of them to create a solid framework for the sector to operate safely in. Being so explicit about their intention to protect consumers from harm, in this instance, they have failed at that. An additional task could be educating them so they are better placed to navigate the future FTX, still to come into this world.

It may well be too soon to raise the question, still, here goes: how can a group of over a million people bringing together hundreds of billions of capital to the same place, not realize the relative power that it gives them collectively and use that to expect more from institutions such as FTX? Let’s hope this time we use the events as a costly lesson to become more vigilant. Will we learn? Hopefully, we will. 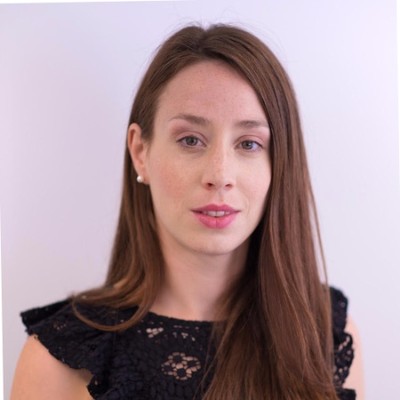 Eugenie Casier is a seasoned professional with a proven track record in internationalisation with hard and soft launches, timely bringing FCA-regulated firms into the European market in collaboration with a major bank.

In her current role as the Director of Governance, Risk and Compliance (GRC) at Clausematch Eugenie applies her extensive knowledge of financial regulations at the UK and global level to make sure the organisation continues to meet and exceed all its compliance requirements in its chosen markets.

Eugenie is Money20/20 RiseUp alumni. She is a frequent speaker at various industry events with a focus on regulation and compliance challenges.