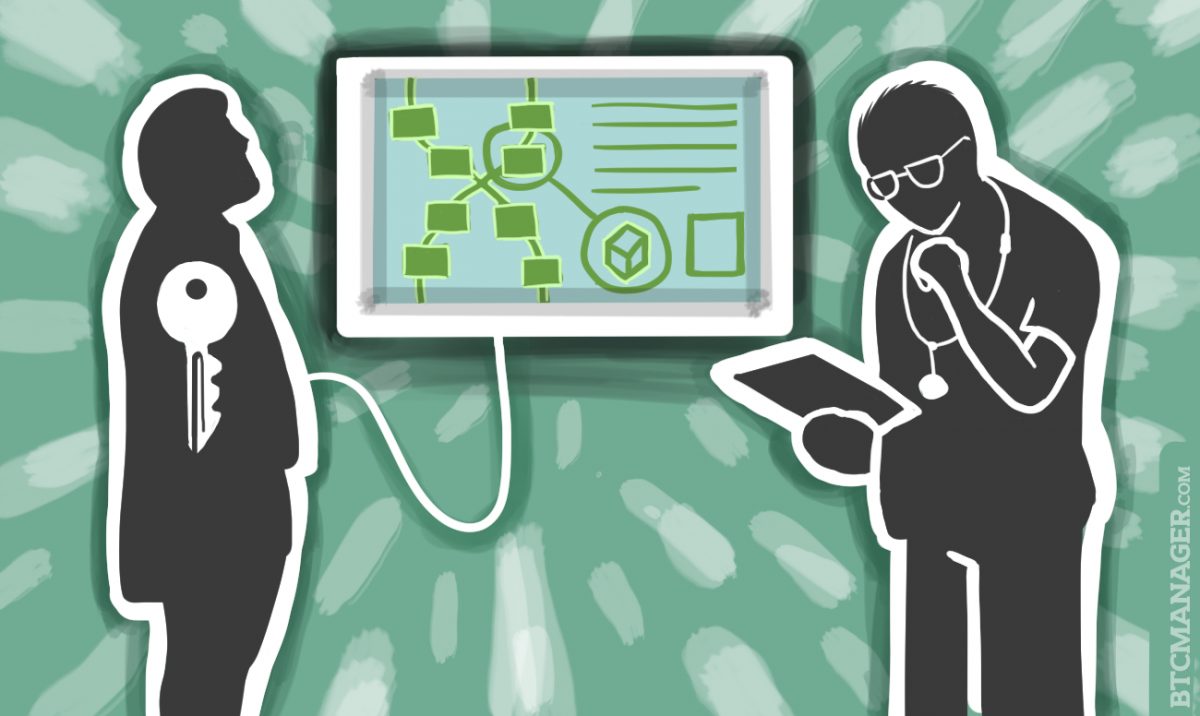 Healthcare is widely recognized among global leaders as a key policy issue. Yet health information and medical records technologies which are pivotal to the access and delivery of quality, cost-effective care to millions across the globe remain mired in a slow state of advancement. This inadequacy has sparked questions about the potential role of blockchain technology as a digital record-keeping system, all with the hopes of accelerating the progress of electronic medical records (EMR) innovation.

Given the inherent complexities of healthcare systems, many see any forward momentum in this space as a daunting task. In the U.S. efforts towards the creation of a universal EMR model have faced many hurdles, the most prominent of which are interoperability, security, and cost.

Much of this is related to the fact that American medical records systems are undergirded by what is known as an ICD-10 system, a national diagnosis based coding and pricing protocol that is highly cumbersome and difficult to navigate. Moreover exorbitant operational and maintenance costs associated with current EMR solutions have discouraged full adoption on the part of hospitals and other health care provider organizations.

Despite well-documented benefits of patient medical records systems in terms of quality of care delivered to patients, integration efforts worldwide are occurring at a slow crawl. The implications of this are far-reaching, impacting clinical, fiscal and operational healthcare performance, which is why many are calling for a new set of solutions predicated on the blockchains’ exquisitely designed record-keeping properties.

The genesis of electronic patient information recording -the Electronic Medical Record (EMR) – dates back to the the 1960’s when Lawrence Weed, MD introduced what is known as the Problem Oriented Medical Record into clinical practice. However, despite small efforts on the part of the U.S. Veterans Administration hospitals and a few other early adopters, EMR use has generally been slow to catch fire.

In short, EMRs are a digitalized versions of paper-based medical records that allow for more efficient capture and sharing of patient information among healthcare providers and medical organizations. They have long been touted as an alternative to the use of traditional, hard copy patient information folders, which can lead to massive delays and inaccuracies in care delivery.

Ensuing from their massive scale, worldwide healthcare systems produce terabytes of data each day at the cost of millions of dollars each year. Despite all of this, these systems generally remain disconnected – an issue resulting in major inefficiencies when patients’ have to transition between health providers. In these scenarios medical records have to be manually transported between systems in order to ensure proper care coordination.

Those electronic medical records that do exist are typically maintained in on-site repositories powered by physical servers or on a IT cloud. This centralized healthcare data creates a heightened vulnerability for security breaches, one where hackers can easily gain unauthorized access into systems loaded with private patient information.

These security issue have raised particular concern among healthcare provider organizations as well as patient advocates amid prevailing health privacy laws like HIPPA. According to a 2015 study conducted by the U.S. Department of Health and Human Service, over 300 disclosed security breaches of unsecured protected health information affecting 500 or more individuals occurred in 2015. These major intrusions included those which occurred via the Anthem Insurance Network (80 million patient and employee records) and U.C.L.A Health (4.5 million patients). In each of these two specific cases the hack involved a single point of failure in the network data systems.

Even more alarmingly, there has been a series of ransomware attacks that have recently impacted a number of U.S. hospitals. In each of these cases, complete databases were held on lockdown by outside perpetrators until a sizable bitcoin ransom was paid to release them.

Building a Case for a Blockchain Solution

Quietly bubbling underneath the surface is talk of blockchain technology as a potential elixir to many of these healthcare information concerns. As a digital recordkeeping system, it is considered a much more secure, scalable, tamper-proof alternative to current legacy models. Additionally, because of its highly decentralized nature which mitigates central points of failure, it is nearly impossible to hack.

The blockchain’s potential benefit to the medical information space is largely tied to its multi-signature features. Here, data is hashed onto the blockchain and then, through the use of multi-signatures, access can be gained only by those who have been granted access. Patients are be able to maintain full access and control of their own data, providing access to the healthcare providers they’d like to share it with. Ultimately the hope is that this model model will transition the expensive burden of medical recordkeeping away from the hospitals with the goal of transferring the cost savings into patient care improvements.

Peter Kirby, CEO of Factom, a company that employs blockchain technology to change how businesses manage data and keep records, describes the medical records space as “one of the biggest, hairiest record keeping problems on earth, especially in the U.S.” In fact, Factom just brought in a VP of Products who is a former medical records professional.

Kirby says that the only medical records applications being pursued at Factom are very early prototypes. “The thing that we are starting to mess around with center on producing a cryptographic proof of the record that demonstrates who had the most recent version of it. The medical record problems at its core are ‘what happened when’ and ‘who has access to that information’ problems. While these are the types of issues that lend themselves well to blockchain technology, the difficulty comes in striking a balance between privacy and transparency, all within a sea of multiple systems.”

Kirby goes on to note that when security breaches are discovered “what one (isn’t aware of in terms of vulnerabilities) is just as critical as what one (is already aware of).” That’s the really scary stuff. The old way to monitor this was to have a dot matrix printer and one of those continuous chains of paper printed out with (security) logs on it. The blockchain essentially brings a whole level of improvement to this.”

One country that has taken the early lead in pursuing a blockchain-based case study to facilitate the management of medical records is the Eastern European nation of Estonia. Through a collaborative partnership with the cyber-security partner Guardtime, the Estonian e-Health Authority is ensuring the integrity of data for its residents by securing over a million health records.

For this initiative Guardtime is employing a Keyless Signature Infrastructure (KSI), a blockchain technology solution integrated into an Oracle database engine that delivers mass scale data authentication without dependency on a centralized trust authority. Citizens of that country have in their possession a unique identifier which links them to their personal medical record. Because the system only allows for the passing of a signature to secure access, patient privacy is assured. Moreover, the ability to share a keyless signature to third-parties provides an added layer of protection through a real-time tamper and manipulation detection feature.

Peter B. Nichol, a healthcare business and technology expert with the PA Consulting Group, notes that despite the initial excitement around the Estonian eHealth Foundation’s efforts to enable real-time access to patient records, the government there ruled on April 11, 2016, to enact stricter regulations affecting Bitcoin and blockchain tokens and assets.

“Unfortunately regulatory uncertainty will slow the realization of blockchain business use cases such as this,” says Nichol.

The Future…Just For The Record

Despite promising evidence supporting the intersection between medical information and blockchain solutions, myriad questions remain as to its long term viability. Yet, many believe that blockchain technology may be a game-changer in terms of transforming how global healthcare is provided.

In a thought piece entitled The Blockchain: The Solution for Healthcare Inoperability, Nichol says that the question of whether blockchain technology is going to revolutionize healthcare and its interaction with patients ultimately comes down to solving the medical records interoperability disconnect between payers and providers.

With the announcement this week that Gem has partnered with Philips’ Blockchain Lab to launch Gem Health, the conversation about creating a more efficient and secure infrastructure, has come to the fore.

According to the Gem Health website, “Blockchain technology addresses the trade-off between personalized care and operational costs by connecting the ecosystem to universal infrastructure. Shared infrastructure allows us to create global standards without compromising privacy and security.”

Thus, as blockchain companies continue to challenge legacy health care operating systems, the future of patient-oriented, efficient, secure and accurate medical data promises to be a much brighter one.