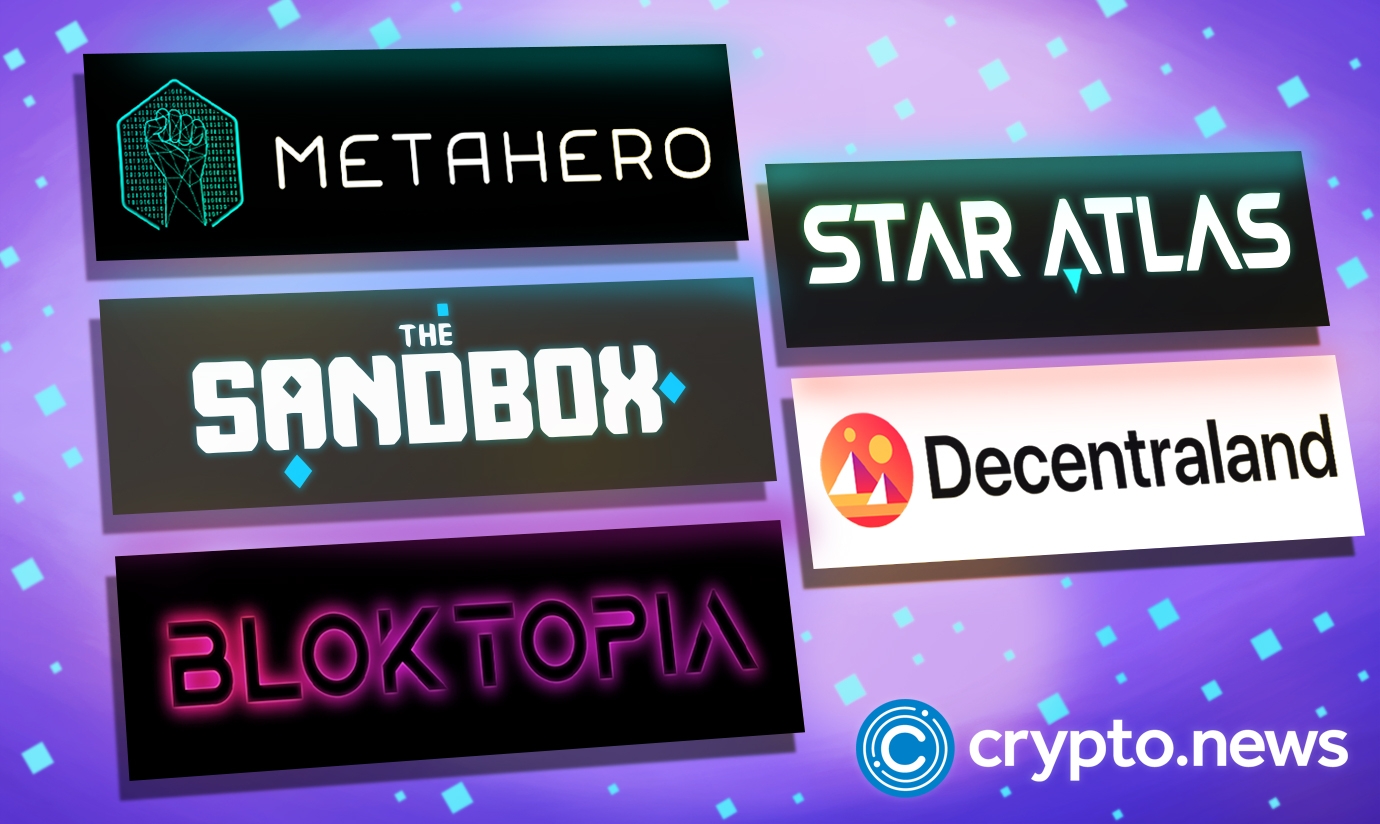 The metaverse describes the online personas in the form of avatars, extensive virtual marketplaces, and interactions that might become the future internet. Already available, virtual spaces will continue to grow in 2022 and beyond.

The metaverse supports communication, cryptocurrency, NFTs, eCommerce, workplaces, and retail. Facebook, now Meta, remains a significant player in the future of technology, and its input will see virtual spaces grow to unbelievable levels. However, other players such as Microsoft have silently been creating virtual realities that will support their services and more. Nvidia is envisioning a web engineering virtual universe that will let users train robots, and so are many other companies who are targeting 2022 as the year to launch their Beta or full versions of virtual worlds to integrate into the metaverse soon.

Metaverse Projects to Watch Out For In 2022

Facebook announced its metaverse project in late 2021, and suddenly everyone is talking about it. The pivot to the direction by Mark Zuckerberg came as a surprise, though virtual spaces have been there for a while. Indications show that the future internet will revolve around the metaverse.

Here are the top metaverse projects scheduled for 2022:

Star Atlas is a highly dynamic series of virtual games that will rely on the players to create characters to form part of the metaverse. The platform has custom-built options for players to lock themselves in a decentralized unit outside the reach of other players in the metaverse.

On the surface, the game will borrow massively from the Kerbal space program and spore or other games along that line, at least in its non-metaverse form. However, its integration with ATLAS, a token, breaks the similarity with the traditional games. Solana Blockchain remains central in Star Atlas’s virtual space to enable tokens to buy land and game characters as NFTs.

The decentralization bit gives more control for average users, meaning a closed two-way space for a player and their partner. The impressive part of the game will not come soon; users might wait for at least 3-5 years. However, a simple version exists, and continued developments are expected for the metaverse version.

The Sandbox on Ethereum flirts with the potential of virtual spaces. Integration with blockchain is not a unique feature, but the fully developed avatars in the project make it a contender to beat in the metaverse. SAND, owned by Sandbox owners, are vital in transactions in the metaverse for the project. The exchange of NFTs, using the Ethereum blockchain, will depend on the number of tokens owned by a player.

Sandbox’s virtual environment is simple, and once the players register, they can host events of any magnitude. The events require an online persona as an avatar, pretty much the characteristic of the metaverse.

Sandbox’s virtual space also supports 3D pixel artworks and fee collection from outsiders allowed into private spaces bought and fully managed by their owners. Sandbox creators are expecting 2022 to be the year its metaverse project will gain more traction, though it has been around.

Metahero is quite a different catch in the metaverse frontier because its vision promises something out of the ordinary. The platform plans to integrate ultra-realistic digital clones—this project will require the input of gamers to create playable characters and a partnership with Wolf Digital World for 3D modeling.

Ferrari and Disney have collaborated with Wolf Digital before for modeling services; it will be interesting to see what they can achieve with Metahero as it expands its metaverse projects.

HERO, Metahero’s preferred token, has had a recent great run to reach 150k holders, the success makes it prime for future transactions in the virtual space. Early indications are that the company will use the Token for NFT exchanges in the metaverse. Users should expect bigger marketplaces, more NFT characters, and even larger virtual spaces when HERO exceeds the $1 billion market cap.

Bloktopia’s skyscraper-themed metaverse project is promising and the project will look to launch its beta in March 2022. While it is not the first to have virtual reality, it will change the entire metaverse with a vertical space instead of the usual horizontal ones already out. Users will hold events and creative activities in the 21-story building once complete. In a preview, Bloktopia will include interesting spaces such as highlights of the World Wrestling Entertainment (WWE) and more on the virtual building.

Strangely, the 21-floor skyscraper is a virtual rendering of the 21 million BTC out in circulation, nothing odd about this though, as the platform plans to integrate NFTs to entice users to create communities. Bloktopia’s March 2022  Beta launch will give users a taste of levels 1-6. It is not yet clear when the full platform will be available, but the six levels will still have a lot to offer.

Decentraland bases its metaverse project on the MANA token and integrates a bit of the human physical world. It provides signposts to mark spaces bought using the MANA token, like what happens in real estate outside the virtual world.

The metaverse project is looking to grow the metaverse, riding on the Ethereum blockchain. 2D is outdated, according to this virtual destination, its massive focus on 3D characters and spaces confirms this—a point it will use to lure more people. Decentraland integrates eCommerce, advertising, and retail fully controlled by users as long as they own the space.

The metaverse is impressive; the 2022 planned launches will confirm this. Virtual worlds have existed for a while, but with the announcement by Facebook and other companies already out, they will be even bigger.

NFT projects and respective tokens for different metaverse projects point to a blockchain-focused future that is immutable and secure. Project creators will rely on activities such as communication and eCommerce to lock people in the metaverse.

Though gaming dominates the metaverse, the technology has more potential, which will unravel in due time. People should expect more metaverse projects beyond 2022.