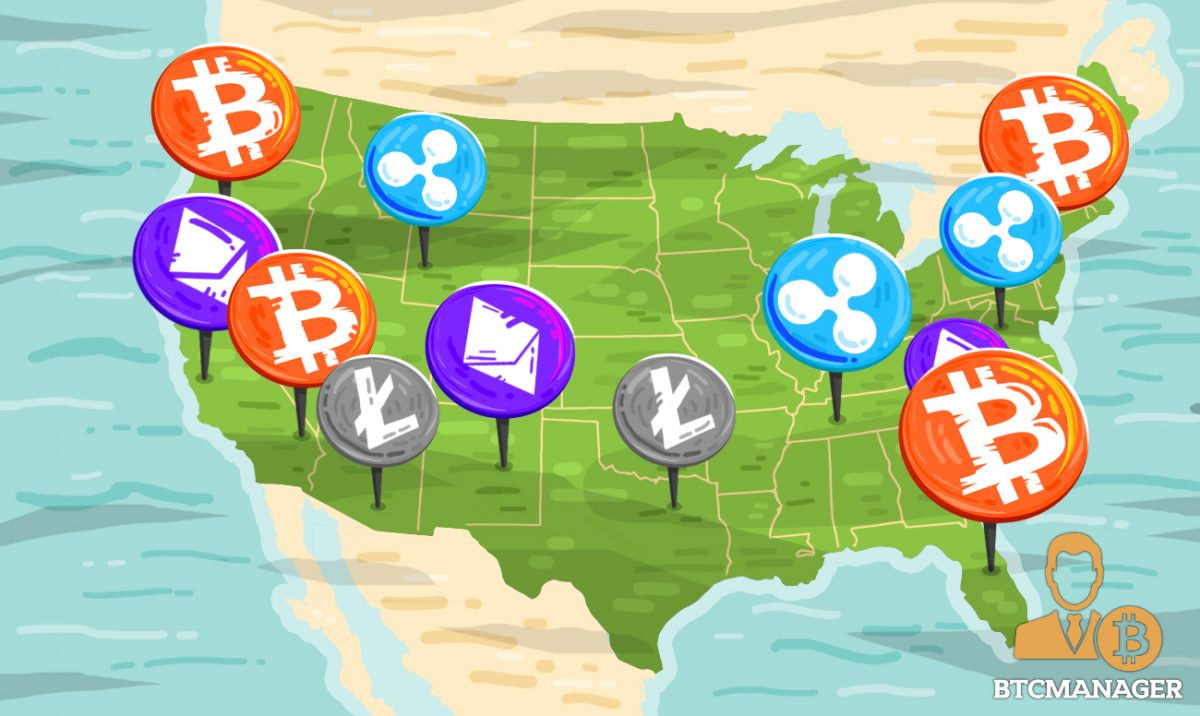 When considering which US cities are responsible for the most substantial investment in cryptocurrencies such as Bitcoin, Ethereum, and Litecoin, you might think that big cities such as New York, Los Angeles would be the principal representative of such financial endeavors.

This assumption above, however, does not seem to be the case as a recent report from Status Money shows that Jacksonville is the leading city regarding cryptocurrency investment per person based on December 2017 figures.

Other cities to make the top five include Charleston, S.C., and Atlanta suburb Alpharetta. Interestingly, they rank above major California tech hubs like Sunnyvale and key metro areas like Manhattan which are placed in sixth and tenth respectively.

Why Is There So Much Enthusiasm about Crypto in Jacksonville?

Status Money founder Majd Maksad recently spoke to Benzinga, the financial news outlet, explaining how the transactions were measured. He said that they looked at transactions going in and out of significant crypto exchanges such as Coinbase to determine when someone moves money from their checking account to these fiat exchanges.

Subsequently, they find that “For every person who had any transfer into a cryptocurrency exchange, Jacksonville was the highest.”

Although Maksad couldn’t pinpoint a particular reason for this, the top five cities representing the most significant investment per person provide additional proof that a significant part of the enthusiasm for cryptocurrency is originating from retail financial investors who might not have enough knowledge of cryptocurrencies.

For example, almost 33 percent of cryptocurrency investment originate from individuals who earn less than $100,000 a year, as indicated by Status Money.

Maksad said it scary that:

“In December 2017, people that made $50,000 or less in income per year moved 14 percent of their investment portfolio into crypto.”

He further added that he doesn’t “think it is a very well thought-out bet. If you want to point to an underlying driver, it’s euphoria, and it’s greed. ‘I don’t know what this is, but it seems to be the future, and I’ll put some money in it’ is what these investors are thinking.”

When looking at the top ten crypto cities by volume, it is evident that population size would skew the results in favor of cities with a larger population.

Outside of New York and Chicago taking the two top spots on the list, Jacksonville invested so much in cryptocurrencies that it came in at third spot. It represents 4.2 percent of the aggregate volume, despite being the twelfth largest US city.