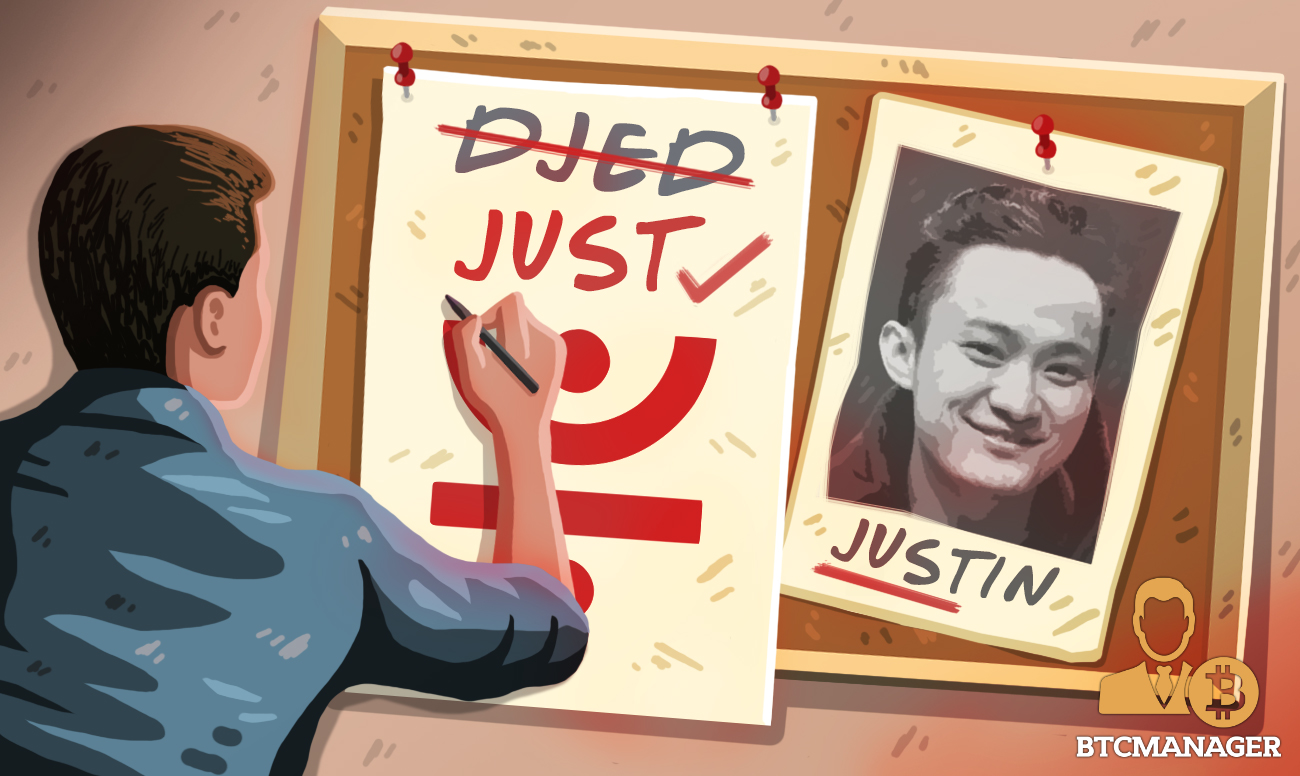 In a fresh announcement, TRON founder Justin Sun stated that he had rebranded TRON’s newly launched decentralized finance (DeFi) project Djed to JUST to mark the mainnet launch of the platform.

Djed, the testnet of the TRON stablecoin platform has successfully completed the testings. We are excited to announce that we decided to upgrade brand from Djed to #JUST (Token: $JST Stablecoin: $USDJ) and launch the mainnet on April 4th. Link: https://t.co/8O7H1LGnmH pic.twitter.com/Ta2DLTGCU7

For the uninitiated, BTCManager reported on March 30, 2020, how Sun had announced the launch of Djed – now JUST – TRON’s very own MakerDAO-like DeFi platform. At the time, Sun stated that Djed would be TRON’s new U.S. dollar-backed stablecoin project and that it was designed to function as a central cog in TRON’s DeFi ecosystem.

In the latest tweet, Sun clarified that JUST testnet had successfully completed the testing. He added that the platform’s token would go with the ticker $JST and that its stablecoin would have the ticker $USDJ. Most notably, he also stated that the project’s mainnet was launched on April 4, 2020.

Commenting on the rebranding of their DeFi project, TRON team stated:

“JUST means “fair and just”. JUST Foundation aims to create a TRON-based stablecoins lending platform where everything is contract-based, any JST holders can participate in governing the USDJ currency system and achieve decentralized autonomy, where true justice and fairness can be guaranteed.”

Akin to other stablecoin projects, JUST will enable investors to stake their TRX coins to generate passive income in the form of USDJ stablecoin through collateralized debit positions (CDP). Once the investors have generated USDJ, they can choose to withdraw the stablecoin directly into their wallets.

At press time, only Poloniex cryptocurrency exchange supports USDJ. It is expected, however, that soon other exchanges will also extend support for TRON’s newly-unveiled stablecoin.

Although still a relatively novel concept, DeFi has taken the crypto industry by storm proving itself as one of the most innovative and robust applications of blockchain technology to date.

BTCManager reported on March 26, 2020, how U.S.-based cryptocurrency exchange Coinbase had announced the integration of new DeFi apps into its wallet to make it easier for users to lend out their digital assets and earn interest.