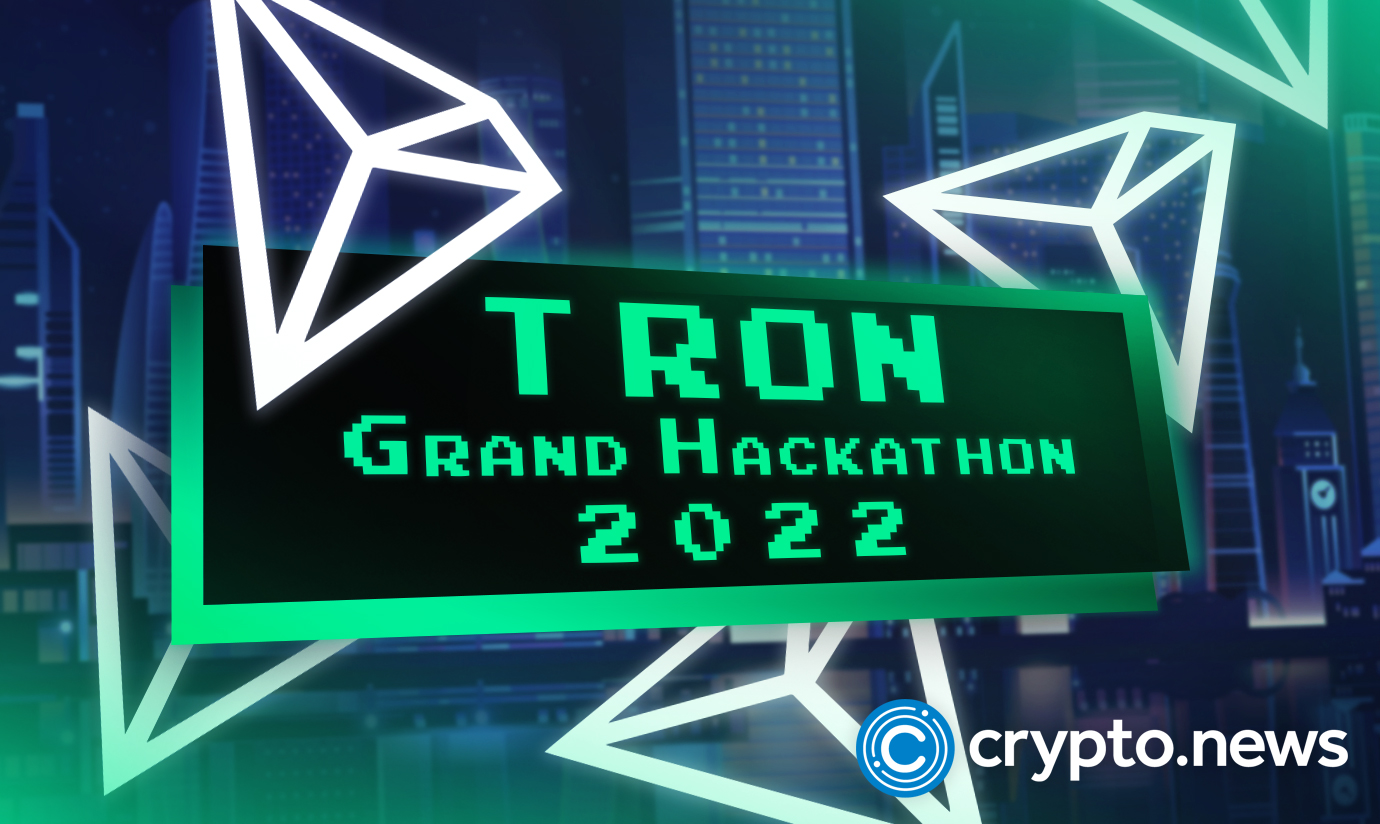 TRON DAO and BitTorrent Chain (BTTC) have released details of the TRON Grand Hackathon 2022. The team says it has increased the overall prize pool of this year’s “HackaTRON” from $1 million to $1.2 million. Participants with the outstanding Tron-based DeFi, GameFi, NFT, or Web3 solution will receive rewards, according to a press release on September 19, 2022.

Tron DAO, the decentralized autonomous organization in charge of Tron, a blockchain project that claims to be dedicated to accelerating the decentralization of the internet, has launched the Tron Grand Hackathon Season Three.

Per a press release shared with crypto.news,  this season’s event aims to expand upon the success of Season Two, which the Tron team claims attracted more than 1,800 participants with over 200 Tron-powered blockchain solutions.

The team says the Tron Grand Hackathon Season Three competition comes with an increased overall prize pool from $1 million to $1.2 million and two more project tracks will be added to the existing categories.

The overall winners of the HackaTron Season Three event, selected by judges across the DeFi, GameFi, NFT, and Web3 categories, will get $60,000. Meanwhile, the runners up will receive $50,000. The third, fourth, and fifth-placed participants will get $40k, $30k and 20k, respectively.

“The five ‘honorable mention’ winners in the Academy track will each receive $5k. To learn more about community voting and the prizes visit the TRON DAO Forum. We are excited to discover a multitude of innovative and diverse projects looking to positively influence the world with TRON.”

Founded by H.E. Justin Sun in September 2017, the Tron project has reached various significant milestones so far including its mainnet launch and acquisition of BitTorrent in 2018 and overtaking Ethereum to become the network with the largest circulating supply of Tether (USDT) since April 2021.

As of August 2022, the Tron Network boasts over 110 million total user accounts on the blockchain, more than 3.8 billion total transactions, and over $13.2 billion in total value locked.