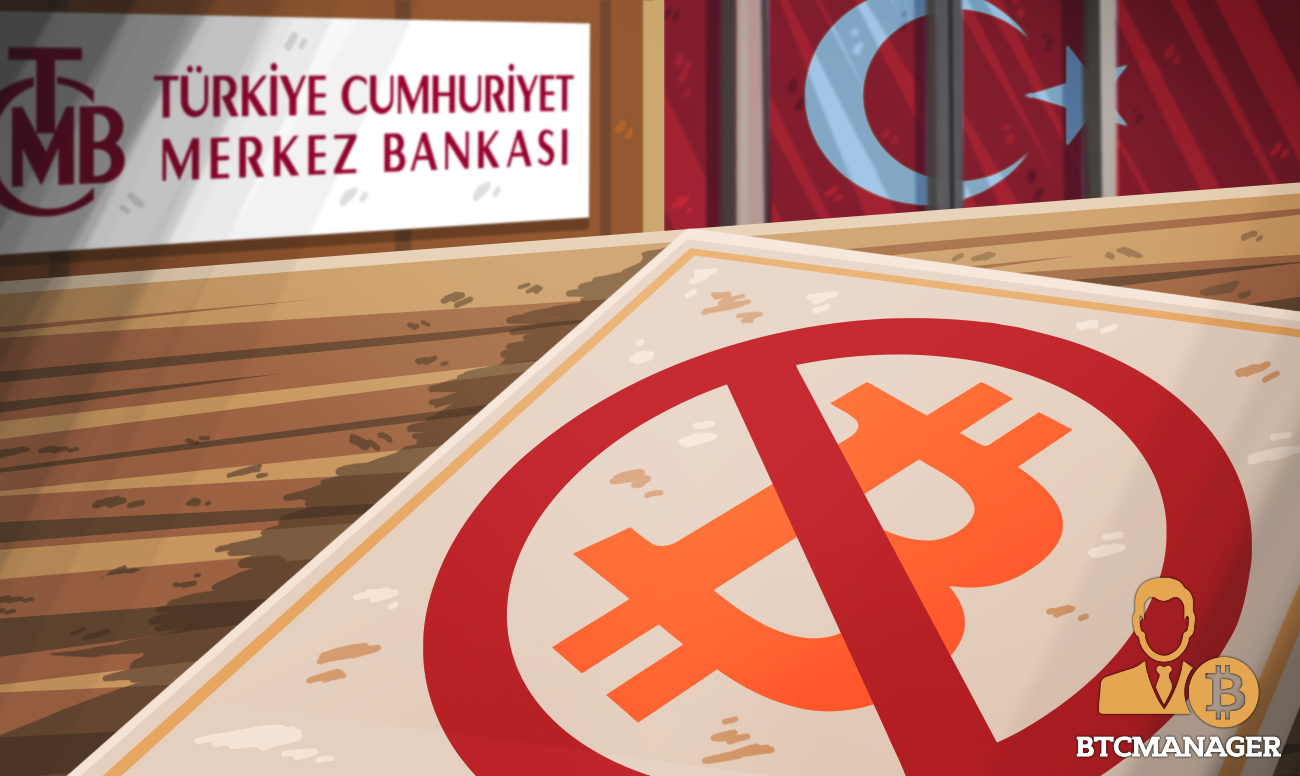 The Central Bank of the Republic of Turkey (CBRT) stated that it would ban the use of cryptocurrency as a means of payment. The upcoming ban comes amid an ongoing inflation crisis in the country.

The CBRT announced the new legislation via the Resmi Gazete, otherwise known as the Official Gazette, the official newspaper of the Turkish government, on Friday, (April 16, 2021). According to the publication, cryptocurrency cannot be utilized in any way for the payment of goods and services.

Part of the new regulation reads:

The CBRT also released a statement giving reasons for the ban, as reported by Reuters. Part of the reason for the new legislation was because of the risks associated with the crypto assets, and also the lack of a cryptocurrency regulatory framework.

“It is considered that their use in payments may cause non-recoverable losses for the parties to the transactions due to the above-listed factors and they include elements that may undermine the confidence in methods and instruments used currently in payments.”

Meanwhile, the new legislation, which would take effect on April 30, comes as the country is experiencing inflation crisis, coupled with the continuous devaluation of the lira. As previously reported by BTCManager in March, Turkey’s President Recep Tayyip Erdoğan sacked the former governor of the CBRT Naci Agbal, who had increased interest rates to fight Turkey’s inflation crisis. The action caused the already declining lira to shed 15 percent of its value.

Meanwhile, Google search for bitcoin in Turkey reached an all-time high, indicating a massive interest in the flagship crypto. The current economic crisis in the country has led residents to engage in bitcoin and crypto trading, as they see the growing industry as a safe haven to safeguard their funds.

While the cryptocurrency industry remains unregulated in Turkey, the country’s Ministry of Finance said earlier in March that it was monitoring the crypto space and working towards regulating the industry.