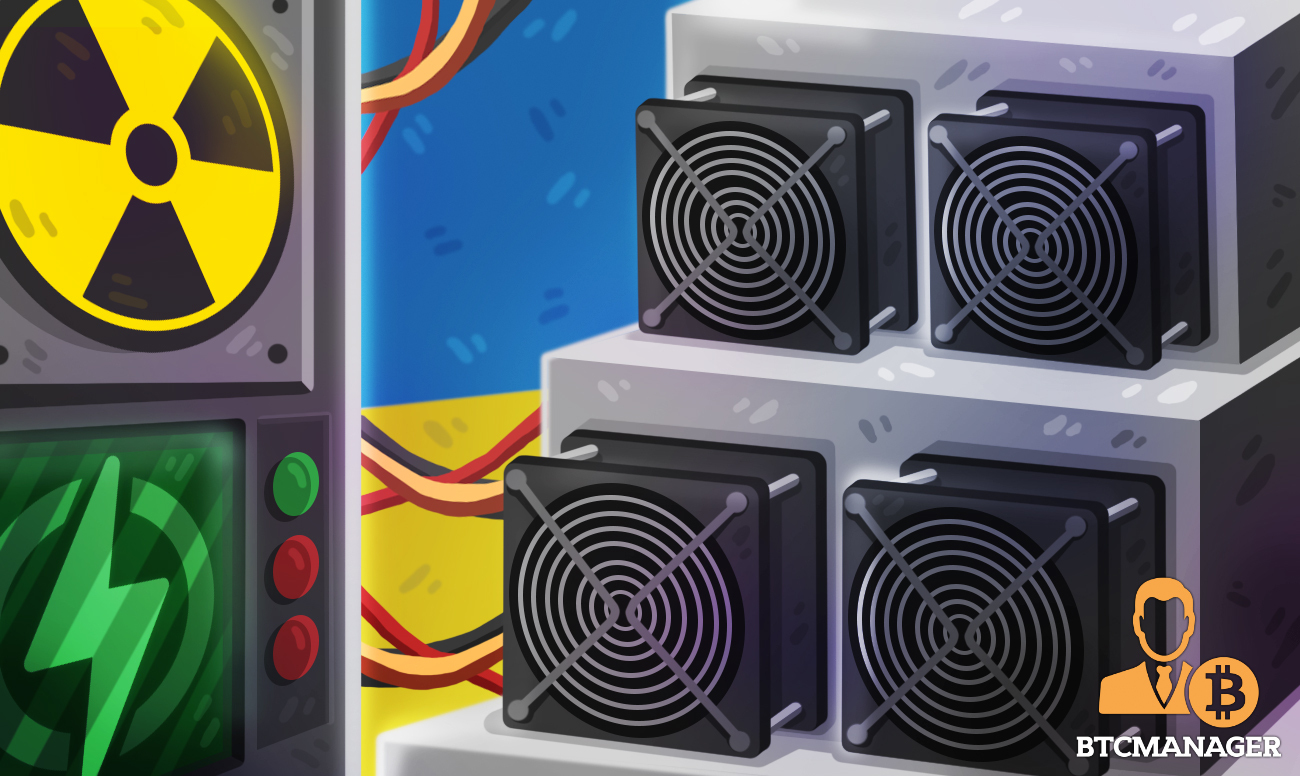 Through the Ministry of Energy, the Ukrainian government is reportedly planning to build Bitcoin mining centers next to its nuclear power plants to tap excess power, Data Centre Dynamics reported on Feb 1.

Talks Held between the Government, Power Company, and Chipset Manufacturer

However, to move forward with this proposal, they need to sign a Memorandum of Understanding (MoU) for guidance.

Sources reveal that the government is considering Bitcoin data mining centers, each able to draw between 250 and 500 MW of power. Energoatom says the total energy consumption across these Bitcoin mining facilities could reach 2 GW in their projection.

Subsequently, the absorption of extra load would help reduce the cost of transmission, reduce Energoatom profits, and increase revenue to the government, according to Vladimirov.

“The idea of ​​creating a data center based on a nuclear power plant, of course, deserves attention because the Ukrainian UES [unified energy system] has unused base capacity. The constant load on nuclear power units could bring extra profits to the state-owned Energoatom and enable businesses to operate, which will also pay taxes to the domestic budget.”

Public sources show that Ukraine is heavily reliant on nuclear which supplies half of their energy needs. It operates four nuclear plants with 15 reactors in Volhynia and South Ukraine, sourcing fuel and services from Russia and Westinghouse. In 2016, data showed that Ukraine had an installed capacity of 13 GW, ranking seventh in the world in 2016.