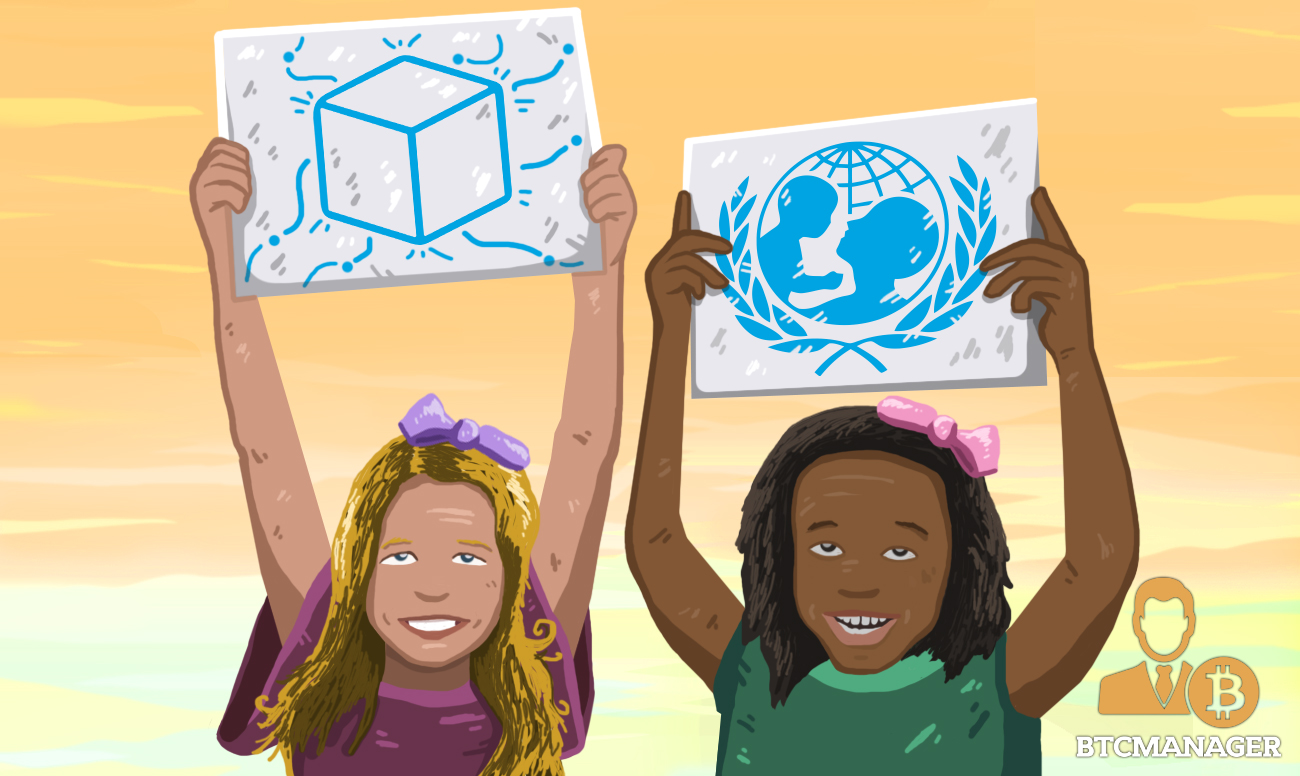 Blockchain technology is being hailed as the solution to promoting global financial inclusion. As such, the global children’s charity UNICEF is contributing to these efforts through a venture fund that will give up to $100,000 to blockchain start-ups working on blockchain-based solutions.

According to a recent announcement, the UNICEF Venture Fund is investing in seven blockchain firms in six countries, including Kenya, Argentina, India, Mexico, Rwanda, and Nepal. These seven start-ups, chosen from 450 proposals from 77 countries, will receive up to $100,000 in seed capital, with five of the seven opting to receive a share of the investment in Ether. Five of the startups are also led by women.

Per data from the World Bank, an estimated 1.7 billion individuals worldwide are “unbanked,” meaning they do not have access to basic financial services such as a bank account. The start-ups namely, Argentina’s Xcapit, India’s GovBlocks, Mexico’s BX Smart Labs, Rwanda’s Leaf Global Fintech, Nepal’s Rumsan, and Kenya’s Grassroots Economics and KotaniPay will work on building blockchain-enabled solutions to help achieve greater financial inclusion.

One of the start-ups – GovBlocks, based in India, is developing a system for decentralized governance that includes blockchain-based voting for Decentralized Autonomous Organizations (DAOs) and decentralized applications (DApps).

“Protocols and ownership economies that are getting created on blockchain platforms like Ethereum, Polygon and a lot of other ecosystems often require the community to vote on critical decision-making — whether it is about upgrading the technology, taking financial decisions for the protocol, there are many decisions which the community as a whole has to take together,” said Ish Goel, co-founder of GovBlocks.

Since 2016, the UNICEF Venture Fund has invested in early-stage ventures worldwide to encourage innovative solutions to local and global concerns. According to previous reports, the selected projects would receive not only financing but also mentorship to help them develop and make a difference in the lives of the world’s children.

The Innovation Fund has invested in over 100 companies in more than 57 countries so far. Projects supported include drone-delivered vaccines, blockchain-based digital prescriptions, and virtual reality solutions to help children improve their reading skills.

UNICEF can also receive, hold, and disburse cryptocurrencies through its CryptoFund – a pooled fund of Bitcoin and Ether that is a part of UNICEF’s Innovation Fund.