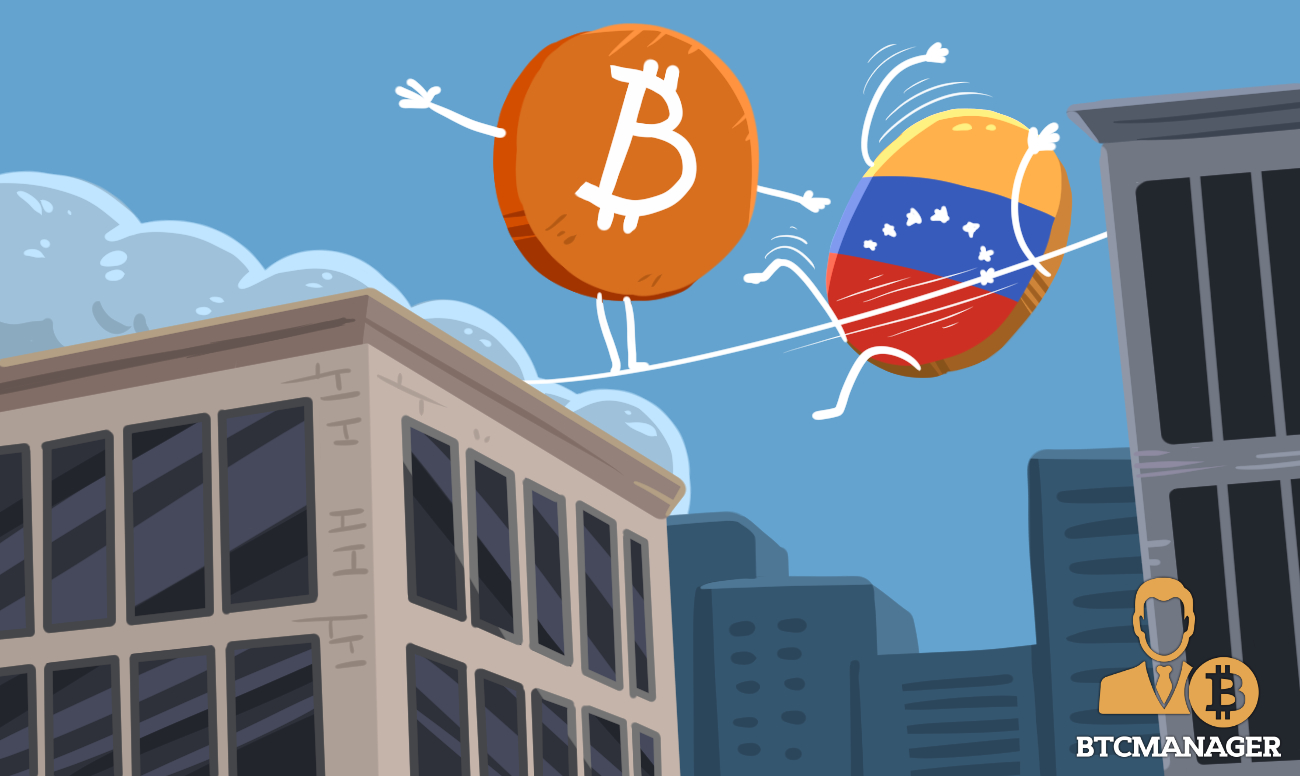 Several critics have fiercely disregarded the validity of bitcoin as an investment alternative to physical assets. However, citizens of Venezuela may prove them wrong, and provide a significant example of the pioneer cryptocurrency’s function in case of an economic crisis.

A Quartz report on June 9, 2019, revealed significant insights on bitcoin’s usage in the tattered economy if the cited data from peer-to-peer exchange Localbitcoins is considered. As observed, citizens of Venezuela are increasingly using the digital asset in the wake of the government’s struggles to contain its extreme, world-leading inflation rate.

The government is devaluing the Bolivar by omitting three zeros on August 4, 2018. However, the move has been deemed imprudent by financial authorities, who ascertain a further strain on the economy. Additionally, an International Monetary Fund report expects consumer prices to surge to 14,000 percent in 2018.

Notwithstanding the warnings, Venezuela’s banking industry continues to print the new denominations and update transacting systems.

Surprisingly, the government continues to support its state-backed cryptocurrency Petro, even as the import of cryptocurrency miners are banned and no robust legislation on digital assets exist. But, after the government’s unfortunate handling of fiat money, it is unlikely that citizens trust the digital currency.

Third-World Countries Need Bitcoin the Most

Although bitcoin is widely-regarded as a lucrative investment vehicle, and it is easy to forget the original function of the pioneer cryptocurrency – that of being a decentralized store of value.

While first world speculators may not fully realize bitcoin’s potential, citizens of countries with weak economic systems have much to fear when their authorities decide to ban the peer-to-peer payment protocol.

As a result of this, bitcoin trades at a massive premium in countries like Venezuela and Zimbabwe. As reported by BTCManager on May 13, 2018, the Zimbabwean premium even superseded the famous “kimchi premium” by a longshot, with the price of bitcoin reaching $30,000 on the country’s crypto exchanges while the world rejoiced on the $20,000 mark.

After citizens of Zimbabwe, South Sudan, and Venezuela quickly adopted the use of bitcoin, whose payment method proved to be highly beneficial and surprisingly less volatile than the native fiat, corrupt regulators and authorities have viewed the digital money with suspicion, presumably due to realizing that bitcoin may restore monetary power to the average person.