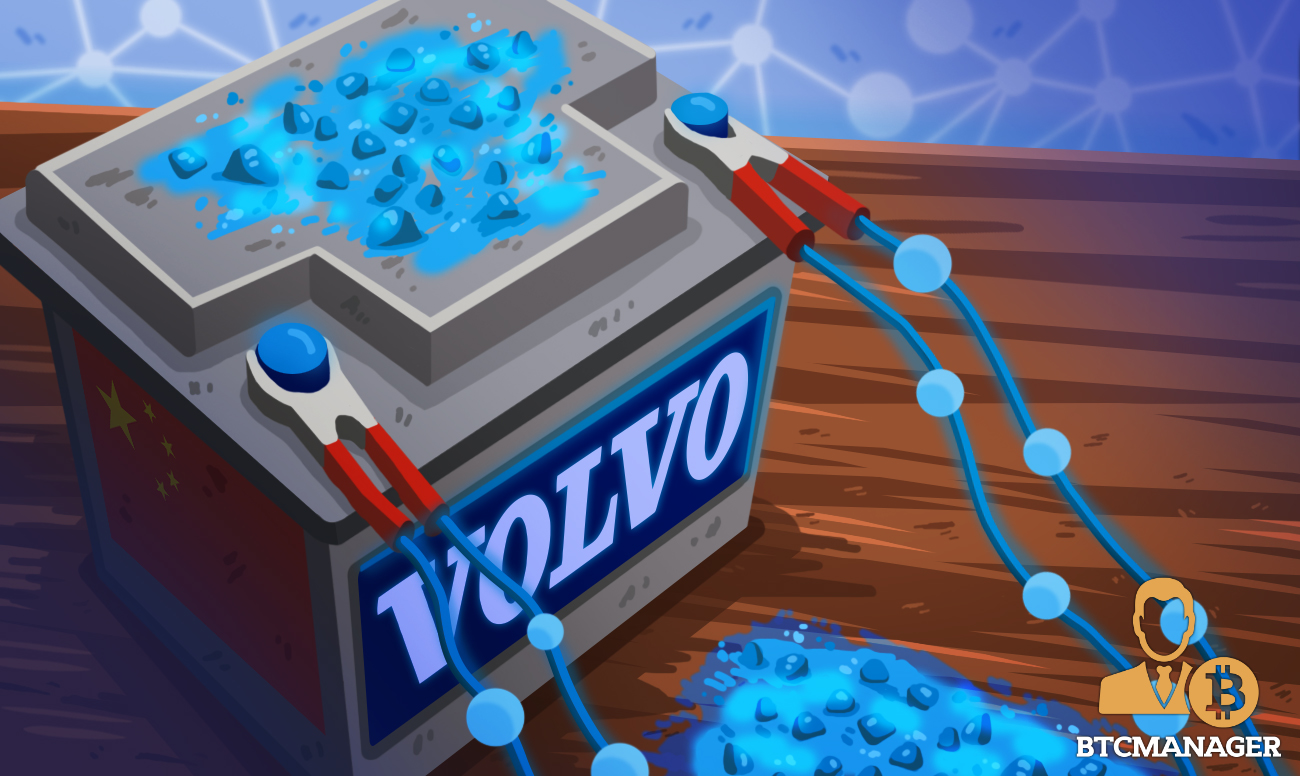 Volvo, one of the world’s foremost car manufactures, has adopted blockchain technology in a humanitarian manner. As per an article posted by The Business Times, August 5, 2019, the carmaker is using the tech to monitor the supply of cobalt coming from the Democratic Republic of Congo, as to assure investors and customers that they’re electric vehicles are not reliant on supplies from conflict nor child labor.

With its manufacturing arm based in China, Volvo, as well as many other automotive and tech companies, have been struggling to tackle the widely reported troubles of cobalt sourcing, which has notoriously left many scars on the Democratic Republic of Congo (DRC).

Electric cars are heavily reliant on cobalt as this is what their batteries are made out of, and according to the report, around two-thirds of all cobalt supplies are brought in from the DRC.

In a part of the world where cobalt mining is often reported to be rife with child labor, violence, and other heinous activities, it’s beginning to put an increasing amount of pressure on manufacturers to ensure that their ‘clean’ electric vehicles aren’t tainted to begin with.

In a noble attempt to do so, Volvo has linked with Circulor, a British blockchain company with sustainable sourcing and supply chain solutions at the center of its remit. Notably, the UK firm was reported last year to have partnered with the Rwandan government in a similar manner, with the goal of removing conflict minerals from the Tantalum supply chain. The partnership allows buyers and suppliers to tag and track the metal throughout its production process, utilizing Hyperledger Fabric.

In this instance, Circulor is utilizing software provided by tech powerhouse Oracle, who had previously developed a blockchain-based supply chain solution that would go on to become part of the World Bee Project.

That said, whilst blockchain won’t be the decisive blow to the numerous problems that cobalt mining brings to the DRC, the implementation of the technology is to have a positive impact and perhaps bring about the change necessary to improve the situation.

“No technology can completely replace due diligence. What it will do is improve enforcement of standards by highlighting when things are not working as intended,”