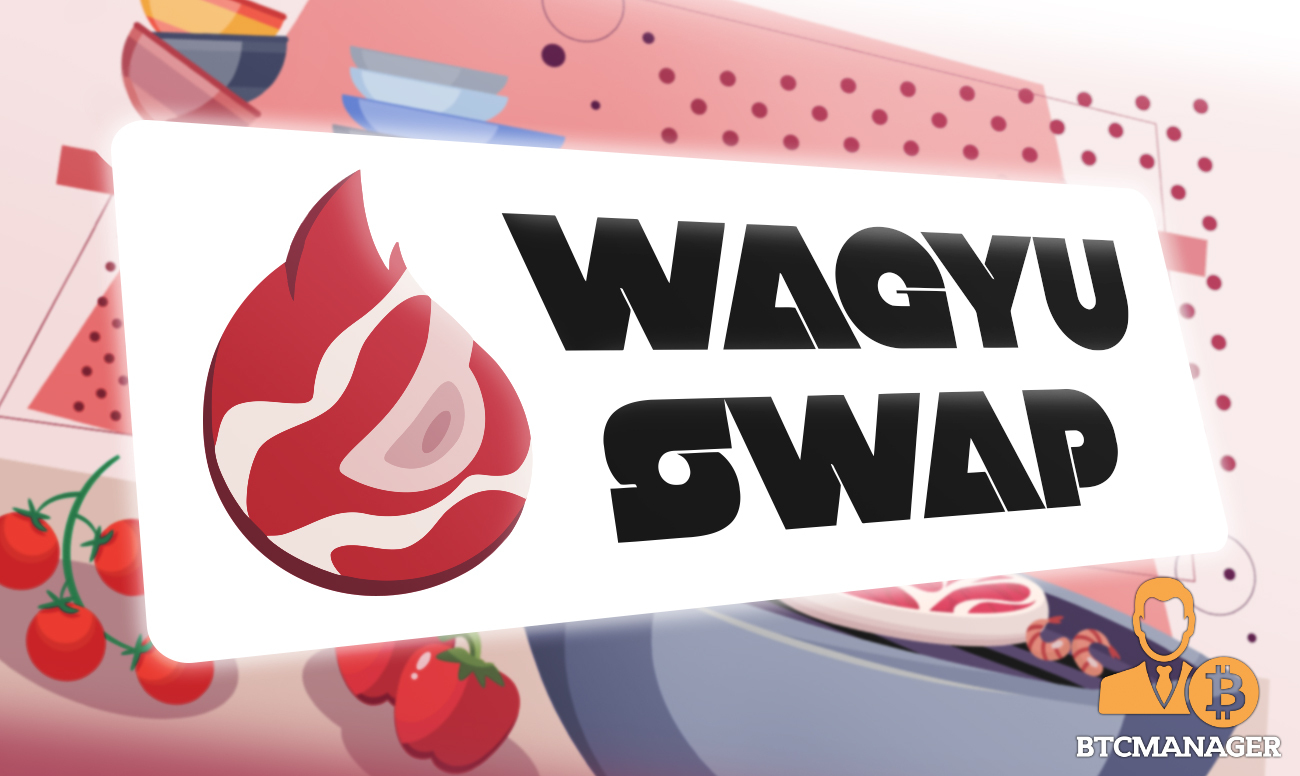 WagyuSwap’s WAG is a “hot” DeFi token, reading from the exemplary price performance in the last four or five days of trading. Many projects, especially when market participants are worried about peaks, often pull this superb performance a few hours after launch.

Less than 48 hours after launch, WAG prices rose 100X, settling at over $1 at peaks, data from CoinMarketCap reveals. At this level, WAG posted average daily trading volumes of slightly over $1 million to be among one of the most liquid DeFi tokens.

At the time of writing, WAG prices have experienced yet another surge in interest following a drop, and now the pace has been set. Trading at $0.53 as of September 13, WAG has a self reported Market Cap of $1.9 Million. WAG has a fully diluted market cap of over $255 million from the coin’s total supply of 500 million. Presently, there are 3.75 million WAG tokens in circulation.

The WagyuSwap DEX on Velas

WagyuSwap is a decentralized exchange that launched from the Velas blockchain. The ledger uses Solana code and introduces EVM compatibility to deliver an enhanced user experience for DeFi users. Alongside this, the Velas blockchain is unique due to its incorporation of Artificial Intelligence (AI).

Combining AI with a delegated Proof-of-Stake system resolves scaling troubles that presently limit the aging Ethereum ecosystem. Accordingly, fees fluctuate, making it unfeasible for users to transact on-chain due to unrealistic Gas fees they have to shell depending on the complexity of the smart contract, so despite activity density and its lead in DeFi, Ethereum faces scaling problems due to the low throughput of the network and this road leads only to more innovation outside of the Ethereum ecosystem via projects like Wagyuswap.

Artificial Intelligence optimizes Velas Blockchain’s performance, remains open-source, and is suitable for DeFi operations considering the sub-sector’s demand. WagyuSwap’s launch on the cross-chain transfers supporting chain adds more opportunity for users who want to switch from Ethereum to WagyuSwap. However, it should be noted that WagyuSwap isn’t just connecting to Ethereum. It can link to the Solana, Binance Smart Chain, and other ecosystems, provided they are EVM compatible. In reality, it means all Tendermint-powered networks can connect to WagyuSwap.

Due to Velas Blockchain’s high throughput of up to 75k TPS, WagyuSwap would be the fastest DEX in the sphere. Subsequently, because of super-fast processing, transacting on WagyuSwap will be near-free with negligible costs. WagyuSwap is also lining up:

– Staking where users with high APYs

WagyuSwap is strategically launching on a platform that’s yet to be fully explored and realised. Like first-time investors of DEXs like Uniswap and PancakeSwap, WagyuSwap plans to be the go-to DEX on the high throughput, cross-chain, and AI-dependent Velas Blockchain.

At the time of writing on September 12, over 40 projects are now active on the Velas blockchain.Investors have a chance to be among the first to back the DEX with chances of racking up astronomical ROIs in the later stages.

A combination of high transaction speeds and super-low trading fees further complements the DEX’s first mover advantage, making it an attractive proposition for investors who participated in last week’s IDO on BSCPad and ETHPad.

WAG has been listed at Coingecko and CoinMarketCap and is available for trading on two of the world’s most popular DEXes—Uniswap on Ethereum and PancakeSwap on the competing Binance Smart Chain (BSC).

On September 10, three days after the IDO, the team partnered with Brokoli to offset DeFi Carbon’s footprint. In this arrangement, WagyuSwap would use Brokoli’s solution to, among other activities, fund tree planting, renewable energy, and e-waste recycling programs.

During the crowd sale, each token was available for $0.01, and less than a week following their participation, investors are up 50X at spot rates of $0.54. However, at peaks, they posted over 100X when prices soared to over $1. WAG’s price movement shows it to be a potent force in the DEX market already, and it begs the question: where will WAG head next?