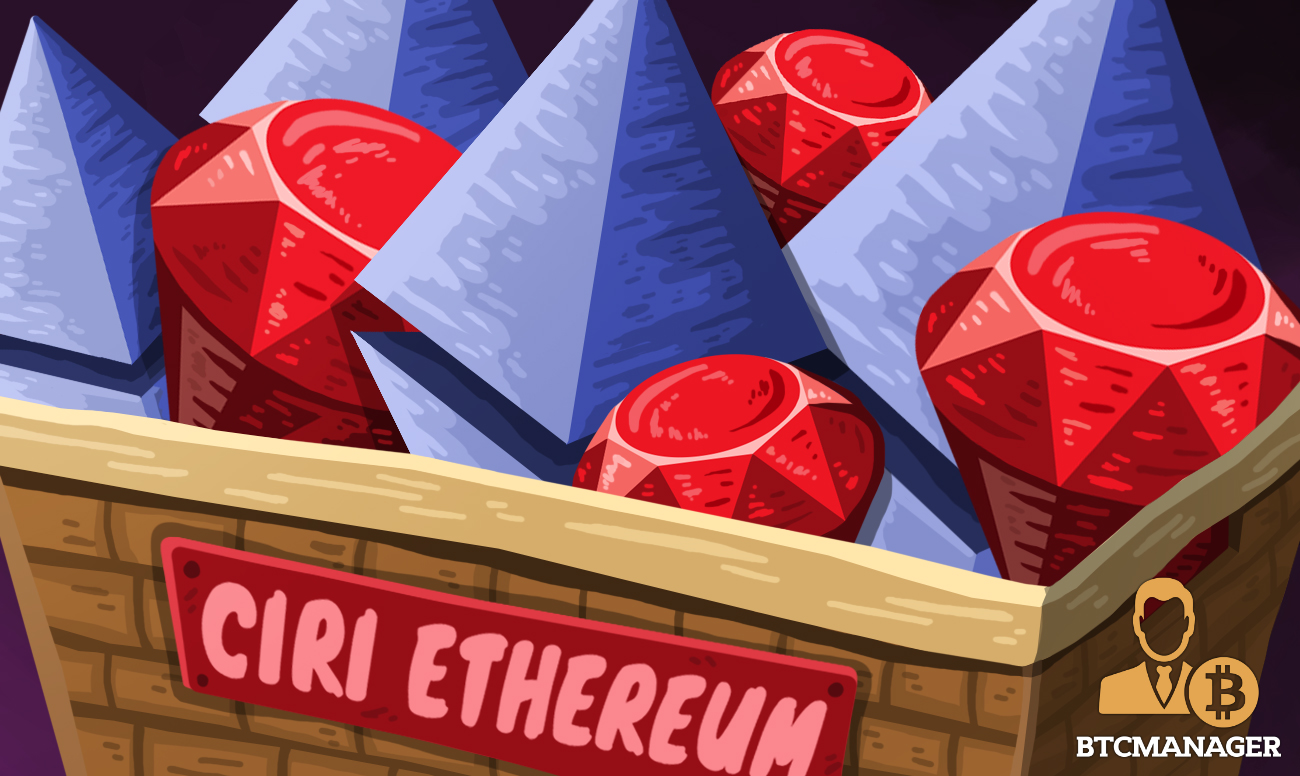 Ethereum is not only one of the largest cryptocurrency networks measured by market capitalization, but it also possesses one of the largest developer communities in the industry. As a result, innovations are continuously being built on top of the Ethereum blockchain. One of these innovations is Ciri, a blockchain toolbox for Ruby developers, that aims to entice more developers to join the Ethereum community.

Ciri refers to itself as “an ongoing Ethereum 2.0 implementation written in Ruby and a blockchain toolbox for all Rubyists to build their own chains,” on its GitHub page.

The platform, which is still in development, wants to attract Ruby developers to Ethereum by providing a blockchain toolbox that allows for the easy creation and modification of private and public chains using the programming language Ruby. According to a blog post by Ciri’s lead developer, Jiang Jinyang:

However, the project still needs to implement several components – including DevP2P, KeyStore, and CLI before it will be able to run a node on the Ethereum mainnet.

Furthermore, the team is keeping a close eye on further developments of the Ethereum network, such as its planned Casper and sharding update, which will need to be taken into account to develop the toolbox for Ruby developers.

The project’s roadmap highlights the hurdles the project will still need to overcome before it can release its beta version, which is expected to be deployable in early 2019.

BTCManager spoke to Ciri developer, Jiang Jinyang, about his project and why he believes adding a toolbox for Ruby developers could help the Ethereum network:

“In China, blockchain and Ethereum are still not widely accepted in the Ruby community so there are not many developers familiar with them. In my opinion, Ruby developers are good at applying technologies to products because of the prevalence of the Rails framework. As proof, you can easily find a variety of Ruby web apps on websites like Indie Hackers and Ruby China. In this scenario, I personally think it is a good opportunity to introduce Ethereum and dApps to Ruby developers to see what implementations could be built.”

BTCManager also enquired as to what challenges Jinyang has been facing in the development of Ciri.

He responded: “There are two main challenges for me in Ciri development. One is that Ethereum 2.0 is being developed in a fast pace so specs are not completed yet and most likely there will be many changes on them. The other one, resources are pretty limited, and I am the only long-term developer working on the project. I have to complete stable features to make Ciri deliverable so that Ruby developers can start playing on it.

Finally, BTCManager queried Jinyang about the timeline of the Ciri project and when we can expect a beta version to launch.

“Because Ciri Ethereum targets ETH 2.0, which is currently in PoC, there is still a long way to go for Ciri. As a next-phase target, I will complete the main features of Ciri Ethereum as soon as ETH 2.0 mainnet releases,” he responded.

Ethereum’s token, ETH, has lost substantial value throughout 2018 – dropping by over 80 percent year-to-date – and many in the cryptocurrency community argue that it will soon be overtaken by more technological advanced blockchain networks that do not face the same scaling challenges as their predecessor.

However, Ethereum’s active developer community is a testament to the project’s potential to continue to grow to ensure it will remain one of the leading distributed smart contracts computing platform, even the if much-needed protocol changes take longer than previously planned.

While platforms like EOS, Tron, and Cardano have been able to attract developers to their platforms, the size of the Ethereum Dev community and its platform’s adoption by businesses and startups demonstrate the strength the network still possesses, even if its market value has just dropped below that of Ripple (XRP).

If Ethereum core developers manage to implement their proposed network upgrades successfully, Ethereum will most likely continue to reign supreme among the smart contract computing platforms, which will then also likely be reflected in the value of ether.