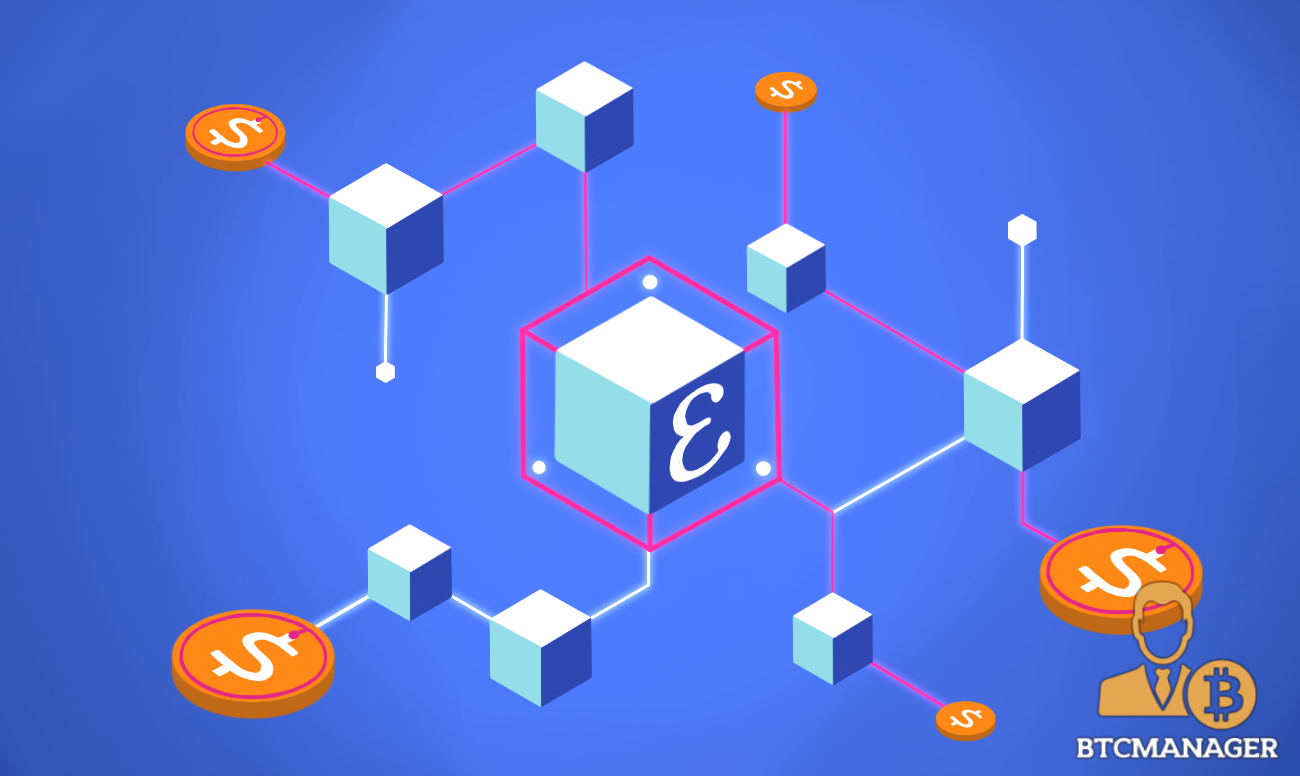 While blockchain technology is undoubtedly hugely innovative, the limitations of its existing iterations have become increasingly clear over the last few years. Several of the inherent features of the blockchain that initially endeared it to the masses are now making it difficult for it to be adopted on a global scale.

There are a number of factors affecting the adoption rate of blockchain technology. Top among these are privacy considerations. While the public nature of most of today’s blockchains is imperative for the good functioning of the digital currencies they underpin, it is a disadvantage for most established corporations.

This problem is encapsulated well in the whitepaper of blockchain startup, Enigma:

“The intense verification and public nature of the blockchain limits potential use cases, however. Modern applications use huge amounts of data, and run extensive analysis on that data. This restriction means that only fiduciary code can run on the blockchain. The problem is, much of the most sensitive parts of modern applications require heavy processing on private data. In their current design, blockchains cannot handle privacy at all. Furthermore, they are not well-suited for heavy computations. Their public nature means private data would flow through every full node on the blockchain, fully exposed.”

Additionally, blockchain solutions are experiencing challenges with regard to processing a high number of transactions as more users join the network. Due to this, many developers are introducing the idea of storing some data on central servers. Obviously, this is a contradiction of the principle of decentralization and renders the data stored centrally vulnerable to attacks. As stated in an Enigma blog:

“Blockchains are a powerful technology, but today they are impractical and mostly unusable at scale. Currently computing capacity on blockchain is slow and it is expensive. In addition, on-chain data is visible to everyone. As a result, most data must still be stored off-chain in centralized databases. This means that “decentralized applications” are either not truly decentralized, or they cannot scale and cannot use any sensitive data, seriously limiting their utility.”

Through its novel protocol, Enigma aims to address these challenges to “build the first platform for scalable, end-to-end decentralized applications.” The concept was originally put forth by Guy Zyskind in a paper titled “Decentralizing Privacy: Using Blockchain to Protect Personal Data.” In conjunction with Oz Nathan and Alex ’Sandy’ Pentland, the MIT researcher developed the concept of secret contracts. These contracts are the tool through which Enigma makes data on blockchains private. In their words:

“Enigma solves blockchain’s scalability and privacy issues from the protocol level with a second-layer, off-chain network. Key to this is Enigma’s “secret contracts”, which allow data to be processed by nodes in the Enigma network while still being kept private. Through this innovative architecture, we are creating a truly decentralized and secure solution on which innovative applications can be built.”

Enigma’s secret contracts function similarly to smart contracts with the key difference being that data within the protocol is completely private. The developers utilized the two-party computation protocols introduced by Yao in 1982 to design the Multi-Party Computation (sMPC or MPC) structure. This is the basis of secret contracts.

“Using secure multi-party computation (sMPC or MPC), data queries are computed in a distributed way, without a trusted third party. Data is split between different nodes, and they compute functions together without leaking information to other nodes. Specifically, no single party ever has access to data in its entirety; instead, every party has a meaningless (i.e., seemingly random) piece of it.”

This is in contrast to how the majority of blockchains currently operate. In addition to addressing the privacy concerns of the data of the individual, MPC is a favorable addition for corporations and other parties, such as governments, who need to control access to data for a myriad of reasons. Enigma has the capability to facilitate data computations without needing to reveal the raw data. To illustrate this function, the company poses an example of a group of people computing the mean salary of their group. Each person would submit their salary and be able to see the computation of their position in the group, but no one would see the salaries of other members. According to Enigma. “In practice, any program can be securely evaluated while maintaining the inputs a secret.”

In order to support MPC, Enigma employs a structure called the decentralized off-chain distributed hash-table (DHT). This is a tool that allows the protocol to access data in a secure way while still preserving the privacy of the content. The DHT “…stores references to the data but not the data themselves. Private data should be encrypted on the client-side before storage and access-control protocols are programmed into the blockchain. Enigma provides simple APIs for these tasks in the scripting language.”

Furthermore, Enigma addresses the scalability problem prevalent in today’s blockchains. “Unlike blockchains, computations and data storage are not replicated by every node in the network. Only a small subset perform each computation over different parts of the data. The decreased redundancy in storage and computations enables more demanding computations.” The storage of certain data off-chain also helps reduce the computational burden on the network, thus positively affecting speeds.

The secret/private contracts on Enigma’s protocol can handle both private and public information. The data that needs to be kept private is handled on Enigma’s protocol layer, while the data that does not need enhanced privacy is handled on the blockchain. Enigma is designed with interoperability in mind and can be added to existing blockchains to enhance privacy and scalability. The process of moving private computations off-chain is accompanied by “access control” measures that ensure privacy.

“Enigma’s execution ensures both privacy and correctness, whereas a blockchain alone can only ensure the latter. Proofs of correct execution are stored on the blockchain and can be audited. We supply a scripting language for designing end-to-end decentralized applications using private contracts, which are a more powerful variation of smart contracts that can handle private information (i.e., their state is not strictly public).”

The Enigma Catalyst and Data Marketplace

In order to demonstrate the robustness of its protocol, the Enigma team has developed two DApps: the Data Marketplace and the Engima Catalyst. The Data Marketplace is deployed on Ethereum and is an integral part of the structure of the protocol. “The current implementation includes the on-chain portion, dealing with contextual information about data-sets, namespaces, and subscriptions. The on-chain logic is coded in smart contracts deployed on the Ethereum network, and is operated directly with Enigma tokens (ENG).” Parties are able to contribute data to the marketplace, which is designed to be decentralized. These can be private individuals or corporations. Any users wanting to have access to the data contained in the marketplace are to pay a fee.

The Enigma Catalyst is a trading platform in which data sharing and curation within the platform community “…allows anyone to build their own crypto hedge fund.” The platform includes support for Binance, Bitfinex, Bittrex, and Poloniex exchanges.

The Enigma token (ENG) is a utility token based on the Ethereum ERC20 token standard. It was distributed through a token sale held in September 2017. The token had a fixed supply of 100 million units. Fifty percent was distributed during the token sale with 25 percent retained for the community and the last quarter reserved for the development team to be shared over time. ENG is currently trading $1.21 and has a market capitalization of over $90 million.

Should You Hold ENG Tokens?

Following the short-lived security breach witnessed before its ICO, there were concerns that a project with a focus on privacy was still able to be compromised, which led to a loss of funds from some investors. However, since then, the Enigma team has been delivering on the points outlined in its roadmap. Both Catalyst and Data Marketplace were well-received by the crypto community. Additionally, the increased focus on privacy-centric solutions within the sector, as well as the fact that Enigma has a stellar team composed of high-level blockchain scientists, suggest that the project may continue to do well as its price suggested when it peaked at over $8.00 in January 2017.

Lastly, the wide array of potential use cases for the protocol as well as its interoperability with existing blockchains, also speak for the project’s future potential. While Engima is not a well-known blockchain project, as it barely ranks in the top 100 cryptocurrency projects in terms of market cap, it is one to keep an eye on. However, as a mid-cap token that is less than a year old, it is a high-risk investment to which most investors would only allocate a very small portion of their overall crypto asset portfolio.