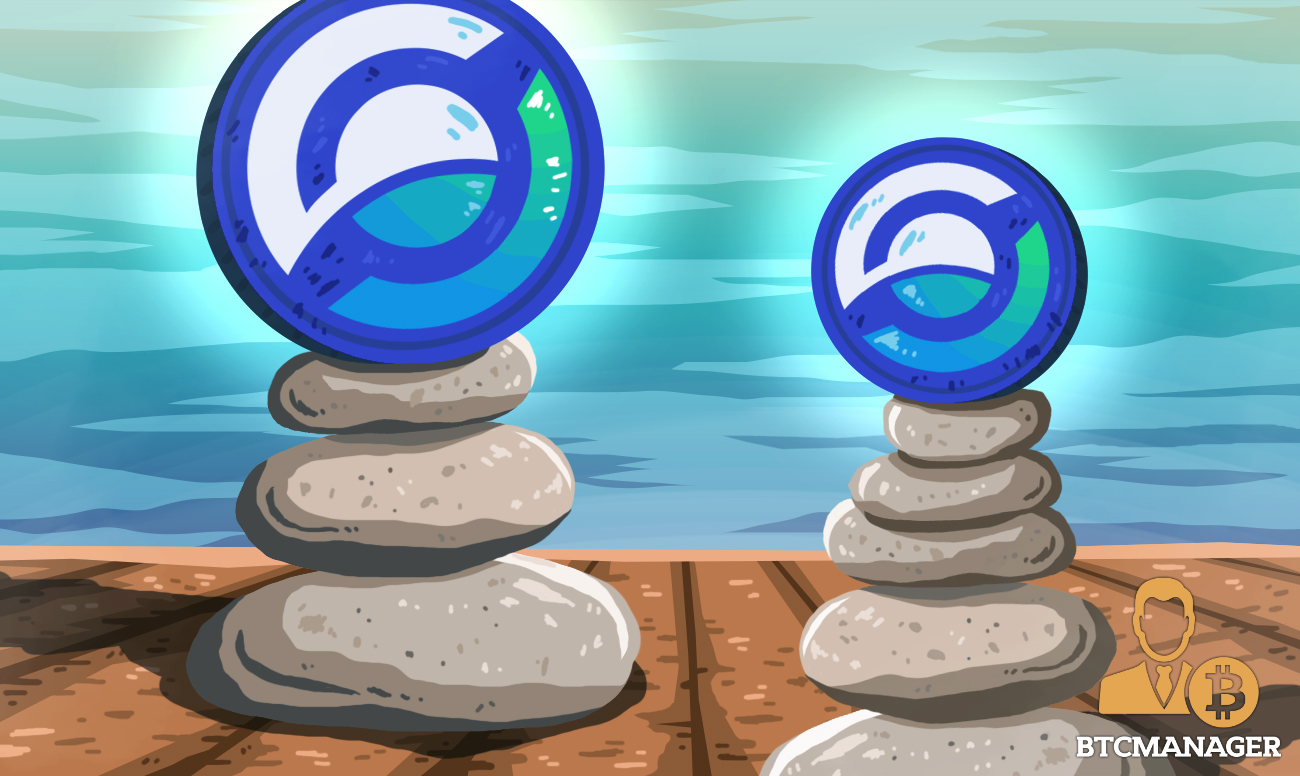 Horizen is a privacy-oriented blockchain network for borderless, decentralized communications and transactions. The platform provides a secure framework which is designed to support a range of applications that prioritize privacy.

Horizen is built on the core belief that individuals should have the right to control which information about them is accessible as well as who can access said data. The ecosystem that Horizen is developing relies heavily on zero-knowledge proofs to provide a genuinely private environment in which people and businesses can operate.

The project defines its core goals in its whitepaper, stating: “Zen will contribute to the human right to privacy and provide the necessary networking infrastructure for people to collaborate and build value within a borderless ecosystem securely.”

To achieve this, the platform will offer a wide range of functionalities. “Zen’s framework is a secure, privacy-oriented infrastructure with a governance system structured to enable participants to collaboratively extend functionality in many dimensions.

Horizen also has its native digital currency, called ZEN, which has emerged as one of the most popular privacy coins in the market.

How Did ZEN Come To Be?

ZEN is the result of some hard forks from some digital currencies. The initial predecessor of ZEN is Bitcoin.

In 2016, Zcash was created as a fork of Bitcoin. Zcash differs from Bitcoin in a number of significant ways. Zcash introduced the concept of fully anonymous shielded transactions. This means that users were able to choose between normal addresses like those witnessed in Bitcoin or a new type of private address.

The Bitcoin network is pseudonymous which means that all details related to a transaction can be seen on a public blockchain. Using the normal t-addresses on the Bitcoin network exposes one to a degree of compromise when it comes to privacy. Zcash created a solution to this, called Z-addresses.

These are addresses that are shielded and are resistant to traffic correlation analysis. This provides an enhanced degree of privacy in comparison to Bitcoin.

Zcash also differs from Bitcoin through the introduction of a 20 percent levy on all mined units of the token. This fee would last for the first ten years, which is equivalent to 10 percent of the mining lifecycle of the altcoin.

The developers referred to this as the “Founders Reward” and it is supposed to be used to fund the endeavors of the development team. It was a highly contentious issue within the Zcash community.

Following increasing discontent, some community members decided to hard fork Zcash. They created a new blockchain with its native token called Zclassic. Zclassic was very similar to Zcash. The developers removed the contentious Founders Reward from the tokens specifications.

It also amended the details of the money supply, increasing the rate at which new tokens came into circulation.

Zclassic was then forked to create a new blockchain. This was called ZenCash and is what is now called Horizen. Zclassic was merely a privacy-oriented digital currency whereas Horizen aims to create a whole ecosystem.

“Our team realized that Zclassic could be further extended as a fully encrypted network with an innovative economic and governance model that better aligns with Satoshi’s original vision for a decentralized global community. We view Zclassic as a fundamentally pure open-source, all-volunteer cryptocurrency project, while Zen extends into a platform with internal funding to facilitate a broader set of communications, file-sharing, and economic activities,” Horizen states in its whitepaper.

Horizen was launched as ZenCash on May 23, 2017, as a fork from Zclassic. ZenCash’s blockchain utilizes the Equihash hashing algorithm. This is a memory-hard, proof-of-work mining algorithm created by a duo of scientists from the University of Luxembourg.

Alex Biryukov and Dmitry Khovratovich developed the Equihash algorithm, basing it on the generalized Birthday Problem as well as Wagner’s solution for it.

The block reward in ZenCash is 12.5 units of the token which halves every four years. Block time is every 2.5 minutes while block size is 2 MB. The difficulty adjustment algorithm used within ZenCash’s blockchain is called Digishield V3, which was the algorithm employed within Zcash.

However, in ZenCash, the algorithm was amended to use a different average difficulty window. The maximum coin supply is 21 million.

DAOs handle governance within this blockchain. The community can create one or more DAOs which are then responsible for the operations and continuous improvement of the system. They will design, operate and otherwise administer the various platforms related to the altcoin.

These include the Zen information distribution (Web, wiki, blog, media) as well as the Proposal System and Voting System. They are also in charge of the Reporting and monitoring systems employed within the blockchain.

One of the most innovative applications of Horizen’s privacy-oriented platform is the possibility of encrypted private messages recorded on the blockchain. The shielded transactions on Horizen are designed to be able to incorporate text. The text has a 1024 character limit but is a secure way to hold discussions.

“Instead of discussing the transaction in other less-secure channels that may not have the same level of privacy enhancements as Zen, users can communicate via the ZenTalk messages with the other party or parties before and after the shielded transfer takes place with minimal z transaction spends. These messages can be sent directly from one z address to another,” the whitepaper states.

Additionally, the Horizen ecosystem provides its users with the ability to publish documents to the IPFS or GNUnet. These documents can be released anonymously. Horizen believes this is an essential extension of privacy oriented communities.

Another innovative creation that Horizen is working on is Domain Fronting. This is a system where the users can hide their domain name by providing a level of protection from any bodies who would seek to block or censor their communication.

This is an important innovation especially for those operating in highly sensitive political climates where access to communication and information networks is very heavily regulated.

“A censor, unable to distinguish fronted and non-fronted traffic to a domain, must choose between allowing circumvention traffic and blocking the domain entirely, which results in expensive collateral damage.”

This promotes the elimination of unhealthy totalitarian control over such resources.

On June 2, 2018, ZenCash fell victim to a 51 percent attack. This attack vector is also known as a double spend. Double spends happen when attackers are able to add a number of privately mined blocks to the blockchain all at once. This means that they are able to create the chain with the highest number of blocks.

With how proof-of-work is designed, the longest chain is the chain that is automatically designated as the true chain. As a result, the other honest miners on the network are likely to continue adding to the chain created by the malicious miners. This is what the ZenCash network fell victim to.

When Bitcoin’s pseudonymous creator Satoshi Nakamoto designed PoW, he/they envisioned a situation where a single computer would act like an only miner and, therefore, it was determined that 51 percent attacks were both hard to coordinate as well as economically infeasible.

This is because it would take a lot of effort to make about half of the miners on the network agree to attack the system when it would likely result in a loss of revenue for them.

However, in the years since Nakamoto’s invention, the mining environment has experienced great changes. As Robert Viglione, a ZenCash core team member explains:

“Now we live in a world of ASICs, professional and well-capitalized mining farms, and with the hash rate for hire services like Nicehash that can be used instead of spending a ton of money on your farm to temporarily hijack a network. We see that it is now both technically feasible and economically beneficial to try your hand at a 51 percent attack.”

While the attackers were able to get away with about 23,000 ZEN from an exchange, they did not do any other damage to the ecosystem. However, in response to the attack, the team rebranded the project to Horizen and is proposing a plan of action that is designed to reduce the effectiveness of 51 percent attacks. It involves adding blocks to the chain but with a time delay.

The core Horizen team is composed of three members. These are Joshua Yabut, Rob Viglione, and Rolf Versluis. Yabut is an experienced scientist with roots in aerospace engineering as well as computer science. He also has extensive cryptocurrency development experience as he was part of the central team for Zclassic.

Viglione is a former physicist, mathematician, and military officer. He was also a part of Zclassic’s central team. Viglione subscribes to the libertarian school of thought and believes peace, freedom, and respect for individual life and privacy are inherent to a good quality of life. These are part of the core qualities that Horizen is trying to create within its ecosystem.

Lastly, Versluis is an experienced business owner in the IT industry. He has previously worked at Cisco as well as a nuclear-trained officer in the US Submarine force. Using the knowledge garnered from running his businesses as well as his mid-sized mining operation, Versluis provides administrative and operational insights to the core team.

Should You Add ZEN to Your Crypto Portfolio?

The Horizen team is keen to establish its platform as a market-leading privacy-focused blockchain network and has been working hard to achieve this goal.

Since it has rebranded from ZenCash to Horizen, the project has been able to push ZEN more into the forefront of investors’ mind thanks to the launch of the Grayscale ZEN Investment Trust as well as Digital Asset Custody Company’s announcement to now also provide custodial services for ZEN investors. Both these developments could help to boost the price of ZEN through increased institutional investor investment.

Moreover, Horizen has also partnered with Get Cred to offer $10 worth of free ZEN to new Get Cred users who purchase a minimum of $10 in ZEN through the app.

In light of Horizen’s activities and price-positive announcements since the rebrand, we can expect to hear more positive news from the team going forward as it seems like they are looking to step up their efforts to grow Horizen into a leading blockchain network.

Despite Horizen’s advanced technology, ambitious roadmap, and actual announcement as of late, ZEN is still one of the smaller anonymous coins and will likely remain second-tier versus the likes of Monero and Zcash shortly. From a pure investment point of view, it will be interesting to see how the value of ZEN develops as the Horizen platform implements the key features found in its whitepaper.

Due to its second-tier position among privacy coins and its relatively small market capitalization of $75 million, ZEN needs to be classified as a high-risk investment and should probably only make up a small holding in a well-diversified crypto asset portfolio.