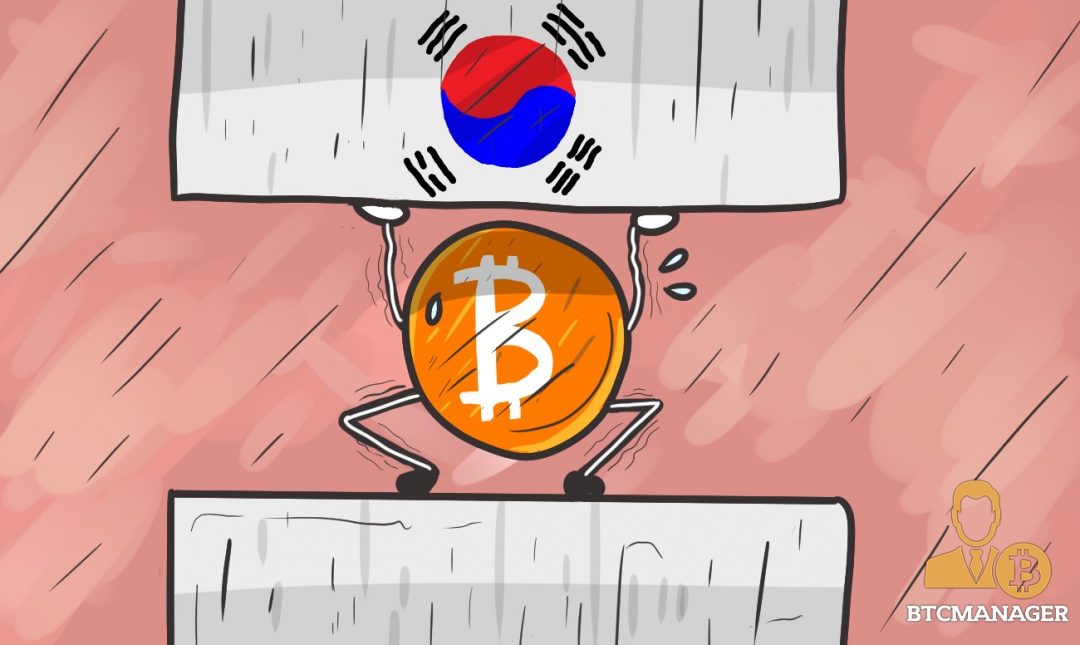 The coming calendar change has regulators rethinking how they stand in relation to cryptocurrency moving forward. Reports out of South Korea have lawmakers in the country drafting up bills for legislature that would levy taxes on capital gains earned with crypto and increase the transparency of the virtual asset market.

The additional taxation and transparency measures are perhaps the early fruits of a ripening conception in the minds of regulators of how they can incorporate cryptocurrency in a structured and productive way into the nation’s economy. And, although the measures have been in no small way hastened by recent events, there seems to be a similar sentiment producing the fruit of a similar sort around the world.

Regulators are trying to both harness the power and potential of cryptocurrency and get it to run on a track of their own making. Governments from France to China have shown their eagerness to cash in on crypto provided they can graft it onto the more transparent, and traditional, economic structures they have in place.

We were able to talk with crypto innovator and CEO of Changelly Eric Benz to get his take on the news out of Korea and what he sees shaping up for this industry as it moves forward into 2020.

There is a vocal sub-division within the crypto community that is generally hostile to anything that gives off the scent of centralization. These people tend to have been involved in crypto for a long time and can be classified as crypto purists. Though Benz has certainly been a key figure in this space for a long time now, he doesn’t see the developments out of Korea and the global trend it is a part of as a net-negative. Rather, Benz points to the technology as something that withstands external pressure and persists in its transformative capacity.

Benz explained, “The beautiful thing about crypto is the resilience the technology provides. Governments and regulators alike can decide to tax and audit what they want but the technology has been specifically designed to operate outside the reach of parties who would try to interfere. The blockchain functions as a trust machine; just because a government or regulatory body decides to tax and audit crypto capital gains does not mean anything will change regarding the underlying technology. Users upset by this move and looking for more anonymity will simply move to a different blockchain that provides it.”

Benz went on to say that regulators and bankers can add to blockchain solutions but they cannot really take them away. According to Benz, the technology that this industry has been built upon is such that, even if one country tries to prohibit its citizens from using it, there will always exist ways of circumventing that power. To him, these regulations are a good sign, as they are evidence that the traditional financial system is coming to terms with blockchain and building the future with blockchain in it.

“Whenever there is money to be made, the government is usually first to recognize it”

Concerning the future and other countries around the world, Benz sees similar attempts being made by governments eager to cash in on the advantages of cryptocurrency: “As the technology matures and governments see the financial benefits of taking such actions, they will, of course, follow suit. Whenever there is money to be made, the government is usually first to recognize it and take advantage.”

And these steps that governments are taking, even if they are restrictive in spirit, Benz believes will contribute to the growth of the cryptocurrency industry. We have left the stage of condescension, wherein regulators and practitioners of traditional finance dismissed blockchain and cryptocurrency as a fad, as something more respectable institutions kept their distance from. Now they are coming to the table to talk, Benz believes, and “The more individuals, businesses, and governments who adopt the technology the bigger the ecosystem will become and the more benefits will begin to emerge. The only way for mass adoption to be achieved is by legacy institutions recognizing and incorporating it into their structures. I’m not sure if crypto will be used in the everyday way we envision it currently, I actually feel that the underlying technology behind crypto will digitize legacy processes and create much more efficient, secure, and scalable systems for users globally to use. Crypto will be a part of our everyday lives but it will very much mirror how we use digital money today.”

The more the Merrier

The national digital currencies that are being developed now are part of the process of legacy institutions building crypto into the future according to Benz. While some may see the efforts by states and banks as attempts to push out crypto mainstays and usurp territory, Benz isn’t one of them: “There will always be a place for decentralized technology and assets like Bitcoin and Ethereum. In order for the masses to participate in this emerging economy, they need a much more tailored solution and what better way than by governments creating crypto national assets. So now you can use a ‘crypto’ dollar or euro and, for the user, it’s very much the same but the main advantage is for the governments themselves, as it allows them to increase the auditability of their services and provide better levels of security.”

Benz believes that the crypto space is broad and should be thought of as such. There is enough room, he thinks, for currencies of all kinds of stripes, including centralized, state-controlled options and independent, pure cryptocurrencies. Benz sees the development of the cryptocurrency industry as being in the hands of the regular people who constitute its user base: “Ultimately the market, which is to say the people, can and will determine what they want. For the industry, more people getting involved, even if they do so through centralized options, will mean more growth and more development of blockchain technology. That is going to be key going forward.”

With countries around the world looking to establish protocols for crypto regulation, 2020 is shaping up as a year of great significance, a year in which lines will be drawn which will dictate what cryptocurrencies are and how people can use them in the future.