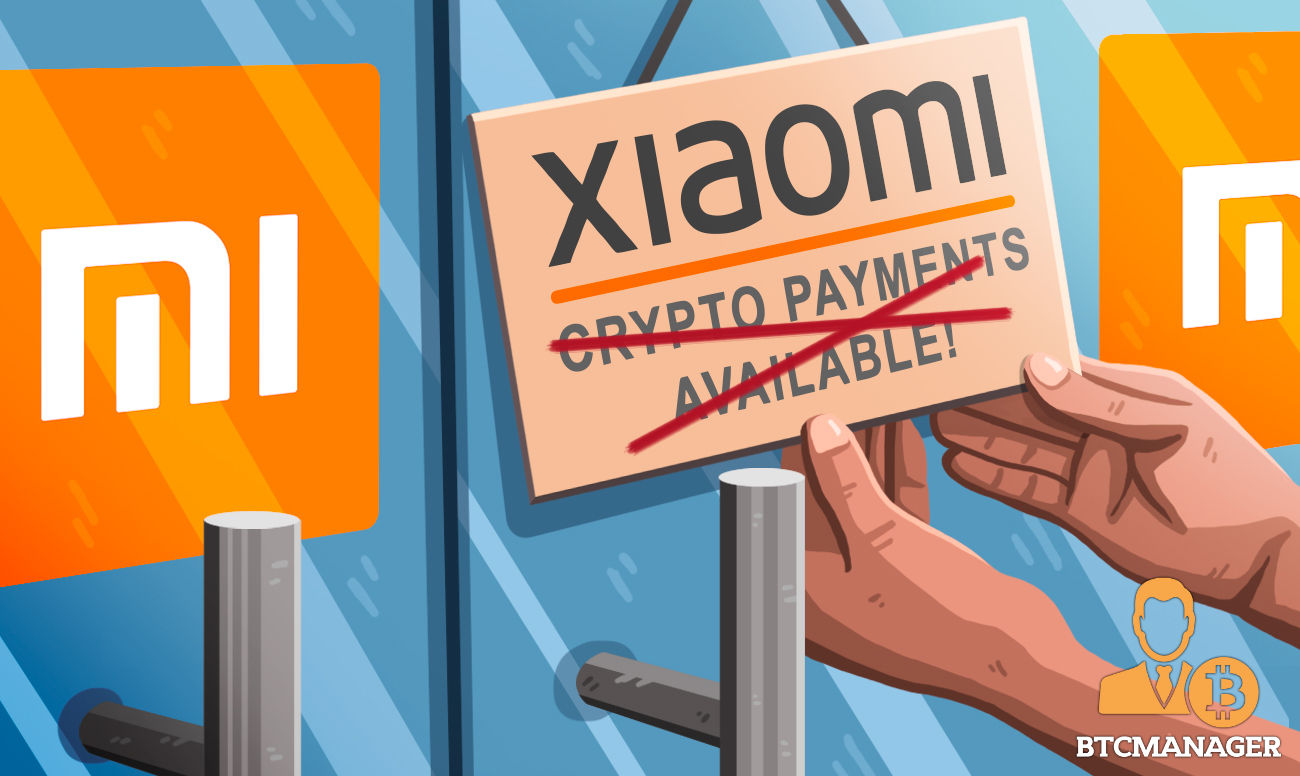 Xiaomi has denied its involvement in the bitcoin (BTC) adoption push of its Portuguese retail partner Mi Store Portugal, barely 24 hours after the latter announced that its customers can now purchase Xiaomi devices with bitcoin and five other cryptocurrencies.

Xiaomi Ahead of the Curve

On August 5, 2021, reports emerged that Xiaomi, the world’s second-largest smartphone manufacturer, with a 17 percent share of global smartphone shipments, is now accepting bitcoin (BTC) and altcoins via its Portugues retail Partner Mi Store Portugal, making it the latest global brand to join the cryptocurrency bandwagon.

At the time, the firm made it clear that the crypto integration move is a result of a partnership with Utrust (UTK), a blockchain project that focuses on making it easier for businesses to accept crypto payments, adding that it firmly believes that integrating bitcoin and altcoins into its operations is in line with its innovation mantra.

“We are a technological, innovative, and disruptive brand. That’s why we always strive to be one step ahead of the curve. We want to make it possible for all true tech lovers to buy their favorite gadgets with the most technological money,” declared Pedro Maia, head of marketing at Mi Store Portugal at the time.

The firm also made it clear that customers could pay for their gadgets with popular cryptocurrencies such as bitcoin (BTC), ether (ETH), tether (USDT), dash (DASH), and Utrust (UTK).

Surprisingly, barely 48-hours after making the announcement, the Xiaomi team has denied its involvement in Mi Store’s bitcoin adoption push, saying that the latter is a brand that operates independently of Xiaomi.

A spokesperson of Xiaomi took to the Chinese social media platform, Weibo, on August 6, 2021, to state that:

While Portugal remains one of the most crypto-friendly nations in the world, with its task-free retail crypto trading, bitcoin payment acceptance for utility bills, and more, the same cannot be said of China, which has intensified its war against decentralized digital currencies and even bitcoin mining operations in recent months.

In essence, there is a huge possibility that Xiaomi, being a Chinese brand, may have been pressured into denying accepting crypto.

In all, it’s worth noting that Xiaomi’s denial of interest in bitcoin does not take away the fact that cryptocurrencies have continued to attract the attention of highly reputable brands worldwide and it is expected that mainstream crypto adoption will continue to gain momentum as governments begin to implement clearer and amenable regulations.