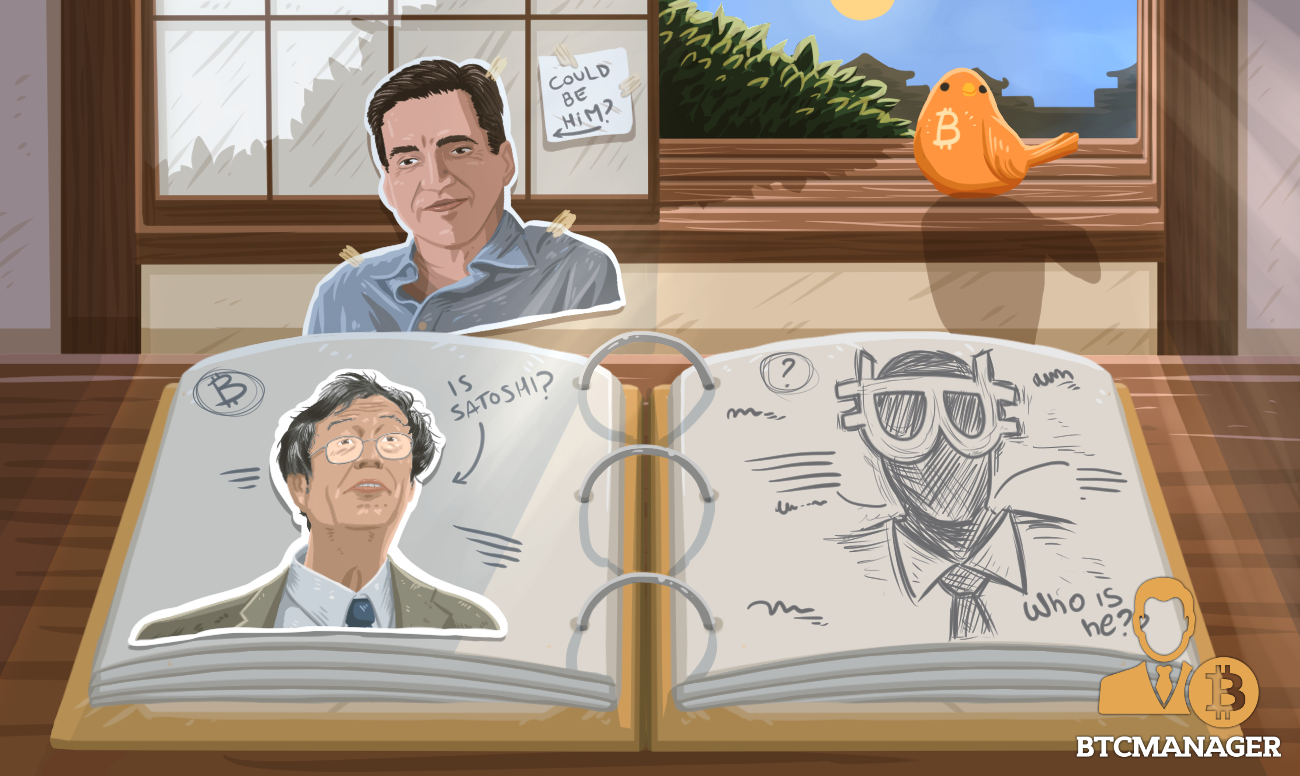 Roughly ten years ago, towards the end of 2008 when the world was at the height of one of the most significant breakdowns of the global financial industry, the Bitcoin white paper was published and sent to a list of recipients by an individual, or a group of individuals, under the alias Satoshi Nakamoto. Ever since, the true identity of the pioneer cryptocurrency’s creator has been a serious matter of mystery for the space.

Many have claimed to be Satoshi Nakamoto publicly only to have their proclamations refuted. Conversely, others have outright denied any involvement with Bitcoin after being portrayed as the brains behind the cryptocurrency that started it all.

Bitcoin was christened as an open-source project where anyone could contribute to reshaping the world of finance as we know it. It works on an open ledger platform powered by blockchain technology. However, for all its openness, the project has also been the breeding ground of some open-ended questions. The most mysterious and debatable of which being “Who is Satoshi Nakamoto?”

On the occasion of 10 years since the original bitcoin white paper was published, BTCManager will go through some of the most extensively carried out investigations which have tried to attribute the name Satoshi Nakamoto to a person or group of persons. As a thought experiment, it is also important to consider whether the existence of Nakamoto is necessary for the growth of Bitcoin.

Nakamoto Claimed to Be Japanese

No one claims to have personally met Satoshi Nakamoto. All the attributes concerning his personality and ideologies are based on their email communication with some of the other developers also working with Nakamoto during the infant days of Bitcoin.

Bitcoin came into existence after its genesis block was mined in January 2009. Interestingly enough, the first transaction on the bitcoin network bore the following message:

“The Times 03/Jan/2009 Chancellor on brink of second bailout for banks.”

While this one sentence text doesn’t speak a lot, it gives us a sneak peek into Nakamoto’s political and economic ideology which runs counter and head-on with large-scale financial institutions.

Approximately two years later, in December 2010, Nakamoto vanished from the project after handing over the reins to Gavin Andersen. In what is said to be his final message, in the spring of 2011, Nakamoto stated in a forum post that he had “moved on to other things,” and that Bitcoin was “in good hands with Gavin [Andresen] and everyone.”

While communicating with other bitcoin developers, including Gavin Andersen, Nakamoto claimed to be Japanese. According to the records, Nakamoto stated that he was born on April 5, 1975.

However, there is no tangible evidence to support Nakamoto’s claims. It’s not even confirmed whether Nakamoto is a man, woman, or just a group of people who operated under a common alias.

Talking about Nakamoto’s personality traits and ideology, Laszlo Hanyecz (aka Bitcoin Pizza Guy), one of the early developers who exchanged hundreds of emails with Nakamoto, stated that his interactions with the pseudonymous creator of Bitcoin often gave him “a weird feeling.”

He added that Nakamoto always tried to dodge personal questions and maintain a veil of secrecy for reasons unknown to him. Hanyecz even went on to call the father of Bitcoin “weird, paranoid, and bossy.” The following are some of the potential candidates whose names have been tossed around in the media to be the real Nakamoto.

One of the earliest names to float around, many believed the American computer scientist and cryptographer Nick Szabo to be the anonymous creator of Bitcoin. One of the arguments to validate this claim was that one of Szabo’s earliest papers titled “bit gold,” a pre-Bitcoin digital currency project, bears striking similarities with the present day premier cryptocurrency.

In 2013, Skye Grey, an internet researcher, used the technique of reverse textual analysis to unearth unique phrases that seemingly made Szabo’s writing style look pretty similar to that of the original white paper. However, Szabo has since repeatedly denied these allegations, thus putting a rest to the case.

Having the privilege of being the first person on the planet to ever receive bitcoin, Hal Finney, a noted cryptographic activist and a computer scientist, had also been on the radar.

Finney’s background in PGP encryption and his instrumental role in fixing early Bitcoin bugs and working towards the code’s improvement, put him as one of the forerunners to be the creator. Further, the fact that he lived just a few blocks away from another Satoshi Nakamoto candidate added more fuel to the brewing theories.

However, Hal never claimed to be Satoshi Nakamoto.

In one of his Bitcoin forum posts, Finney stated that although Nakamoto’ss true identity is still a mystery, from his limited interactions with Nakamoto, he gathered that “he was dealing with a young man of Japanese ancestry who was very smart and sincere.”

First brought to the surface by the award-winning Newsweek journalist, Leah McGrath Goodman, the article published in March 2014 posited that a Japanese American man living a modest life in Los Angeles’ San Gabriel foothills was the real Satoshi Nakamoto.

The man named Dorian Prentice Satoshi Nakamoto is perhaps one of the most recognizable faces in the crypto community, and it’s not hard to guess why. According to the report by Goodman, the biggest testimony to the claim that Dorian is the real creator of Bitcoin is his response when asked about his involvement with the bitcoin project. He famously said:

“I am no longer involved in that and I cannot discuss it. It’s been turned over to other people. They are in charge of it now. I no longer have any connection.” 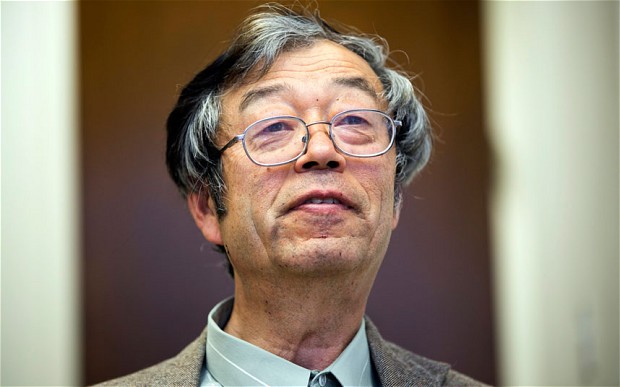 This statement by Dorian kicked the hornet’s nest, with media houses swarming his family’s house to the extent that it even caused a dramatic car chase in the surrounding neighborhood.

However, in a later interview, Dorian denied having any involvement in the development of the Bitcoin project. He clarified that he had misunderstood the question asked by Goodman – thinking that it was related to his previous classified work as a military contractor.

Dorian also stated that he had never heard of Bitcoin before Newsweek contacted his son in February 2014.

Perhaps the most controversial candidate who claimed to be the brains behind the operation, Australian computer scientist and entrepreneur Craig Wright’s name rose through the froth in a manner not akin to its predecessors.

Contrary to the previous instances, Craig Wright’s name popped up in the crypto community when in December 2015, Gizmodo was provided with a cache of documents which established a link between the Aussie businessman and the Bitcoin project. In May 2016, Wright made a public announcement where he revealed that he was the creator of Bitcoin.

The announcement quickly gained traction in the media when the Australian police raided Wright’s apartment. The police later claimed, however, that the raid had nothing to do with Wright’s possible connection to the cryptocurrency.

Interestingly, Wright’s wife also mentioned that she recalled Wright working on Bitcoin “many, many years ago.”

Going a step further, in May 2016, Wright appeared in an interview with the BBC where he claimed to be Satoshi Nakamoto. To cement his claim, he even agreed to share “extraordinary proof” with the world.

However, things took a downturn for Wright, as the announcement was met with healthy skepticism in the media, as one of the respected security researchers dubbed the entire fiasco a “scam,” stating that Wright is nothing more than a Nakamoto impersonator.

Wright failed to deliver the “extraordinary proof” which he had previously promised, writing that he “didn’t have the courage” to continue to prove his true identity.

Although speculating on the true identity of Satoshi Nakamoto has become a favorite of crypto enthusiasts the world over, it’s worth wondering whether the actual reveal will make any difference to the grand scheme of things.

The idea of decentralization runs through the veins of blockchain technology, the underlying platform which powers the Bitcoin network. Having a central father figure at the apex of the community defeats the original purpose the cryptocurrency aimed to achieve. Nakamoto wanted to create a “trustless” society where every participant is on equal footing. The doxxing of Nakamoto would involuntarily attract the focus of hodlers and investors towards his person rather than the technology they helped to construct.

It’s also worth considering that every announcement by Satoshi would likely be taken with a pinch of salt by some of the participants in the digital currency world.

Any announcement by such a heavyweight would quickly fall under severe scrutiny and analysis. Such a thorough investigation could potentially blur the line between a personal opinion and investment advice. Not to mention the conflict of interest which Nakamoto would eventually be accused of.

Even though the community has had its fair share of in-fights and King Solomon moments, the pace at which Bitcoin continues to enter new avenues is nothing short of impressive. The technology works well enough without any face to lead it, perhaps that’s how the real Nakamoto wanted things to be.