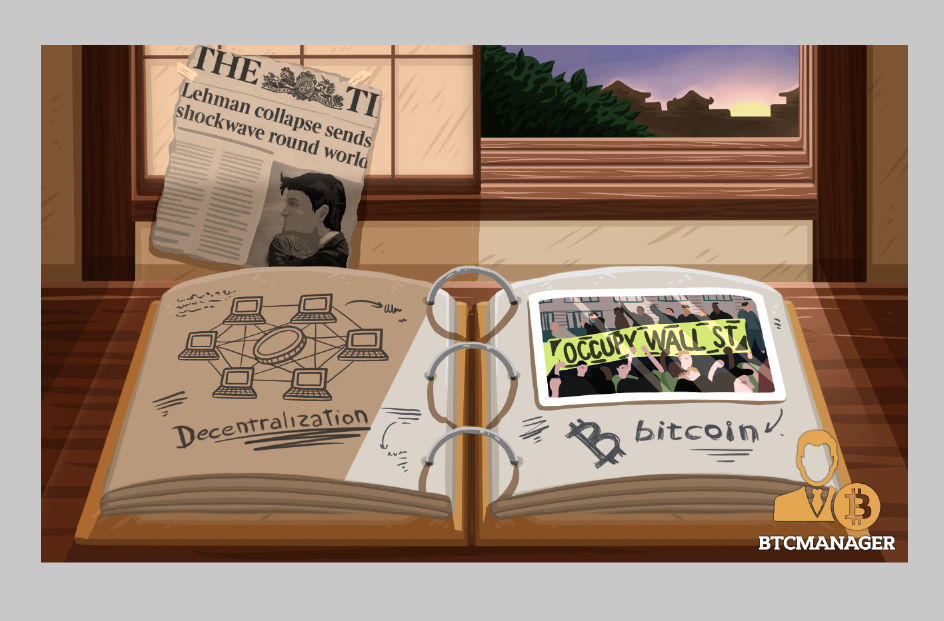 Modern man and woman are fundamentally tied to the standards, barriers, and incentives set out by most economic models. Paying a mortgage, student debt, and income taxes all contribute to the humanness of contemporary times. More importantly, this relationship is inherently tied to the political machine.

The State’s Love Affair with Money

Many theories have hoped to elude this relationship, and “liberate” humankind, but these days capitalism knows few boundaries. Moreover, this expansion has been exponential as our world becomes more and more digitized. Vast amounts of Euros, American Dollars, and Yen, for instance, are now primarily broken into smaller bits and shot across the Internet rather than exchanged physically. The human aspect of this shift is also important in defining how we govern states. 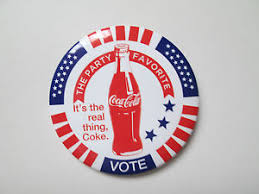 We can think of the 1920s in the United States and portions of Western Europe as an excellent example of this. In the same way that war bonds were sold during the First World War, the political campaigns in the U.S. at this time were some of the first to “sell” politics. The idea that a candidate could be packaged for a campaign and “put on sale” for a voting republic was a massive change compared to former times.

As such, the inauguration of Calvin Coolidge in 1923 was the first presidential inauguration broadcast on radio. From then on, listeners would hear commercials for their favorite brand of cornstarch alongside political campaigns hoping to convert votes. Aesthetically, the melding of politics and economics became nearly inescapable.

War Is a Good Racket

Still, observers need to continue traveling back in time to find out how tightly wound these two fields are with one another. The economic history preceding Bitcoin’s launch goes back to the early 1700’s when markets were beginning to form, and trade products such as securities, futures, and contracts were just being born. Getting a grip on this timeline of events reveals some of the hard techniques that the banking infrastructure has used for political ends.

The world’s first bourse was the Amsterdam Stock Exchange in 1602, where traders penned transactions and threw order books in the air. However, the exchange lost first-mover influence to the London Stock Exchange (LSE) and the New York Stock Exchange (NYSE), which were launched in 1698 and 1792 respectively. Over the next few years, and all the way to the 1900s, the gradual emergence of the world’s most prominent financial markets took place, with Hong Kong, Singapore, Shanghai, Japan, and Mumbai now valued at trillions of dollars in market cap.

Within this history was the simultaneous rise of the central banking system. In 1694, Charles Montague created the Bank of England to fund greater liquidity for a country experiencing fast expansion. University of Pennsylvania professor Halley Goodman explained that:

“The formation of the Bank would help meet the need for greater liquidity in the national marketplace, fuel the increasing overseas trade and meet the needs of businesses and newly-urban private individuals, as well as the political and military needs of the Crown; it would do this, despite opposition from entrenched interests, by replacing the previous bullion-based economy with a modern, credit-based economy which would provide the stable financial base needed to fuel the growth of Britain’s empire.”

The move to a credit-based system would be mimicked globally, and soon the idea of a central bank caught serious traction in Europe during the 19th century. In the U.S., there were a handful of iterations of a central bank with the first being born in the 1790s, until it’s collapse and reinstallment in 1816. While politically the ideas were shunned by Jeffersonian Republicans, its value was immediately understood during the War of 1812: Funding wars.

Almost a hundred years later, the U.S. birthed the Federal Reserve. Its initial role was to help maintain stability during times of financial duress, much in the way the first iterations of central banking did, but this quickly spread into establishing monetary policy, regulating banks, and other activities. Having control of the inflationary policies of one of the world’s most powerful war machines has also been the subject of much criticism.

The war bonds mentioned earlier were one of the principal ways in which the Federal Reserve helped to fund American participation in World War I. The tendrils of power were further expanded once the world’s economy was anchored to the U.S. Dollar following the Second World War. The implications are complex, but more importantly, the rise of the Military-Industrial Complex armed politics with weaponized economics on a global scale.

The Nixon Shock was announced in 1971, and became fully in place by 1973 – the same year as the OPEC Embargo. This broke the convertibility of dollars to gold, ringing in the era of fully fiat global currencies. pic.twitter.com/g5fWiP5vgA

The Rise, Fall, and Rise again of American Finance

The rise of the Federal Reserve, central banking, and global marketplace also gave birth to companies like Goldman Sachs, J.P. Morgan, Bank of America, and other regional multinational firms. Each of these groups grew in their dominance by providing market making, asset management, high-frequency trading, investing, and futures trading services.

With more clients looking to increase their net worth, the number of investments in trading products increased, and as a result, the liquidity for markets ballooned to hundreds of trillions of dollars. Unfortunately, the total of which was governed by less than a hundred firms.

Over time, the vast centralization of financial institutions moving the market at will superseded the ethos of a free market. The incentive to provide equal opportunity for retails investors was absent, and the creation of custom trading products, like collateralized debt obligations, weather derivatives, carbon dioxide “credits,” and even Norwegian salmon futures, led to a market rife with bets ranging from the corrupt and the uncanny, to the elite.

In the mid-2000s, the banker’s mania for creating new trading products led to a hostile situation in the American financial market which centered around the real estate market.

Using their liquidity, banks embarked on a quest to trade America’s lucrative housing industry, which was deemed “steady” and even considered as the bedrock of the country’s modern economy.

Most people purchasing properties did so on credit cards and loans, without having the necessary financial backing to repay those loans. For people, buying homes on credit was a pipedream, while for banks, creating futures and swap products for speculating the real estate market became the norm. Credit agencies offered to mark all products as “AAA,” which in turn increased investor confidence at the cost of handsome fees.

A “Ghost Town” of abandoned houses after owners could not repay loans.
(Source: News.com.au)

However, in 2008, the euphoric model collapsed. A widespread financial crisis endured, with all significant banks facing scrutiny from the general public regarding their alleged role in the crisis. The broader public questioned the government’s inaction against the impending financial collapse while demanding stronger transparency in the working of a responsible economic system.

Despite the charges, governments were quick to defend their innocence in the matter while bailing out several financial institutions. Billion dollars payouts were conducted with the reason of preserving a strong economy, maintaining robust liquidity, and continuing an enterprising financial market. Bankers took home million-dollar paychecks while some even shorted the market to make profits when everything else was falling apart.

The real losers? Cash-strapped, now-homeless citizens who could not afford sustenance and were denied credit by banks. The financial system, constructed in all its might to preserve the ideologies of capitalism, chose to support a banking elite who drive the crisis rather than the citizens directly affected by it.

Nothing encapsulated the fall more than the bankruptcy of Lehman Brothers, a premier financial institution deemed “too big to fail” by the financial media. On September 15, 2008, the 1850-founded bank was dissolved after agreeing to a delinquency of over $600 billion in assets. 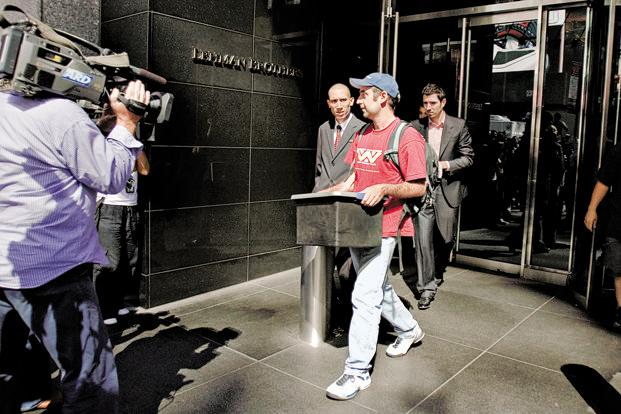 Other banks were a bit more fortunate. Bank of America went on to purchase struggling Merill Lynch for $55 billion, while global insurer AIG received a government bailout of $85 billion. Stock investors withdrew over $114.5 billion in a single day as panic spread about the stability of the U.S. dollar, while retail giants calculated their cash stockpiles to only last “a few weeks” for funding operations. Eventually, in March 2008, the Federal Reserve got involved, guaranteed Bear Sterns’ phony loans, and halved interest rates in six months to stop the hemorrhaging.

Meanwhile, global markets feeling the heat committed billions of dollars towards “bank financing,” a.k.a saving the banks from extinction, with the European Union, Japan, and the U.S. pledging over $1 trillion collectively to save the world from a lasting crisis.

The Value Proposition of an Exit

And that was the start of Bitcoin’s genesis block, who’s first mined block contained the above quote embedded within its “coinbase.” The pioneer cryptocurrency sought massive upheaval of economic powers, financial institutions, and monetary governance. Although its pseudonymous creator Satoshi Nakamoto remains an unknown person/s to this day, his 2008-planted seeds have grown into a global disruption spanning all 195 countries and tens of thousands of individuals working in related industries. In many cases, Nakamoto’s technological motion was a fork of the flesh and bone Occupy Wall Street movement.

It was in the midst of all the stock market crashes, falling indices, widespread concerns about fiat money, and the general distrust in central banks that Nakamoto decided to unveil his prized whitepaper to the world, aptly titled “Bitcoin: A Peer-to-Peer Electronic Cash System.”

“Indeed, Bitcoin rose like a phoenix from the ashes of the 2008 global financial catastrophe — a catastrophe that was precipitated by the policies of central banks like the Federal Reserve.”

As much as it is a response to the 2008 crisis, Bitcoin is also a potential replacement for the Federal Reserve and could function as a reserve currency. Based on the political sway that American financial authorities have, a decentralized, deflationary currency, with now

After a decade of Bitcoin, the currency has been mostly ignored, snubbed, and faced an introduction as a Ponzi scheme, scam, and even shut down. However, the narrative is swiftly changing, with big banks and governments looking favorably at the broader cryptocurrency market.

Despite the interest, only time will prove if the pioneer cryptocurrency is adopted for its true worth, its decentralized ethos, or is relegated to the trading pits of a multi-millionaire stockbroker finding buyers for a bastardized financial instrument.

This article is part one in a BTCManager original series called “A Week of Satoshi,” in which the publication celebrates ten years of Bitcoin. Stay tuned for an article each day which outlines the rise and rise of Satoshi Nakamoto’s creation.