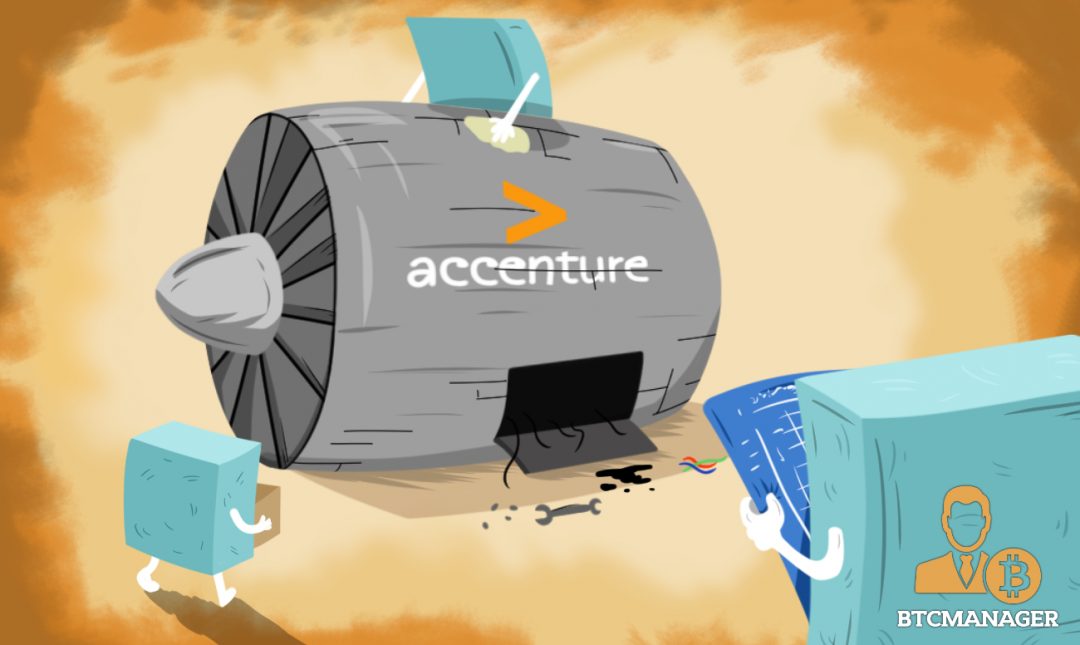 Leading global professional services company Accenture is backing blockchain technology as one of the next major disruptors in the aerospace sector. The firm believes the technology will be fully applicable to the aviation industry in the next two years and will lead to improved time and cost management.

Speaking at the 2017 Paris Air Show, John Schmidt, Head of Aerospace and Defense at Accenture, expressed the company’s belief that blockchain technology will be beneficial to the sector. “I really see this coming in, in a couple of years,” he said.

The blockchain is a distributed ledger that offers high levels of security due to its immutability. This, amongst other features, is what makes it a tool that can be used to better the aerospace sector.

Citing engine maintenance as an example, Schmidt explained how the blockchain could facilitate an easier and more efficient service process. Currently, different parts of the engine are typically maintained by different service providers:

“Through all that life cycle of the engine, the original parts, the replacement parts, and configuration are all being tracked, and it is being done by a number of different companies.”

However, there is no central database that firms can use to confirm details about the engine or its parts. Thus the data sharing process can take longer than necessary. According to Schmidt, the blockchain can remedy that:

“Blockchain is in effect a single federated ledger that everybody who uses and touches that engine could use it as a single point of truth of what has happened to the engine.”

Blockchain tech would enable all concerned parties to view data pertaining to the engine. Schmidt added that maintenance crews generally consider the data as a whole without considering other micro factors that would affect the working of the engine.

“The reality is an engine has high-pressure, and low-pressure usage and each of these may impact the true number of cycles the engine has achieved in its life,” Schmidt stated. However, the blockchain will allow more useful data to be recorded accurately and be easily accessible to maintenance crews.

In addition to this, since blockchain technology would allow easy access to data, it would change the current trend of having to use the same maintenance crew every time due to prior experience with the engine. “My inclination would be to use a shop that has already worked on the engine, but that shop may have a 30-day backlog. With blockchain, you can look at what other options might be available,” he said.

Accenture is currently working on a patent for a blockchain service catered to the aerospace sector. “It is something we can see clearly in terms of the benefits, and we effectively have a patent pending on how to leverage blockchain in the aftermarket,” Schmidt revealed.

It remains to be seen just how much the blockchain can revolutionize the aerospace sector, but this move by Accenture signals the business world’s growing confidence in the technology as a workable solution to a wide range of challenges.