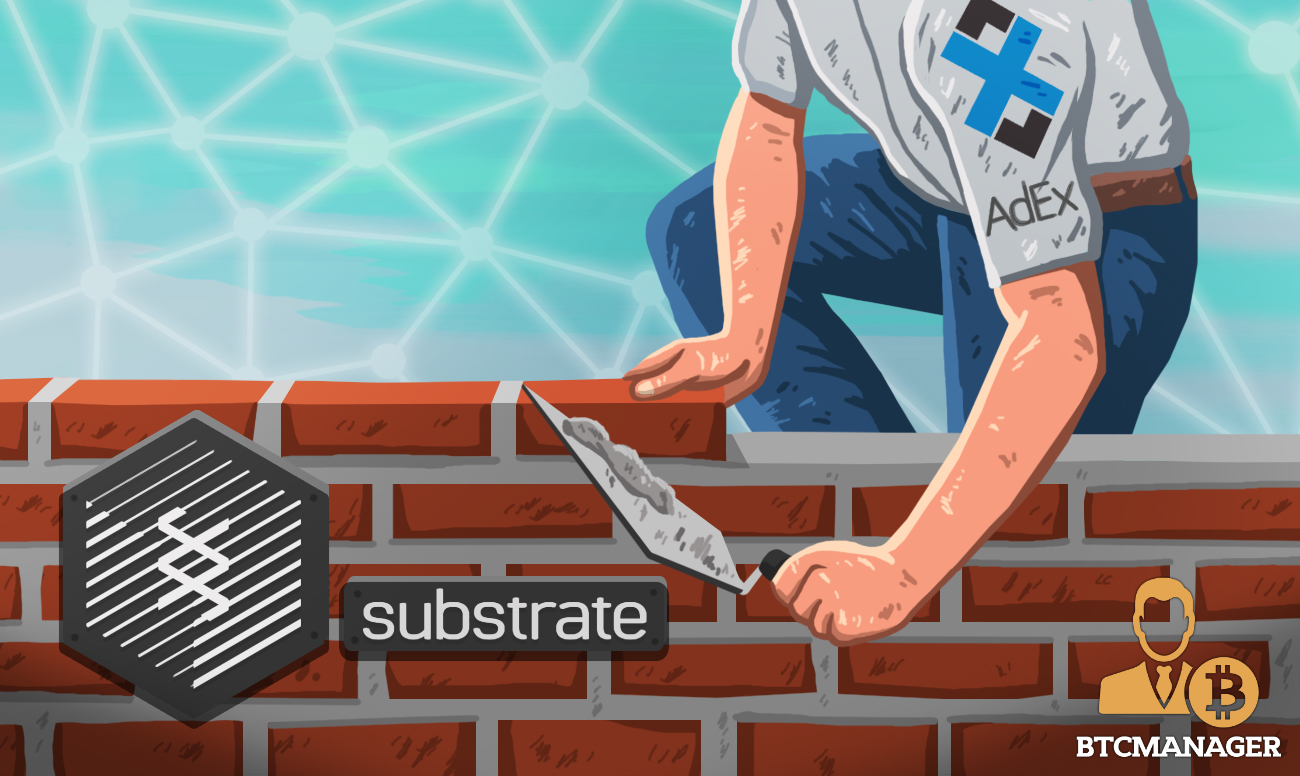 AdEx, a decentralized advertisement protocol, announced the migration of its protocol to Substrate on December 27, 2018, to enable the creation of decentralized applications (dApps).

AdEx: Digital Advertising Of The Future

Online marketing is a global trend that will reach to heights of $335.5 billion by 2020. With consumers becoming blind to traditional advertising means, both publishers and marketers need a new way to ensure advertising is reaching the right people and if they’re engaging with the content.

AdEx has initially been an exchange platform but has now morphed into the protocol it is today. A beta version available for use by both marketers and those that can drive traffic has been built upon Ethereum’s network, available here.

Its protocol allows all transactions between parties to be verified. This ensures inflated metrics are not a worry for advertisers, and that publishers get the compensation that was agreed upon for traffic.

Dapps are services/platforms built on the blockchain of another host cryptocurrency. Ethereum popularized this concept; but other blockchain projects like Waves, Lisk, ARK, and even Bitcoin handle the creation of dApps.

While this allows developers to piggyback on the security and reliability of an established network, there are some disadvantages and pains when scaling.

In a Medium article, Georgios Konstantopolous, security research and technical lead of Loom Network, spoke in-depth about his views on the varied applications for dApps. He believes the technology creates financial transactions for resources (i.e., users pay more for gas to get a transaction confirmed faster, which creates a non-scalable fee market).

Also, dApps are not updatable as no central entity controls their functioning but can be trusted with transferring a substantial sum of money with security features comparable to those present in traditional finance.

Creating application specific side chains that run parallel to the main chain would not only alleviate scaling issues but also allow individual applications to customize rule sets for their specific situations. Scaling issues not only affect the dApp but the underlying main blockchain since dApp transactions are included in the blocks that bitcoin or some other crypto would the have to mine.

If the transactions are too crowded, this leads to longer transaction times for all users, as well as inflated fees (which we’ve seen in both bitcoin and Ethereum in the past).

On top of the continuing development of AdEx’s protocol, AdEX also has plans to build a Registry on Substrate as well. The registry will then be migrated to become a Polkadot “parachain” during token genesis.

This allows the registry to take advantage of the security and consensus mechanisms of Polkadot’s network while maintaining cross-platform compatibility with networks like Ethereum. Polkadot is another protocol that was built on Substrate as well. The team chose both Polkadot and Substrate due to their ease of use working together, and other benefits that make it suitable for the Registry.

The registry needs to keep a high transaction throughput in case there is a challenge, and the additional upgradeability and governance benefits that Polkadot offers further sweetens the deal. The team also plans to take is launched a testnet for both the registry and AdEx protocol. This will then be followed by improving how both services are implemented through tooling, J.S. libraries, CLI, and other tools.