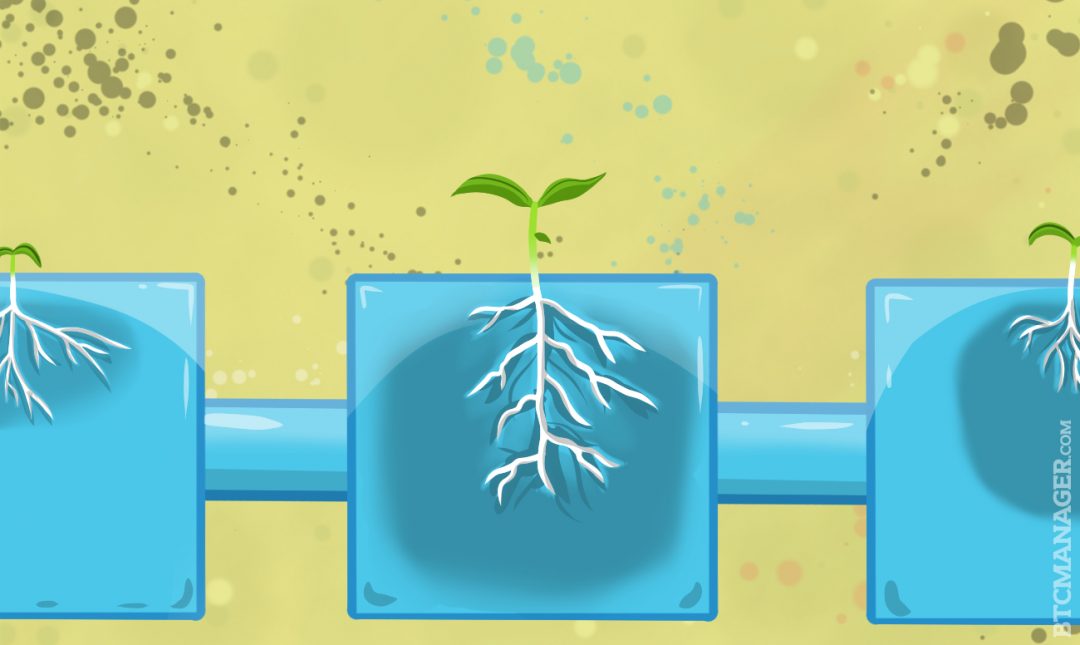 The Blockchain is rapidly becoming one of the most used technologies in the world of finance. The largest financial groups are finally recognizing its potential. With the focus on the Blockchain growing at full steam, this technology is now driving collaboration across industries seeking to adapt it for private systems.

Most of the time we do not even have a glimpse of where the most exciting application of this new technology can occur. And strangely as it might seem, the Blockchain is now leading a new revolution in the food industry.

So, how can the food processing industry, farmers, retailers, distributors, regulators and end consumers all benefit from the use of smarter, futuristic technology in the sector and ultimately boost innovation across the globe?

Australia is one of the leading countries involved in this new revolution. The country is now on the verge of an AgriTech revolution. In recent months, new software called AgriDigital has processed almost 5 percent of the national grain production, around one and a half million metric tons.

This new cloud-based transaction platform allows the use of a holistic approach to the management of the whole process. AgriDigital enables farmers, buyers, and bulk handlers to manage contracts, deliveries, invoices, payments and inventory all in one place. In December, the AgriDigital system and a private blockchain computer network were synced, which successfully executed the world’s first live settlement of a physical commodity on a Blockchain, marking the beginning of the Agritech Revolution.

It all started when David Whillock, a grower from Australia delivered 23 metric tons of wheat to Dubbo-based Fletcher International Exports, run by meat industry disrupter Roger Fletcher. The grower said the Blockchain system provided him with fast and secure payment for the grain right on delivery and this would help him maintain cash flow and manage his business in a more efficient manner.

The AgriDigital pilot used a permissioned version of Ethereum, which was customized from the source code to increase transaction speeds. The grain purchase and settlement agreements, designed as “smart contracts,” were automatically executed. The pilot displayed the ability of the technology to handle high volumes of commodity processing and settlements. The software also eliminates the counterparty risk.

AgriDigital and Full Profile are considering how the technology could be used to provide grain buyers with flexible financing options. And given that distributed ledgers create an immutable record of actual ownership, there are also opportunities for tracking provenance, which promises to ameliorate the growing problem of food fraud in international export markets.

Emma Weston, the co-founder of Full Profile, the startup behind AgriDigital, says getting a commodity like grain from the grower to the consumer currently involves a complex web of distribution, logistics and broker relationships. And as so, it increases risks and costs within the supply chain. Insolvencies in Australia are a big problem that haunts producers; an issue that costs hundreds of millions of dollars a year nationally when losses in other states are combined with the multiplier effect of lost farmer spending in rural communities. And this is one of the problems that the Blockchain can efficiently solve.

The antiquated system puts the risk of buyer insolvency or problems with payments onto the grower, with AgriDigital this will completely change.

“Distributed ledgers can ‘democratize access to finance’ by creating rich data and security. Blockchain can tell the seller about the buyer’s capacity to pay, allowing them to deliver the grain comfortable in knowledge they will be paid.”

Brian Foley from Waterford’s TSSG says “new investment in AgriTech is passing out clean tech and FinTech.” Contrary to what we might think, Australia is not the only country trying to use the distributed ledger technology to benefit the agricultural industry. Ireland is also seeking to make use of this new technology.

Many companies and governments have been trialing this technology. For instance, the R3 consortium, a group of more than 70 of the world’s biggest banks and financial institutions in research and development of the Blockchain’s usage, has been trialing this new technology and looks to see its widespread use in the coming years.

With agricultural markets generally more competitive than banking, FinTech may see itself playing catch up to AgriTech. Even though one of R3’s powerful members, Goldman Sachs, left the consortium in November, sparking a series of discussions, the group continues forward on its demand and hopes to see the first developments next year. Commonwealth Bank of Australia has tested the technology on a trade financing deal with US bank Wells Fargo, while National Australia Bank and CIBC of Canada this year moved currency between themselves over Ripple’s distributed ledger in near real-time.

The Australian Securities Exchange will decide in 2017 whether it moves the Australian equity market’s clearing and settlement systems to a distributed ledger, which would reduce administration costs for its member brokers by eradicating vast swathes of back-office reconciliation work.

2016 has certainly been the year of Blockchain technology. However, the technology is still in its infancy and within the coming years will see the formation of commercial consortia seeking to reduce transaction and record-keeping costs, streamline business operations and enable new business models.