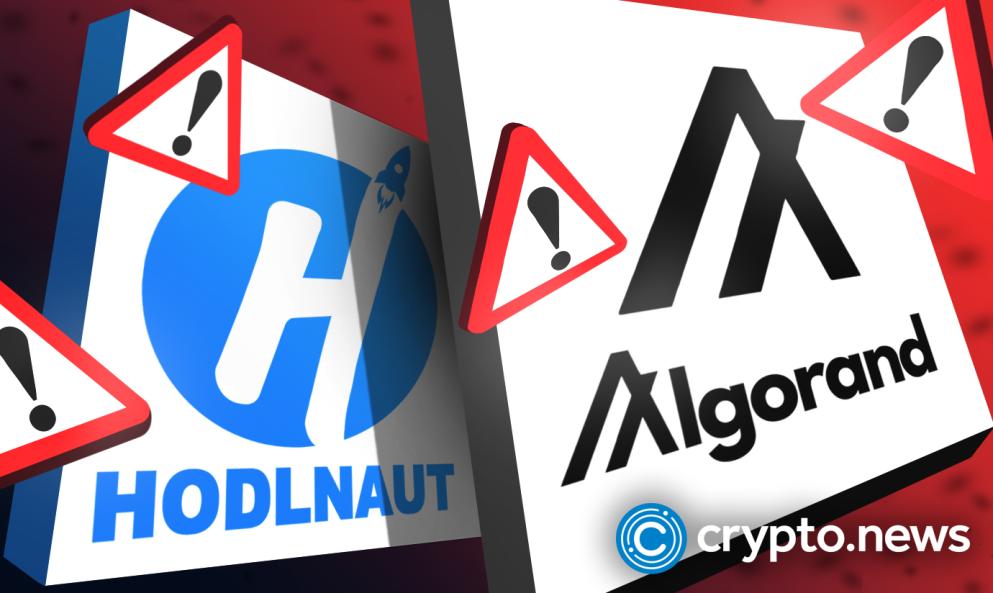 Algorand Foundation announced a $35 million USDC blow after Hodlnaut, a crypto lender based in Singapore, suspended all withdrawal transactions from the platform on August 8th, 2022.

In a post issued on Algorand’s official Foundation website, Algorand announced a setback stating that assets worth $35 million in USDC had been frozen on Hodlnaut. It added that the frozen funds in the Singapore-based lender’s platform accounted for less than 3% of Algo’s total asset valuation.

The blockchain foundation claims that investing in the Hodlnaut lender platform is part of the organization’s principal operation procedures. Algorand Foundation invests part of its excess capital in financial opportunities that turn a profit on the capital invested. The yields generated from these investments, according to the Algorand Foundation, are used to improve and develop the Algorand ecosystem of fulfilling the global promise of blockchain.

The majority of total capital invested in Hodlnaut was composed of fractionated miniature deposits in Hodlnaut that were illiquid upon the suspension of withdrawal transactions by the crypto lending platform, Hodlnaut.

Algorand Foundation promises Algo investors to pursue the funds using all legal means possible to ensure all the staked funds are recovered and accounted for. In addition, the Singapore High Court appointed two nominees (Ms. Angela Ee and Mr. Aaron Loh) from EY Corporate Advisors Ltd, who will represent Hodlnaut during the proceedings to ensure they recognize, conserve and secure Hodlnaut’s existing assets until the Singapore High Court issues further directions.

The Blockchain-based organization risks losing all its assets staked in the Hodlnaut lending platform in the worst-case scenario. Alternatively, Hodlnaut may resolve the legal issues impeding its operations and resume its functions allowing Algorand to recover its deposited funds and potentially make some profits from the platform.

The Future of Algorand after the Saga

On a positive note, if Algorand Foundation loses all staked funds in Hodlnaut, the blockchain ecosystem’s image may not be badly affected as the funds account for less than 3% of the foundation’s total assets Fiat valuation. Despite the exposure, Algorand tokenomics remain solid, and the ecosystem remains one of the top most valued blockchain ecosystems that offer competitive ledger platforms to the industry leader Ethereum.

This is not the first-time funds have been put at stake through staking deposits to third-party entities. A similar incident occurred on September 8th after Voyager filed for bankruptcy following the sudden downfall of Three Arrows Capital. Voyager’s bankruptcy ranged between $1 billion and 10$ billion dollars and more than $100,000 accreditors, which is much more than what Algorand Foundation has at stake in Hodlnaut’s case.

The incident should serve as a learning experience for institutions, crypto-based hedge funds, and traditional fund managers (looking into cryptocurrencies and blockchain technology as part of their portfolio management) who take massive bets on funds raised from investors in the cryptocurrency space. These institutions and fund managers should take cautious steps to avoid massive losses in transactions, especially in the transactions taking place in the irreversible crypto ecosystem.

Will this affect the productivity of the Algorand blockchain ecosystem? Only time will tell.