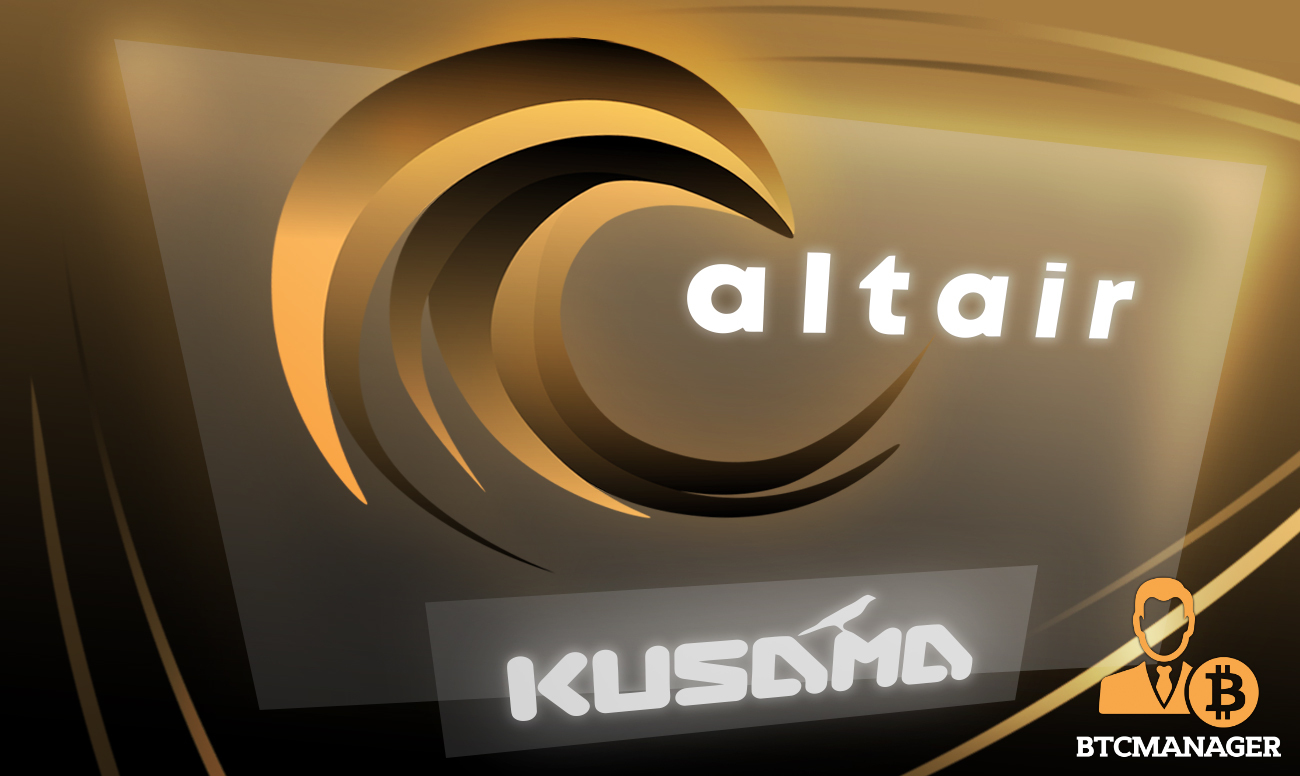 Altair, a project that wants to finance assets on Kusama mirroring Centrifuge, has been declared the winner in the second auction round on the canary network, a confirmation on September 29 shows.

And just like that, Altair is now a Parachain on @kusamanetwork 🔥

BIG thank you to our absolutely incredible community, this would not have happened without you ❤️ pic.twitter.com/dRIL9glbUH

Altair is now the 9th Parachain on Kusama

The project is now the ninth Parachain and the winner of the hotly contest auction slot on Kusama, a feat for the ambitious protocol.

Kusama Parachain auction data shows that Altair amassed over $67.8 million worth of KSM from over 11.2k contributors to emerge on top of other competing and equally quality projects.

Altair aims to provide the much-needed avenue of tokenizing and unlocking liquidity of real-world assets from the Kusama ecosystem.

Out of this, the project developers said users of rare and valuable NFTs, like CryptoPunks, for instance, can receive financing from the protocol’s pool. Enabling this will be Centrifuge which connects real-world assets with DeFi.

Altair connects Kusama with the capabilities of Centrifuge, a Polkadot-based platform currently tapped by businesses, to receive finance based on their valuable physical assets digitized on the transparent blockchain.

Crowdloans is a unique innovation that secures the investor and the investor interests, ensuring both are on the winning page.

Unlike ICOs, where the funds remain under the control of the project’s founders, the Kusama base layer secures funding, meaning there wouldn’t be foul play.

In this arrangement, the supported team must deliver on the project once they receive the maximum amount (hard cap) indicated before the campaign begins.

Throughout the crowd loan campaign period, contributors would continue sending transferable KSM to the campaign’s index. This continues until the hard cap is attained and the project’s creators are permitted to lease a Relay Chain slot.

With Altair winning and becoming an official Parachain in Kusama, all transferable KSM—precisely 187,835 KSM—have been locked for the duration of the lease.

Funds would be redistributed at the retirement phase at the end of the 48-week leasing period.

Altair incentivized contribution by allocating 18 percent of the total supply to KSM contributors. For every 1KSM contributed, the voter received between 420 to 440 AIR tokens.

Moreover, there was a 10 percent bonus for those who participated, voting for the project in the first 48 hours. Besides token rewards, Altair also distributed limited-edition NFTs to early voters.