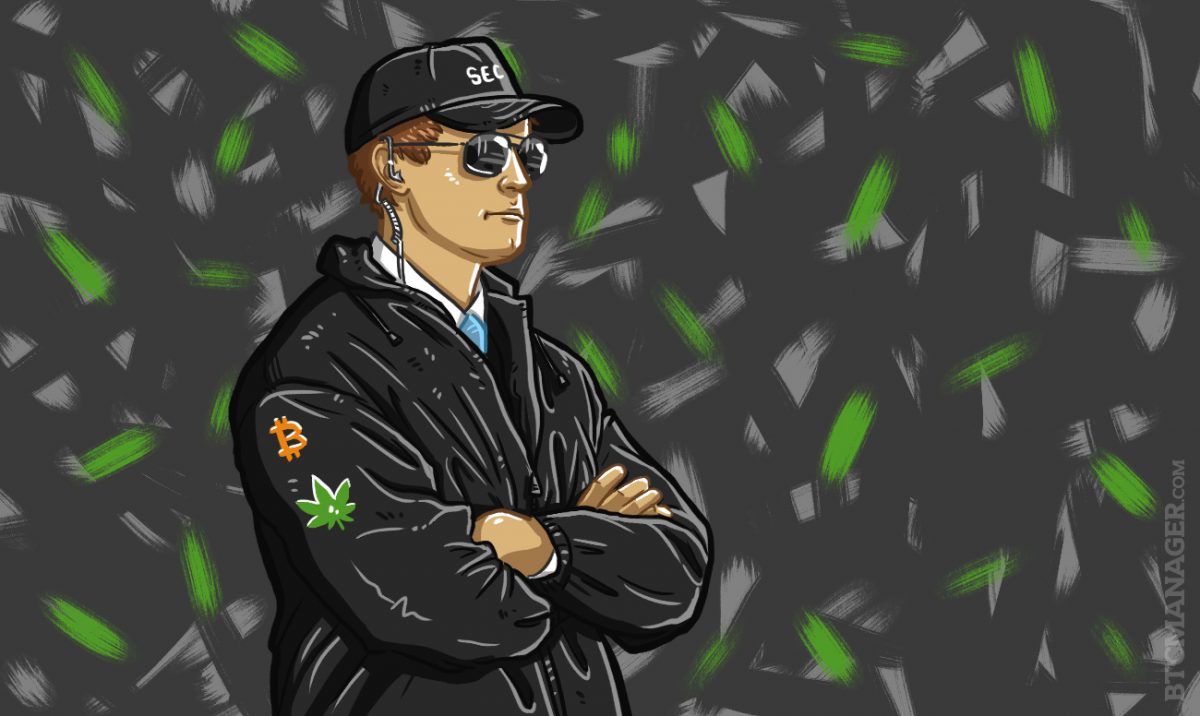 Ever since the introduction of legal marijuana laws in several American states, the cannabis industry has been facing strong opposition from establishment banking institutions. Although cannabis is legal for medicinal purposes in 23 states and is legal for medicinal and recreational purposes in four states (Alaska, Oregon, Colorado and Washington) and the District of Colombia, it is still illegal under federal law.

Because of this, many banks and credit card processors have turned down requests from cannabis industry startups and entrepreneurs to open business banking accounts. Because of this hassle, businesses involved in marijuana sales and distribution are forced to deal in cash, which can be obnoxious and risky as far as security goes.

Recently, Security Grade Protective Services, Inc, a security service provider, announced that they are accepting bitcoin as payment for their services in protection, surveillance, and security for businesses in the cannabis industry.

Derek Porter, CEO, said that they are rolling out this feature in a continuing effort to diversify the company from their competition. “New cost effective solutions for these up and coming cannabis businesses is a must,” he said. SGPS provides video surveillance programs for cannabis providers, and bitcoin integration has proved to be highly favorable to both the company and their clients because of lower payment processing fees and instant availability of funds.

Security Grade Protective Services accepts payments from verified bitcoin wallets, and only has a 1% processing fee as opposed to the standard credit card payment processor fee of 3-5%. “A decentralized method of legitimate payment was a logical move on our part considering over half our clientele are cannabis operator licensees. This gives them another safer option to pay us in an already risky and cash heavy industry,” Porter said.

By default, cannabis industry business owners are already entrepreneurs operating on a new frontier, so dealing with transformative new developments, like bitcoin, is within their comfort level. The cannabis industry has shown a ready approach to accepting technology and digital marketing as a crucial part of developing new business models, so it is unsurprising that bitcoin is becoming an integral part of their cash flow.

Porter told BTCMANAGER that there were no concerns for his company about the negative perception that is associated with bitcoin and cannabis.

“Quite the opposite. We’ve gotten a vibe from our clients that if, at a federal level, they are made to jump through fire hoops they have no choice but find other avenues of approach. Right now, they are forced to find alternative [payment] solutions. Over time, we expect to see a better system of checks and balances, and even safer ways to make transactions.”

According to Porter, Security Grade has AML/KYC protocols in place, including using BitPay merchant services and a Tier 3 wallet in their backend.

With the United States inching closer towards total cannabis legalization on a federal nation-wide basis, the traditional banking system may eventually begin to adopt acceptance of the cannabis industry. Until then, however, decentralized forms of payment remains one of the only ways to consistently provide a transfer of value with less discrimination, regulations and red tape.