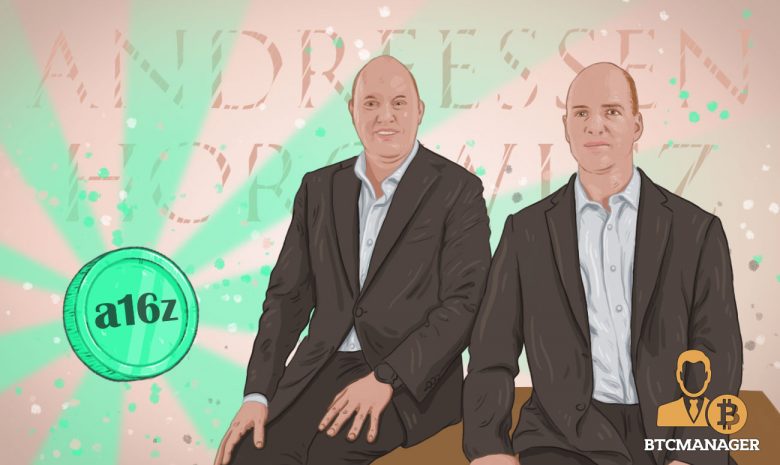 After  the launch of a blockchain and crypto-focused hedge fund, Silicon Valley investment houseAndressen Horowitz (A16Z) has  announced a $45 million funding in blockchain-based privacy emphasized cloud project “Oasis Labs.” The team emphasizes the importance of data security in a way that no other firms have done so far. The investment marks A16Z’s first investment from its $300 million cryptocurrency fund.

Venture capital legend Andreessen Horowitz has been causing a lot of noise in the cryptocurrency & blockchain investment space as of recently. The Silicon Valley billionaire caused an initial stir when he announced he was raising $300M to start a cryptocurrency based hedge fund and VC firm. The firm would be interested in investing in the latest blockchain technologies set to rival existing enterprises and centralized technologies.

The cloud computing provider startup “Oasis Labs” is a privacy-first emphasized firm, with a private test net available through a separate application process. The project is led by CEO Dawn Song, a current professor of electrical engineering at The University of California at Berkeley. The cloud platform will run entirely upon the blockchain and focus on the privacy aspect of cloud computing. This will put it in competition with Amazon Web Services, a centralized cloud computing provider which does not emphasize privacy. A16z is reported to have led the fundraising of its private token sale for a total of $45 million.

In an email to TechCrunch, Song provided a closer look at her vision for Oasis Labs in an ephemeral explanation of the platform:

“We use a combination of trusted hardware and cryptographic techniques (such as secure multiparty computation) to enable smart contracts to compute over this encrypted data, without revealing anything about the underlying data.”

Blockchain for a Cloud Computing Revolution

The cloud and its associated computing processes have been a fascinating topic of discussion when it comes to being integrated with blockchain. The immutability and speed of the blockchain can fit the ease of access that comes along with cloud computing very well. Blockchain technology could compliment the cloud and its frameworks, however for some time now the identity and privacy factor has been a significant issue when it comes to issuing reliable cloud services. While Amazon has distributed its web services in an invaluable way for some time now, its centralization has been brought up as a sector of concern.

Centralization has also been a problem as far as security when it comes to issuing a cloud platform. Tesla saw its cloud platform fall victim to a cryptojacking attack recently, and many cloud issuers have been frequent victims of denial of service attacks.

The Race for a Blockchain-built Cloud

Oasis Labs is not the first of its kind to seek a blockchain-based cloud system, although it may be the most advanced of its kind up until this point. Just recently, Google was reported to begin developing and releasing a blockchain-powered cloud product. We’ve also seen the likes of Playkey, as well as Rockchain, seek to disrupt the cloud-computing industry with blockchain-supported technology. Playkey with a cloud-storage gaming framework, and Rockchain with a form of distributed intelligence data centers stored upon the cloud.

Oasis Labs seems to be the company with the most traction, besides Google of course, within the specified industry. Those mentioned as well yearned for a blockchain-built structure, however, did not cater entirely to decentralization. Oasis Labs seems to be placing an invaluable favor on privacy and decentralization, something that cloud-computing has never seen before.