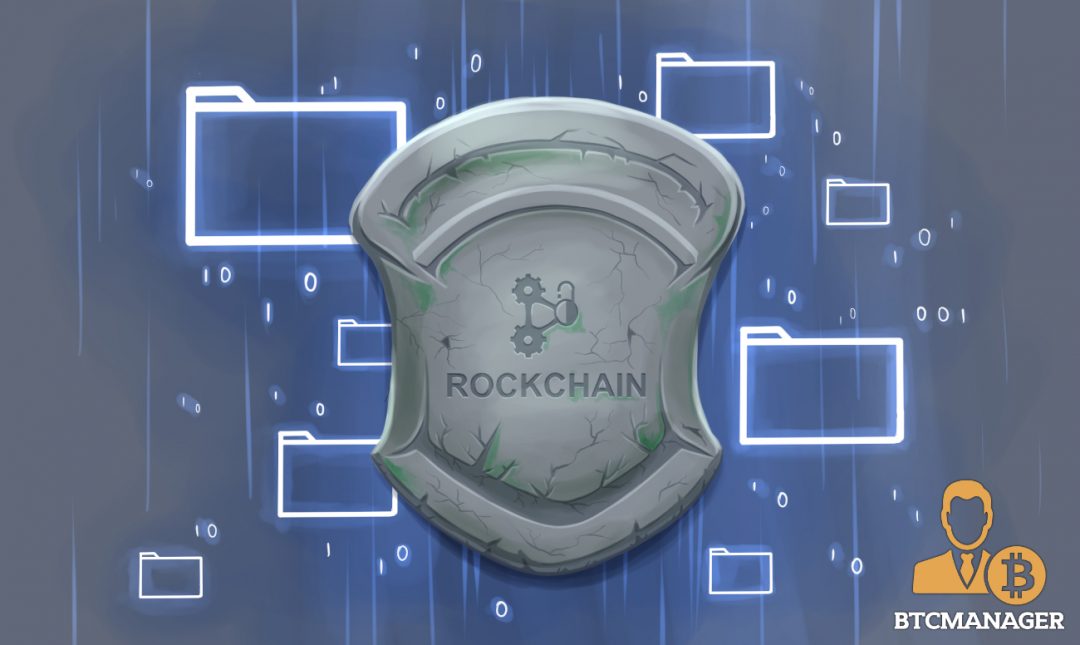 Rockchain, a distributed data intelligence platform connecting to local data stores and performing map reduce operations on structured data, provides secured and auditable computation resources on a totally distributed network, without any central ownership of computation nodes. By connecting to “FactMap nodes”, which are computers inside corporate networks, any data aggregation or computation logic task can be performed. A crowdsale will offer investors the chance to fund the development of Rockchain’s infrastructure, beginning on November 1, 2017.

The rapidly growing cloud service market, which has exhibited an average growth rate of 17.2 percent, is estimated to be worth $200 billion annually. One part of this market, cloud infrastructure services, is the fastest growing component of this market and Rockchain is a pioneer in this space, being the first company to come up with a generic infrastructure to serve all use cases in the industry.

The growing popularity and functionality of blockchain technology has lead businesses to look at the costs and benefits of private, permissioned blockchains versus public, permissionless blockchains. By utilizing a public blockchain, companies lose out in terms of privacy and it would be impossible to easily manage data access. On the other hand, private blockchains do not allow companies to reap the benefits from a global network of resources, such as the world wide web for the internet.

Rockchain’s approach depends on the combination of the two, with the company a strong believer in the need for a heterogenous infrastrucuter, as outlined by the Polkadot approach introduced by Ethereum co-founder Dr. Gavin Wood. The Polkadot protocol was introduced in November 2016 as a way to link up blockchains with different consensus mechanisms, as stated by Dr. Gavin Wood in the opening of the paper:

“The heterogeneous nature of this architecture enables many highly divergent types of consensus systems interoperating in a trustless, fully decentralised “federation”, allowing open and closed networks to have trust-free access to each other.”

The Rockchain project will use the Ethereum blockchain, as the company sees it as a very useful platform when it comes to economic collaboration between different actors. If used for the cloud services industry, Ethereum would permit a scalable worldwide cloud. Independent services could connect, interact and exchange crypto tokens with each other, eliminating the bureacracy of company to company partnerships.

But Rockchain will utilize a variety of technologies, not just Ethereum, as part of its heterogenous infrastructure. For instance, one drawback of Ethereum is that it is a public network that cannot be deployed in both corporate environments and on public nodes. Moreover, scalability is a concern, as the volume of data required by corporations is much higher than its current capacity. Further, storage costs are extremely high, around $100,000 for 1GB and Ethereum is not a privacy-focused blockchain. However, Rockchain can preserve data privacy if required by the FactMap node owner, and in that case the data will never leave the node.

But what are the uses cases? As the whitepaper states:

“A global data intelligence platform could allow a real-time medical distributed research platform, an economical hub for micro-services collaboration, cryptographically proven real-time regulatory reports, globally distributed IOT networks supervision platforms, and much more. Rockchain is opened to new application developers that could base their innovation on both the Ethereum engine and the Rockchain data intelligence platform.”

Rockchain’s infrastructure is also creating incentives for miners to help run the distributed datascripts. A new protocol, known as Proof of Computation, will be rolled out and is made possible since all steps of the script engine are auditable through a hash and the global state of the program is represented as an evolving merkle tree. Distributed computing, therefore, occurs in a hybrid fashion; on private local FactMap nodes and also on the public Rockchain infrastructure.

Rockchain’s Crowdsale Kicks Off in November

To fund the development of the Rockchain infrastructure, a crowdsale will start on November 1, 2017 (11:00 GMT) and lasts until 1 December, 2017. Three editions will be worked on simultaneously, as they operate independently, depending on how much is raised. Bonuses will be available to investors, with 10 percent for the first five days and five percent for the next five days. The total supply of the Rockchain token, ROK, will be 100 million, with 80 percent available to the public during the crowdsale.

Rockchain is raising at least 18,000 ETH to finance the AGATE Essentials Edition. If this amount is not raised, investors will get the option to be fully reimbursed.

The following numbers are based on an ether price of $350. The numbers will be adjusted two days before the ICO, to keep the same amount raised in USD terms:

Rockchain’s closest competitors are Golem and SONM. However, Rockchain introduces their own “Proof of Execution” technology where SONM’s underlying technology is reckoned to be similar, but no concrete details are given. Rockchain differs in that it is creating an intertwined network of datascripts that can call each-other, and that can integrate private or public corporate data while allowing the companies to manage their own access rights, to preserve their data privacy when required.

A Proof of Concept version of the DappBox has been created, the product name of the FactMap node client that can be launched on any operating system. The DappBox is a decentralized file sharing service with orchestration rights on the blockchain. All operations can be performed in the local web interface; the DappBox is hosted on a local webserver (as for any distributed application). All user actions in the DappBox can also be achieved through the DappBox API call, making the DappBox a new layer for Dapps wanting to orchestrate content sharing in a totally distributed environment.

The current DappBox is only functional for PCs, the crowdsale proceeds will help deploying the DappBox interface and API on all mobile platforms. The crowdsale proceeds will also be used in financing interconnectivity of the DappBox shared content network with other distributed protocols (IPFS, SWARM, FileCoin). With a proof of concept ready, investors can be assured that Rockchain will deliver results if their funding goals are reached.

Moreover, the CEO and inventor of Rockchain, Sebastien Jehan, brings with him 20 years of experience in software development for large financial corporations. Jehan also started working on Ethereum in 2015 and founded Ledgys, which is an award-winning startup that provides and advises on blockchain solutions for businesses.

With a working Proof of Concept and a leader with extensive experience, it may be worth considering participating in Rockchain’s crowdsale, as it is a chance to invest in the rapidly growing cloud services sector. By utilizing the Ethereum blockchain and other technologies, the company hopes to integrate public and private networks and provide services such as real-time cryptographically audited regulatory reports, a distributed research platform for medicine and much more.

Interested individuals can find out more about Rockchain from their whitepaper and you can follow the development of the project on GitHub.