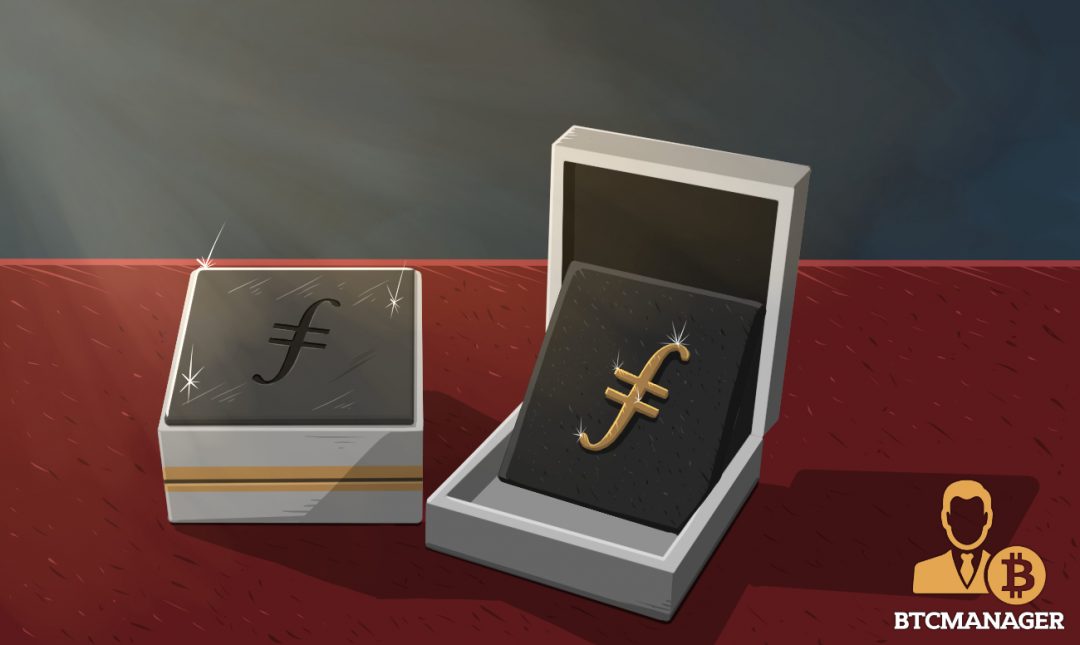 Filecoin, the long-awaited token for the IPFS (InterPlanetary File System) platform recently announced that its ICO will not be open to anyone, only accredited investors will be able to participate. Specifically, this means that only those with an income of at least $200,000 a year or with assets worth $1 million will be able to take part in this ICO.

Juan Benet, the ingenious founder of IPFS and Filecoin, as well as the business entities Protocol Labs and Coinlist, which were developed to manage and direct the funds collected in the Filecoin ICO, tweeted that his reason for restricting the ICO is to be in compliance with United States government regulations.

While this might be partly true, it seems that this ICO model has also been developed for other purposes, such as keeping the gathered wealth staked in the vision of the founders and preventing contributors from using it to make a quick buck in a pump and dump scenario. Although it is questionable whether accreditation would actually be able to prevent pump and dumps. Higher income bracket and/or minimum contributions do not equate to more “loyalty” or dedication to a project.

ICO’s, in general, have been severely criticized and are under heavy scrutiny. Many projects are just a means to an end, where the end is, unfortunately, only to make large piles of money for the project’s team. Benet’s projects, IPFS and Filecoin, aim to build an incentivized decentralized data storage infrastructure based on hashes representing content on a censorship-resistant distributed platform. But Benet’s vision is bigger than a decentralized file system or even a decentralized internet. Benet’s ultimate vision lies with Protocol Labs.

Protocol Labs was created to harness the funding generated by the Filecoin ICO and use it in a way that would be most supportive of long-term research into efficient protocols for better computing, networking, and a better internet in general, including but not limited to new algorithms for mining cryptocurrencies. In a way, Protocol Labs has been structured (and is hoped) to become a sort of crowdfunded Bell Labs for sponsoring research into better computing and internet technologies. This is Benet’s larger vision, and he is supported by several big players. Protocol Labs has already been funded by Fred Ersham, and Filecoin’s seed investors include Digital Currency Group, Y Combinator, and Winklevoss Capital.

Coinlist, a project of Protocol Labs, has partnered with AngelList in an attempt to set standards for token sales by requiring the accreditation of contributors. It wants to lasso in this wild ICO frontier which, in its current state, resembles gambling more than funding. When Fred Ersham mentioned he was leaving Coinbase back in January 2017 to follow his interests in constructing an acceptable and transparent template for future ICO’s to be modeled on, as well as establishing secure and working prototypes for token-holders to transform into self-governing Decentralized Organizations, it is very likely he had already started collaborating with Benet on the development of Coinlist, and Ersham can be expected to play a role in this arena. In a January 2017 blog post, he wrote:

“Tokens align incentives between developers, contributors, users, and investors. They allow everyone who wants to contribute to a project early the opportunity to get in on the ground floor.”

The problem is that restricting an ICO to accredited investors that have at least a $200,000 annual income or $1 million in assets does not allow “everyone who wants to contribute to a project early the opportunity to get in on the ground floor.” While large investments from identified, documented investors might seem to improve the quality of contributions, as mentioned previously, there is no evidence of this. It does, however, exclude a large portion of the population from participating and shrinks “the ground floor for early opportunity” to a small area in which only “the rich” can afford to occupy. This seems entirely antithetical to the principles of decentralization and free markets on which cryptocurrencies were built. From Benet’s point of view, it seems apparent that he is more interested in creating a crowdsourced Bell Labs type corporation/foundation capable of financially supporting long-term research to decentralize the internet than about decentralizing access to the Filecoin ICO. You could say that he is more intent on the decentralization of data and content than the decentralization of financial opportunity.

Are we witnessing a step toward elitism and selective participation? Maybe that was not the intention with Melonport when their ICO finished in ten minutes, or with the Tezos ICO when they set a minimum $250 contribution, or even with Filecoin, or the Ethereum Enterprise Alliance (EEA), or any of the other alliances and cliques that have been formed among big players in the space, but it seems to be having this effect. The lauded humanitarian and utilitarian motivations for developing these kinds of decentralized technologies have, so far, produced little in the way of improving the human condition, but have been extremely efficient in bestowing personal wealth on those small groups who are able to convince others that they are, in fact, working for the improvement of the human condition. Now the opportunity to join an ICO (on Coinlist, at least) will be exclusive based on how much money you earn or assets you hold. It might be understandable to limit ICO’s to those who prove a minimum comprehension in what they are investing, but to limit by income or net worth is suspect. Aren’t these the same inequalities in that make up the old systems which we have been trying to disrupt and reform?

While providing stable income to core devs for the long-term research into beneficial technologies through Protocol Labs might be good for humanity in the long run, and good for the developers in the short run, it doesn’t help the rest of us to get a leg up, or even a foot in the door. By allowing only those with a higher income or net worth to have access to wholesale prices in an ICO, and forcing those of a lower income or net worth to buy the coin after it hits exchanges for (most likely) a higher price, you are helping “the rich” get richer and centralizing access to those already in comfortable positions. This, in no way, represents a free or decentralized market.

Filecoin’s answer to this is that the majority of coins will only be available to those mining the currency (with their Proof of Replication (PoR) and Proof-of-Spacetime (PoSt) algorithms) which awards coins in exchange for hard drive space dedicated to storing files on IPFS.

In this way, Filecoin is like Bitcoin because the majority of coins will be distributed through a mining process, however where Bitcoin mining depends on processing power, Filecoin mining will focus on storage capacity. Realistically though, mining Filecoin will also be limited to those who are prosperous enough to afford to sustain large amounts of storage, fast internet connections, and high electricity costs. So why publicize, advertise and hold a public ICO at all then? It seems like such a tease. And why structure it in a hierarchical pattern catering to the wealthy: seed investors get the first opportunity, accredited investors get second opportunity, and miners and token buyers (on exchange) are the last to have access? Despite the justifications and explanations, restricted ICO’s are still puzzling and seem to be in contrast with the core values of decentralization. Unfortunately, though, this won’t be the last we will see of “ICO’s for the rich only,” as Coinlist seeks to become a platform for hosting ICO’s restricted to accredited investors.

Although, admittedly, there are several problems with the current model of ICO’s, they do allow anyone to participate so that people who have done due diligence and research may have the chance to get in early on a project they conclude to be of potential value with as much or as little money as they feel comfortable assigning. In the Coinlist ICO model, research is worthless if you are not in a higher income bracket because you will first have to wait until the ICO is over to invest. By that time, you will be competing with all the people who never did any research at all but simply heard about the big splash the ICO made when it collected a large amount of funding from accredited investors. This doesn’t seem very equitable. For those of us who were excitedly anticipating the Filecoin ICO for what seemed like forever, finding out last minute that we will be barred from participating because we are not in a certain income bracket is disappointing and seems contrary to all the principles that we stand for in this community.