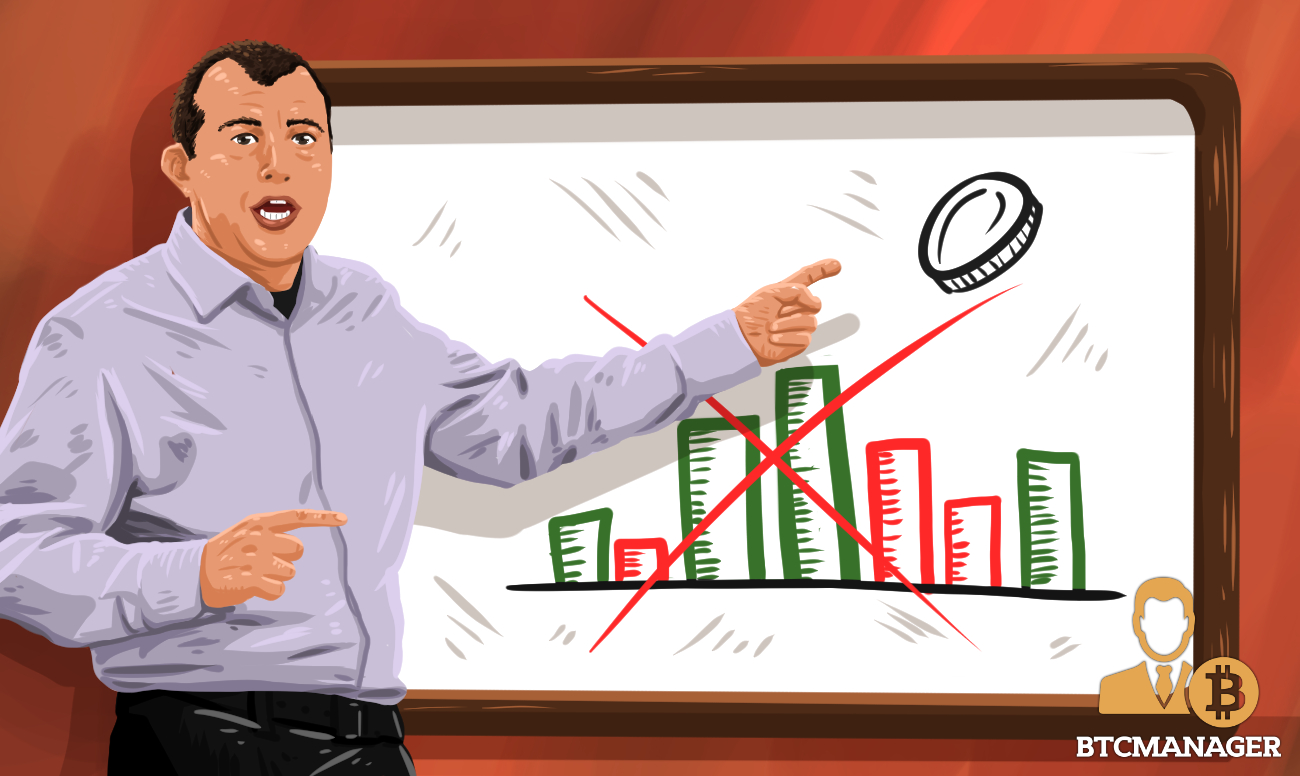 Prominent Bitcoin and security expert, Andreas Antonopoulos, recently said in a talk presented at the University College Dublin in Ireland, that the success of crypto and blockchain can not be measured by price but must be measured by adoption.

Since 2012, the cryptocurrency sector and most major digital assets, such as bitcoin and ether, the native cryptocurrency of Ethereum, have demonstrated a pattern of bubble, eruption, build, and rally, wherein the price of bitcoin spikes to a new all-time high, drops 70 percent, developers build infrastructure around it, and the price rallies.

“If you have a strong local community, what happens when the price goes shooting up across the cryptocurrency space is that a lot of new people start showing up to the meetups with a little sparkle in their eyes. As soon as the price turns, which happens on average just after it climbs to the high point, then most of them disappear. I’ve watched these ebb and flows since 2012.”

In December of 2017, bitcoin was valued at $20,000 globally and over $25,000 in South Korea and Japan. The total valuation of the crypto market cap nearly reached a trillion dollars, solidifying itself as an emerging asset class. However, over the past six months, the cryptocurrency market recorded a 70 percent correction, in a similar fashion to the 2014 bitcoin correction. The price and volume of most major cryptocurrencies fell from 70 to 90 percent, including bitcoin. Consequently, the demand for digital assets declined, as portrayed by various indicators such as Google Trend, trading volume, exchange usage, and the daily transaction volume of digital assets.

Prior to the major correction of the crypto market, Ethereum co-founder Vitalik Buterin, emphasized that the community has not done enough to justify the valuation of the cryptocurrency sector. Buterin stated that cryptocurrencies like bitcoin and ether have banked some unbanked people, provided decentralized infrastructure to some users, and created an alternative financial system to a certain extent, but not enough to justify a $500 billion market cap.

Antonopoulos explained that as a decentralized technology, cryptocurrency has the potential to permanently change and revolutionize the way individuals and businesses understand finance, by eliminating intermediaries. He noted that the growth of crypto and its success cannot be determined by price because the market moves on its own, but rather is determined by the adoption of the technology and its actual impact on the global financial system. Antonopoulos stated:

Individuals In it for Short-Term Gains Will not Survive

Cryptocurrency is a rapidly growing asset class, and the industry surrounding it is still at its infancy. Core developers of public blockchain networks like bitcoin and Ethereum are building infrastructures and two-layer networks that will allow decentralized applications to potentially benefit from a million transactions per second.

Only when cryptocurrencies are widely utilized as the main financial system of the global economy can it be conclusively stated that digital assets have achieved success based on their philosophy and initial objective to replace banks, intermediaries, and third party service providers to enable a better, cheaper, transparent, fair, and a more secure financial system for everyone.