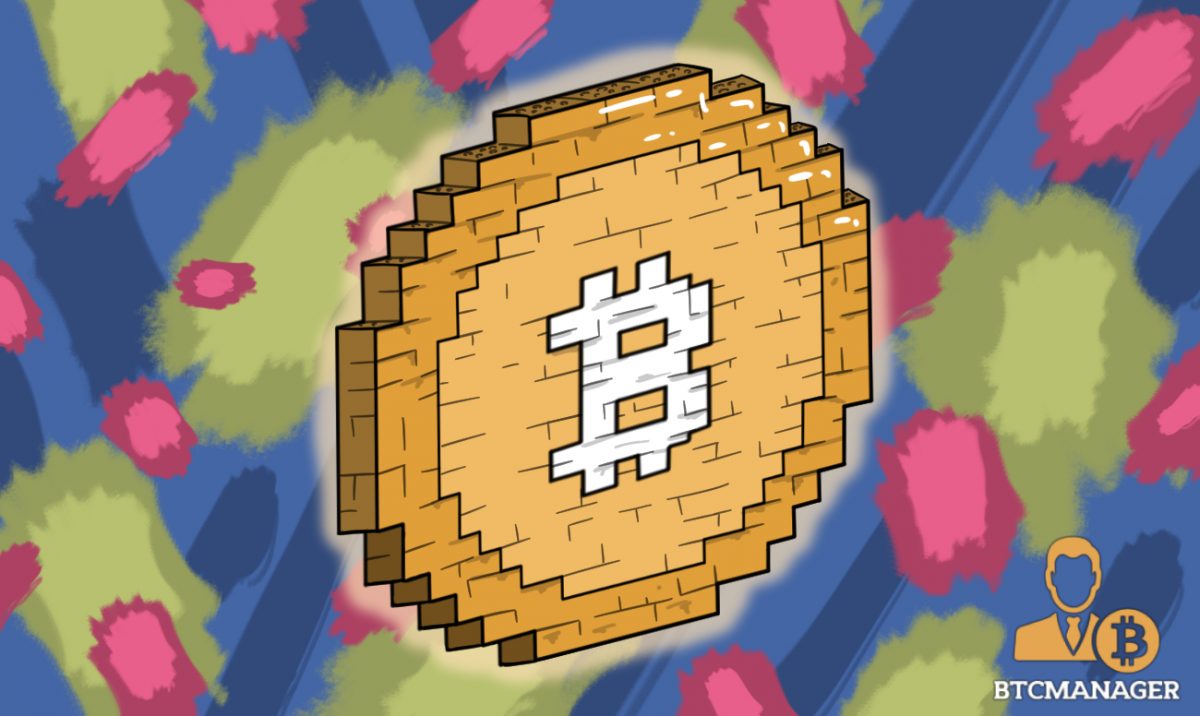 Artist Andy Bauch has rendered artworks made of images generated using real-time virtual wallet addresses. Feeding the string of address letters and numbers through an algorithm produced a series of patterns that Bauch has employed to generated Lego “paintings” that contain the wallet address for anyone to claim the funds in the form of bitcoin.

Every piece of art is a visual representation of a private cryptocurrency wallet key. In a show of art rewarding the buyer, anyone back-working the graphic representation can decipher the formula and thus the key to a stash of digital currency.

The artist began taking an interest in cryptocurrencies in 2013 but says he is not a “rabid promoter” of any particular coin nor the phenomenon itself. Bauch is rather a product of modern digital life distilling in the mind of the artist, producing aesthetically pleasing yet also digitized artworks.

His latest exhibition is being staged at Los Angeles’ Castelli Art Space. Titled “New Money,” the exhibition opened Friday, March 23, 2018. Saying that each individual art piece is “a secret key to various types of cryptocurrency,” Bauch is one of a handful of artists who have played around with cryptocurrency, secret messages, and graphics rendering.

In 2015, @coin_artist revealed a painting allegedly containing $50,000 worth of bitcoin for anyone who could decode the link to a wallet. Known as “The Mystery of Satoshi Nakamoto,” that puzzle remained unsolved until recently when on February 1, 2018, someone solved the riddle and drained the bitcoin wallet.

In spite of some doubt, the creators confirmed that they had not withdrawn the puzzle by sacking the wallet, but that an external user had actually solved the riddle and claimed the funds.

Bauch’s Work Spans the Gap Between “New Tech and Humanity”

In preparation for his latest project, Bauch bought some bitcoin, litecoin and other virtual currencies and stashed them in wallets. He then fed the private encryption for each wallet into an algorithm that generated a variety of graphic images for each, from which Bauch chose the most pleasing.

Although he tweaked the process here and there in order to generate images that were both accurate in carrying the encoded information as well as appealing to his sense of aesthetics, he insists the code is decipherable and legitimate. Bauch tested and retested the reverse extrapolation to ensure that someone who figures out the code will be given correct information in the form of a wallet address to claim the contents.

Bauch said that a lot of his work is an attempt to “span this gap that often exists between new technology and humanity.” He enjoys using Lego as a medium as, for him, the final assembly is reminiscent of a highly magnified pixel deconstruction. Bauch is also employing the mass-produced blocks to create another series of portraits of people who have lost their jobs to technology.

The current artwork titles detail what type of digital coin the wallet that is rendered in the piece contains and also a period value of what the relevant currency was worth at the time he created the wallet. There will be a live feed of the market value of each wallet projected during the exhibition.

Bauch and the “Satoshi Nakamoto Riddle” creators are not alone in their fascination with cryptocurrencies, although Bauch and others have perpetuated the original altruism and democracy imagined by the Bitcoin project. Another artist who responded to blockchain technology’s impact on the world was Brad Troemel. Probably most well-known for his collaboration with Tumblir that produced “Jogging,” he began including actual “Bitcoin pieces” that were shrink-wrapped into his works some years ago.

In Troemel’s case, the coins were emblazoned with the actual wallet keys and thus whoever bought the artwork immediately inherited the coin values as well. When interviewed about potential buyers of his works, Bauch said that he would “… give them a hint” to aid them in their quest to decipher the code and claim the currency. However, the codes have been cracked already, with a blog post from James Stanley explaining how he cracked the bitcoin keys in the Lego artwork.