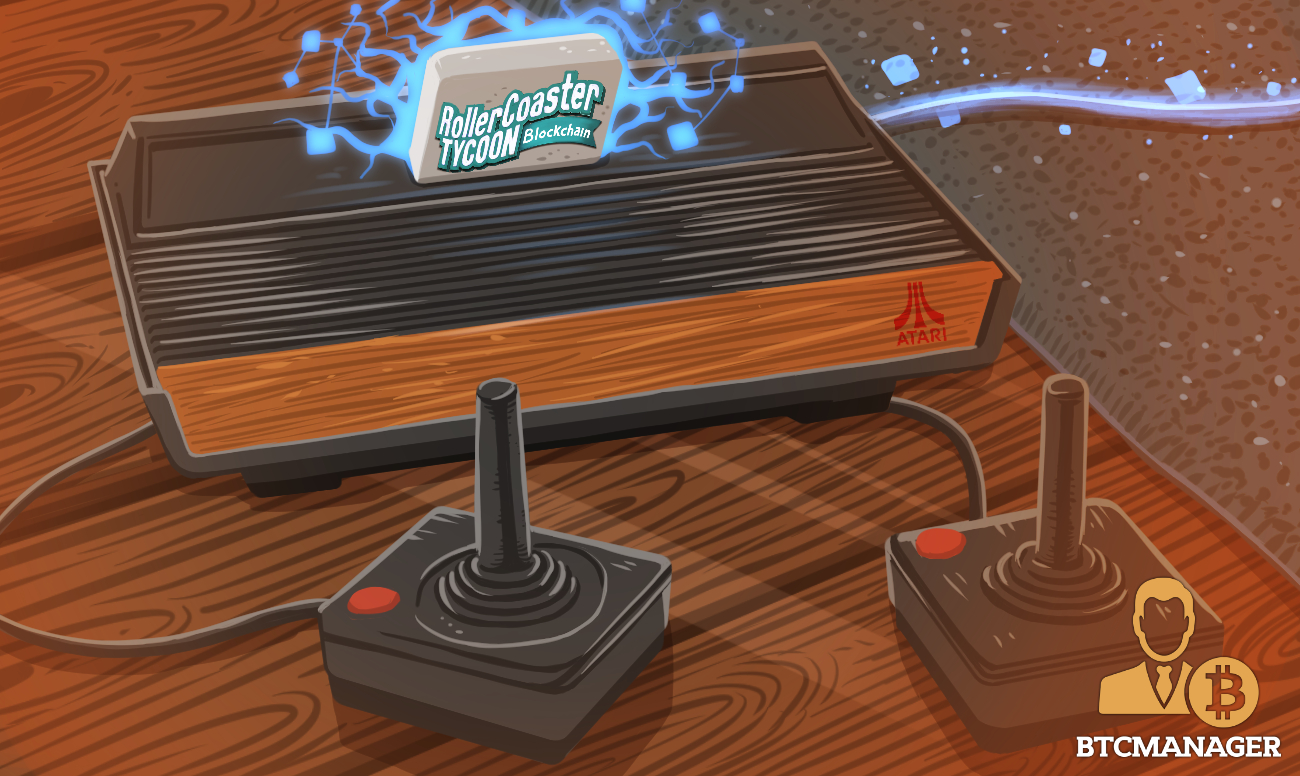 Video game maker Atari has entered into a license agreement with blockchain startup Animoca Brands, giving the company full authorization to port some of Atari’s most popular franchises to a decentralized ledger-based platform. In a press release issued December 18, 2018, Atari said that it had granted Animoca the rights to produce and publish blockchain versions of Roller Coaster Tycoon Touch and Goon Squad worldwide.

The titles will reportedly feature the integration of non-fungible tokens (NFTs). However, more technical details regarding the implementation were not revealed.

Founded in 2014, the company has over 30 games listed on the iOS and Android app stores, spanning a range of genres. In the past, it has also developed several apps and games for American multinational toy manufacturer Mattel.

As per the terms of the deal, Atari has granted Animoca Brands the license in exchange for “a minimum guarantee against future revenues of $250,000, payable in shares of the Company’s stock.” The companies will also engage in a revenue split once the two titles generate gross revenues exceeding $500,000. Animoca Brands expects the games to be ready for release by the end of 2019.

In the press release, Atari said that its Roller Coaster Tycoon Touch game had been downloaded 19 million times since its launch. It continued:

“[The game] has benefited from the successful launch of the water park expansion in July 2018 as well as the addition of new restaurant features in September 2018 in partnership with Foodgod (aka Jonathan Cheban), famous for his reality show appearances on the hit television show ‘Keeping Up with the Kardashians,’ who gathers a community of 3 million followers.”

The two companies have also signed a memorandum of understanding to research additional overlap and mutual opportunities in the gaming, product development, and blockchain sectors.

Frédéric Chesnais, the CEO of Atari, was quoted as saying, “We are proud and delighted to enter into this long-term and strategic relationship with Animoca Brands, which also allows us to become a shareholder in one of the most exciting innovators in the world of decentralized gaming. We hope that this agreement paves the way to further cooperation on other Atari products.”