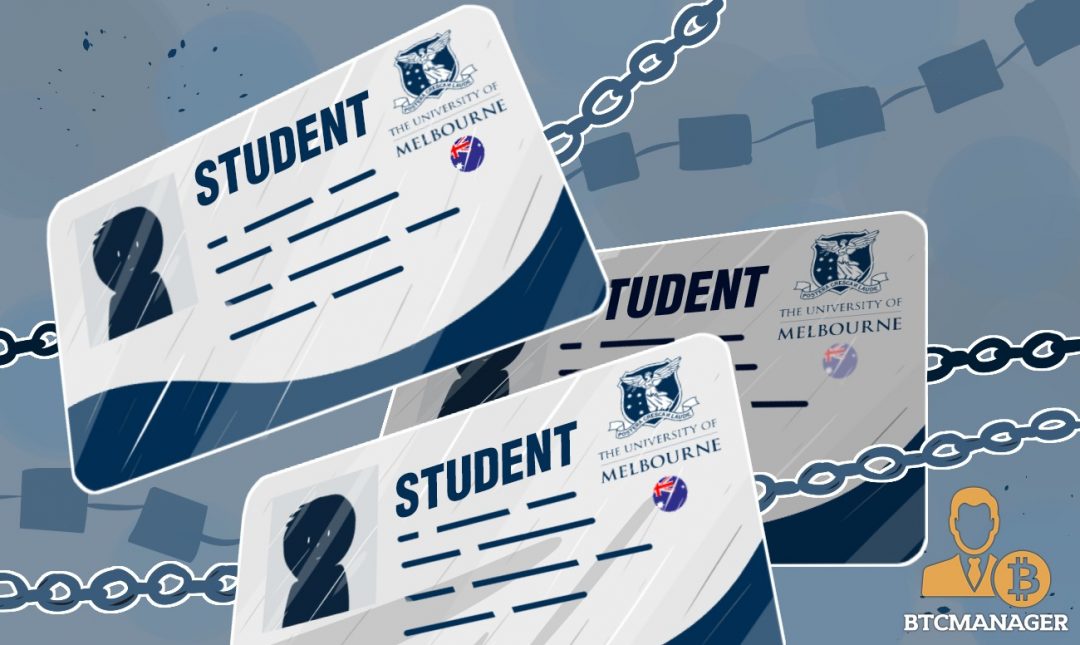 The University of Melbourne is rolling out a blockchain-based student record system, one of the first in the world to utilize the technology behind Bitcoin in this way. Working in conjunction with U.S. blockchain startup Learning Machine and the Massachusetts Institute Of Technology (MIT) Media Lab, the University will test Blockcerts, the blockchain-based micro-credential system.

The University of Melbourne is among a small number of universities, between five to ten across the world, which have been selected to take part in trials for Blockcerts according to a press release on the institution’s website. Gregor Kennedy, Pro Vice-chancellor (Teaching and Learning) explained why the university considers this a good move to produce graduates who can compete at market level:

“In a future where career ‘churn’ and constant technical and organisational innovation are the norm, employers are looking for ways to verify the know-how and skills of employees at a very granular level.”

On the benefits that the blockchain-based system would have for students, Kennedy added, “Similarly, students are increasingly interested in showing the specific skills and abilities they have acquired and developed. Micro-credentials, verified through secure, distributed platforms like Learning Machine’s are a means to address this.”

The trial is initially set to be used in an internal program, the Melbourne Teaching Certificate, which will run in July but a wider roll-out for 2018 is under consideration. Malta has also been piloting Blockcerts, the first European country to do so, as BTCManager reported in January 2017.

Since the blockchain is immutable, its has great utility when it comes to securely storing data; this gives both the student and the potential employer a high degree of confidence when it comes to the applicant’s credentials stored in the system.

“Anyone who needs to verify official records, such as employers, can quickly check the validity and authenticity of each certificate. Any attempt to change, embellish, or otherwise misrepresent a micro-credential represented by a certificate will cause the verification to fail.”

She also said that Blockcerts allows users to pick who they share their data with, giving users a degree of control over their information.

Pro Vice Chancellor Kennedy added that these credentials do not replace the traditional degrees awarded by the university but complement them since they include specific skills the student may have acquired:

“The knowledge, understanding, and experience gained from a University education, acknowledged through the award of a traditional degree, are incredibly important for both the individual and our community. Micro-credentials complement these forms of recognition by allowing universities to acknowledge a range of specific skills individual students may have developed. If anything, we see this trial as experimenting with new ways to recognize learning.”

According to the Australian Financial Review, other Australian universities also looking to adoption blockchain solutions are Deakin University and Australian National University (ANU). Deakin University’s Deputy Vice-Chancellor, Beverly Oliver, said: “Based on the learnings and prototypes to date, we are exploring the use of blockchain in a wide range of functions, from digital identity, through payments to academic records.”