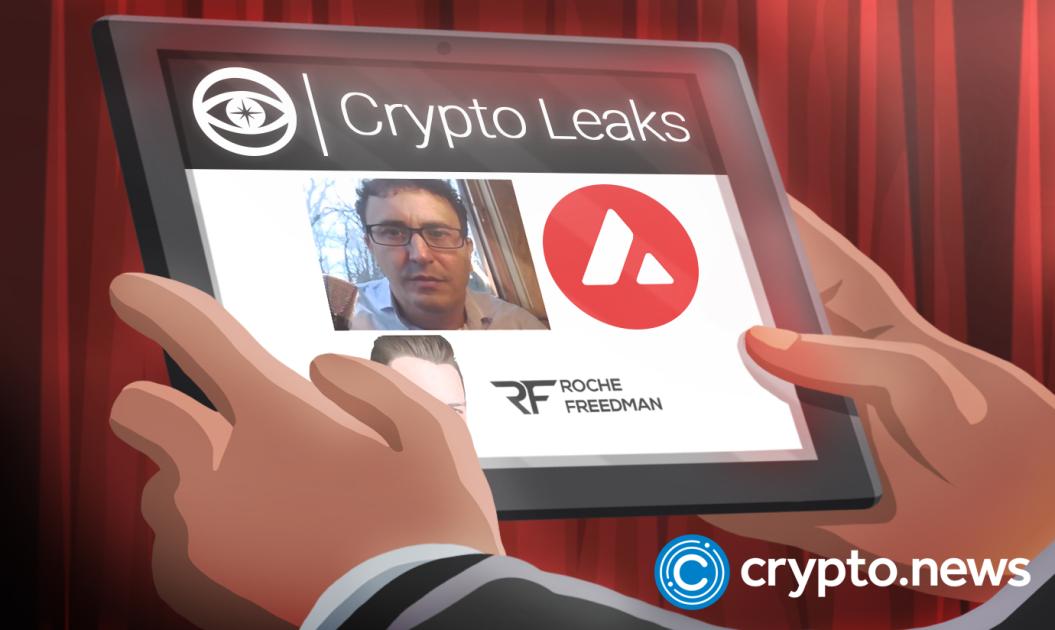 Sirer made the comments in a tweet to his 280,500 followers on August 28. He was responding to a story published by CryptoLeaks on August 26 that alleged the company had formed a “secret pact” with the U.S. law firm Roche Freedman to “attack and harm crypto organizations” using the American legal system “gangster-style.”

According to CryptoLeaks, Roche Freedman and Kyle Roche have an agreement to offer legal services to Ava Labs in exchange for the AVAX tokens and Ava Labs equity, and they plan to use “litigation as a tool” to hinder competitors and mislead regulators like the Security Exchange Commission (SEC) and the Commodity Futures Trading Commission (CFTC).

Roche Freedman is a legal firm noted for its involvement in the crypto sector; it recently sued Binance.US over Terra’s demise and initiated a complaint against Solana Labs, alleging SOL was an illegal security.

According to the publication, the videos of Roche indicate a close relationship between Roche and Sirer that started in academia, and that they also shifted into a co-working space together in August 2019, around the time the arrangement was formed for him to give legal services in return for token supply. Roche said:

“Gün [Sirer] … we did a deal, where I agreed to provide legal services in exchange for a certain percentage of the token supply.”

Another video shows Roche stating that they “used [litigation services] as a strategic instrument to support Ava Labs.”

The subject claims to have insider knowledge of how the crypto world operates. “Because I sue half of the companies in this space, I know where the market is going,” he says. He later says that Roche Freedman’s lawsuits served as a distraction for US regulators, diverting attention away from Ava Labs. “They haven’t been sued yet, and there’s a reason for that,” he says. “I deal with making sure the SEC and CFTC have other magnets to go after.” In addition, he asserts that he has helped assure that Ava Labs is not subject to any regulation.

Over the weekend, the CryptoLeaks article made the rounds on Crypto Twitter. Several famous crypto personalities picked it up late Sunday, prompting Emin Gün Sirer, founder and CEO of Ava Labs, to go to Twitter. He strongly refuted the article’s allegations, calling them “conspiracy theory nonsense” and asserting that Ava Labs would “never engage in unlawful, unethical, or just plain wrong behavior.”

Meanwhile, Sekniqi described the story as “stupidity to the maximum mega giga level written by some ICP conspiracy site.”

Roche Freedman’s LinkedIn profile includes no mention of Ava Labs, and there is no public record from either party confirming their relationship.

Interestingly, Gün Sirer has previously referred to Roche Freedman as “top notch,” and the official Avalanche Twitter account is one of its 627 followers. Roche’s account is followed by Avalanche, Gün Sirer, and Sekniqi.