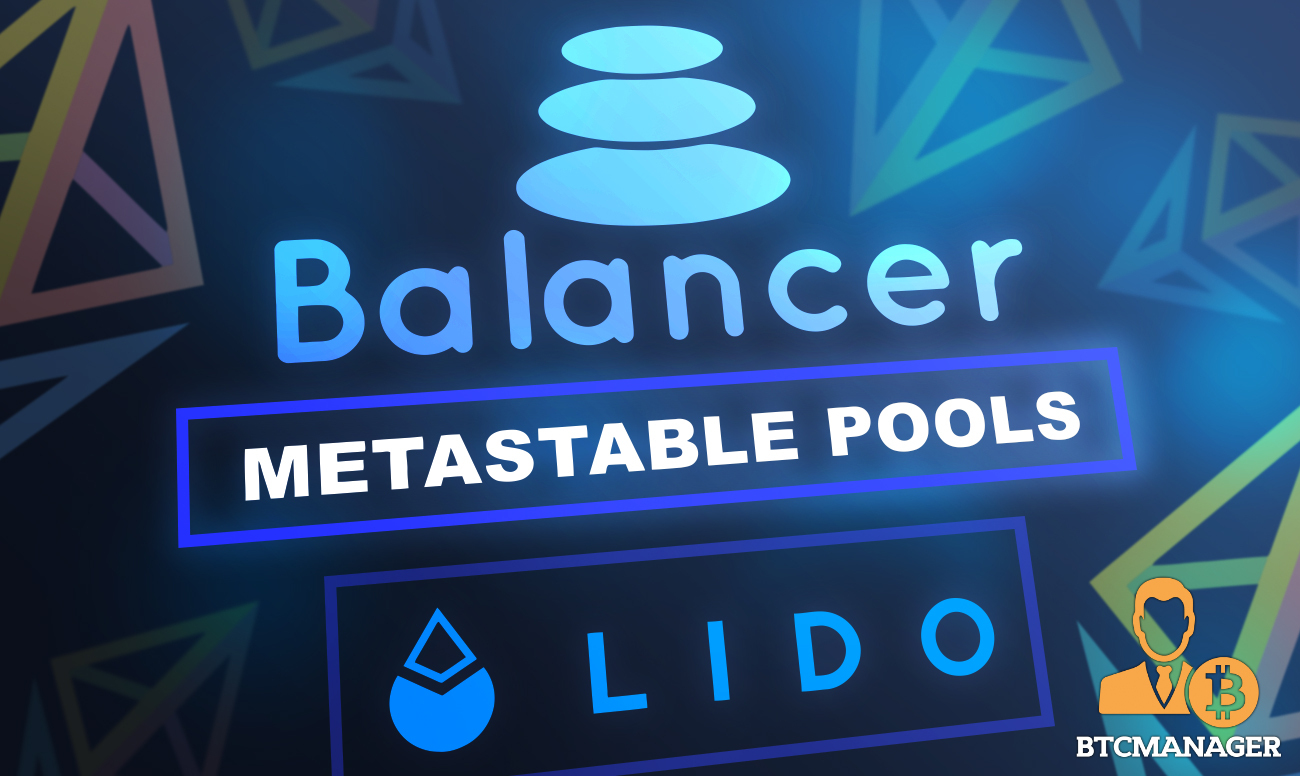 MetaStable Pools differ from the normal stable pools in the sense that they are a much better option for tokens that are highly correlated but not hard-pegged in prices. Considering this, MetaStable Pools are attractive for pegged tokens that gradually accumulate fees.

Notably, a major use-case for MetaStable Pools is that of “nesting” where it essentially nests other pools by holding their Balancer Pool Tokens (BPTs) to enable cheap swaps between their constituent tokens and those of the said nested pool – in a way that assumes all the component tokens were in a single pool.

The other part of the announcement is Balancer’s partnership with Ethereum staking platform Lido.

In concurrence with the launch of MetaStable Pools, liquid staking protocol Lido is launching a pool to enable trades between ether (ETH) and staked ether (stETH) to provide liquidity for stakers securing the Ethereum Network.

Notably, the pools will be co-incentivized with both LDO and BAL rewards to propel further liquidity and give users enough liquidity rewards to foster participation.

Already 2,500 BAL per week has been allocated to the pool with an additional 25,000 LIDO per week for the first month.