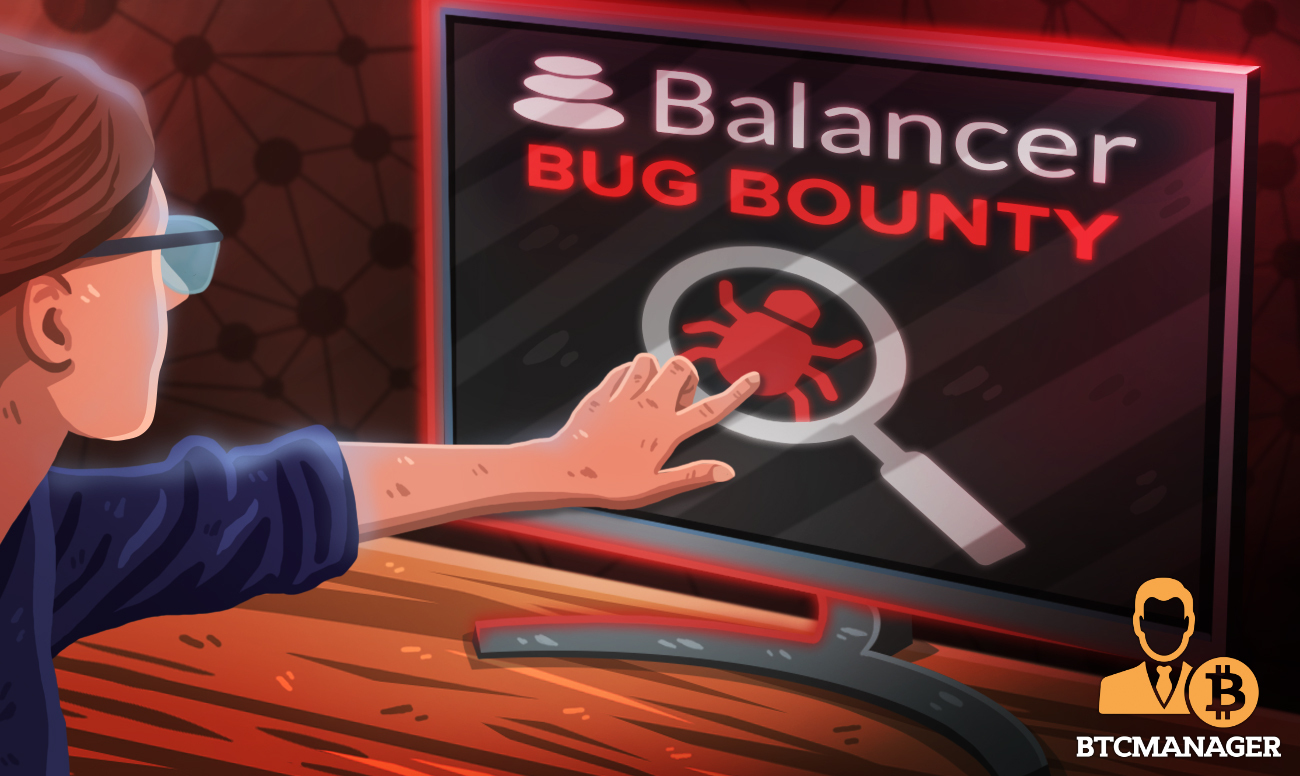 Balancer Labs, the foundation behind the Balancer Protocol, has offered the largest bug bounty prize on record in its attempts to root out vulnerabilities in its V2 Vault architecture. The foundation contributes to the Balancer protocol, which provides liquidity and offers users automated portfolio management.

The announcement of the record bounty program with a top prize of 1000 ETH (over $2M) comes as Balancer launches its most significant upgrade to date — the Balancer V2 Vault.

The V2 Vault is a single vault that manages and holds all user funds entrusted to the Balancer protocol. The upgrade should help streamline transactions and reduce transaction fees on the protocol.

V2 smart contracts were made available to developers on April 20th. They offer the tools required for anyone to leverage capital efficiency in new and innovative ways. Since there is so much at stake, the Balancer team deemed it prudent to allocate ample resources to guarantee the security of V2.

To this end, the team has kicked off their lucrative bounty reward program to incentivize ethical hackers to identify any vulnerabilities in the V2 smart contracts. The Balancer Labs vulnerability tests are scheduled to take place in late April of 2021.

The latest effort to fortify the V2 vaults by deploying a team of tech-savvy hackers to find bugs in the system shows that Balancer has learned from the past.

In June 2020, the protocol suffered a devastating attack where hackers managed to siphon a half-million dollars in tokens by manipulating the smart contract of a staking pool.

The hack highlighted a worrying trend where malicious actors increasingly target Defi platforms. The latest example is DODO DEX, a DeFi project that suffered an exploit to its smart contract in March 2021.

A study done by CipherTrace revealed that 50% of attacks that occurred in the crypto sphere in H2 of 2020 were targeted explicitly toward DeFi Projects. The hacks on DeFi resulted in losses of up to $47.7 million.

These worrying statistics seem to have prompted Balancer Labs to intensify their efforts to safeguard their protocol. Balancer Labs CEO Fernando Martinelli noted:

“The more there is at stake, the higher we believe our bug bounty rewards should be. The bug bounty program empowers everyone in the developer community to help us build a better Balancer.”

Bug bounties are emerging as a creative way for security researchers to identify weaknesses in various systems.

Tech-savvy developers are also cashing in big on these reward programs, which require them to find and report software and system flaws for tech companies. As per a recent BBC report, nine ethical hackers raked in a record $40m from bug bounties in 2020 alone.

The Ethereum Foundation rolled out a bounty program that offered prizes of up to $50K last year. The process aimed to sniff out critical vulnerabilities found in the imminent ETH 2.0 network.