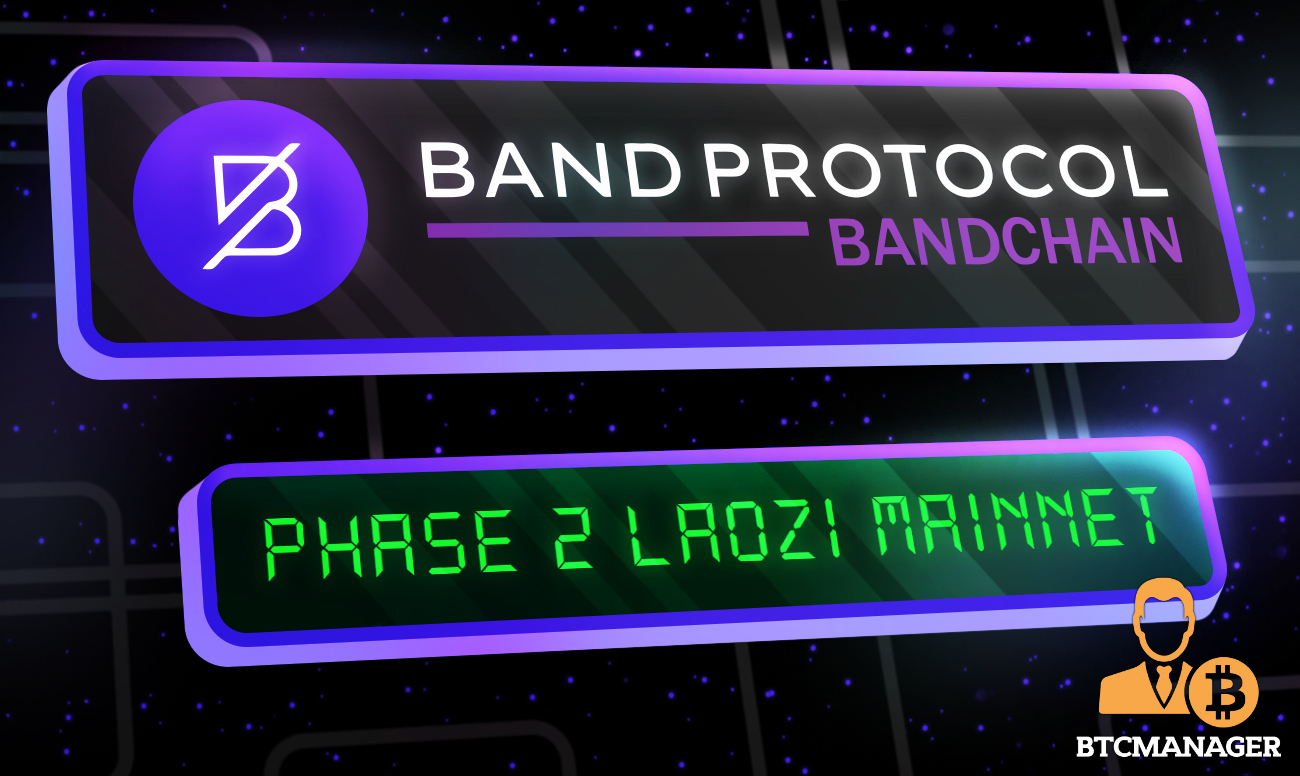 According to the official announcement, the upgrade is expected to take place on July 13, 2021, and it will bring to life several outstanding features like the on-chain payment, Cosmos IBC integration, and getstarport integration.

Laozi Testnet #1 upgrade was a reliable and stable network performance over the past months, and the project is ready for the next step.

The BandChain network will experience downtime and transactions on the blockchain network during the upgrade window during that period.

Integration partners will be using a Proof-of-Authority BandChain network during the upgrade period, which will take about six hours to ensure that oracle data will continue to be served with no effect on functionality or user experiences.

After the mainnet upgrade, the platform plans to facilitate full IBC compatibility, facilitating an effective token transfer and oracle data between Band Protocol’s BandChain and other IBC-compatible chains like Secret Network and Injective Protocol.

Band Protocol is a blockchain project fueling the exchange of information between decentralized networks and feeds smart contracts with real-world data. Its ecosystem is built around speed, scalability, inter-chain compatibility, and data flexibility.

The protocol has a flexible oracle that enables smart contract developers to request data, including but not limited to random numbers, sports, and weather-related data. Through WebAssemby (WASM), developers can create personalized contracts fed with data from real-world events through APIs.

The Band protocol fetches data from multiple sources and also aggregates them. Aggregation ensures that the data format is in harmony with a variety of decentralized platforms.

The Band project was founded by three tech people, including Soravis Srinawakoon (CEO), Sorawit Suriyakarn (CTO), and Paul Nattapatsiri (CPO). Soravis has advanced experience in computer science and has appeared in the Forbes’ 30 under 30 lists.

Sorawit is a tech guy with a competitive programming background. He has been involved with Quora and Dropbox and drafts all sorts of programs ranging from formal verification (Coq) “smart contracts.

Paul is involved with Tripadvisor, Turmapp and has also created cryptocurrency games that have gained more than 800,000 users since 2013.

Users will use the same wallets/private keys/mnemonics to access their accounts after the upgrade is done. Major exchanges may disable native BandChain token transactions, though ERC20 is expected to be functional as per normal.